Chinese battery maker EVE Energy's board of directors has approved the joint venture with SK Innovation and Chinese battery material producer BTR to build a cathode manufacturing factory in China, according to local reports.

SK Innovation is expected to invest 25 percent in the joint venture, while EVE Energy and BTR will hold 24 percent and 51 percent stakes in the proposed entity, respectively. The amount of the total investment was not disclosed.

SK Innovation has agreed to the deal to enhance its battery manufacturing capacity in China and will disclose the terms once its board of directors approves the investment, a company spokesperson said.

Cathode is a key material for lithium-ion batteries used in EVs, accounting for about 40 percent of the total manufacturing cost.

The Korean battery maker has stepped up its EV battery production capacity in China via joint venture investment to meet growing demand in the world's largest auto market.

SK Innovation and EVE currently operate a joint battery factory in the eastern city of Yancheng. 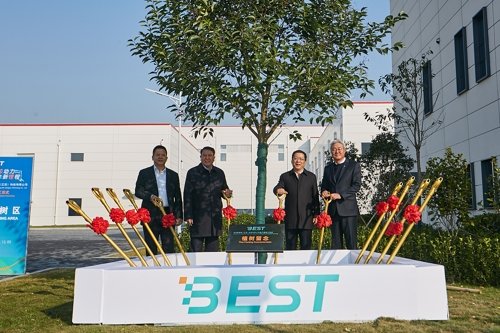