SEOUL, May 18 (Yonhap) -- South Korea has confirmed 247 more cases of major variants of the new coronavirus, raising the total caseload to over 1,000, amid concerns that the country's fight against the pandemic may be stressed by more transmissible strains of the virus.

The Korea Disease Control and Prevention Agency (KDCA) said of the newly identified variant cases from May 9 to 15, 195 were local infections, while 52 were imported cases, bringing the total variant cases the country has confirmed since October last year to 1,113. 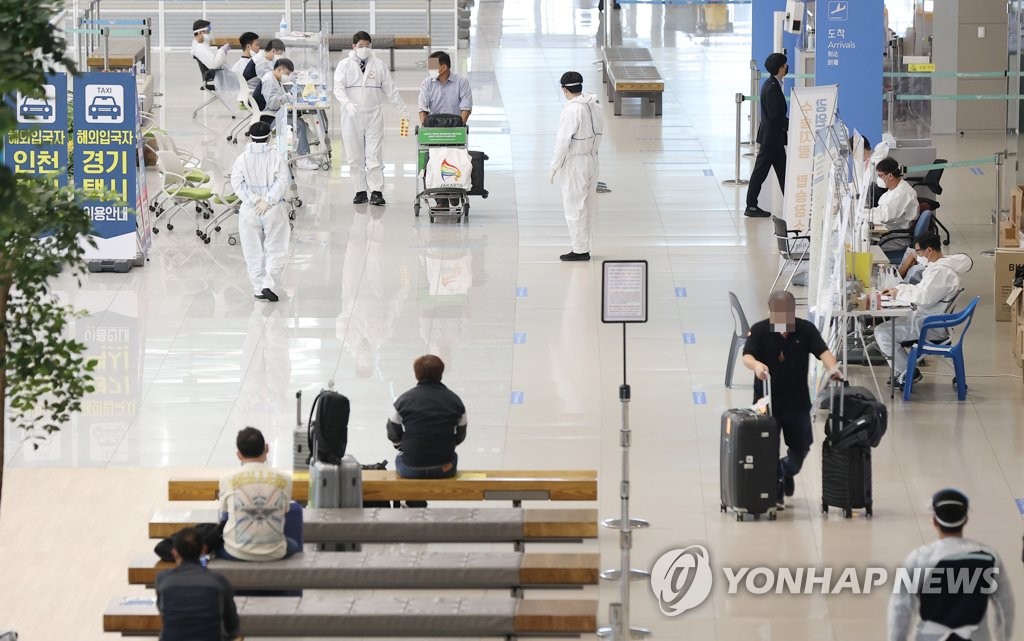 Health authorities said they also identified 581 other emerging variant cases, including 552 that originated from California.

South Korea has stepped up efforts to block the spread of variant cases in the country, strengthening quarantine measures for arrivals from India in light of the spike in infections there.

All arrivals from India must stay in state-designated shelters for seven days out of a total 14 days even if they test negative for COVID-19. They must also be tested three times over the two-week isolation period, instead of the usual two.

Regular flights between South Korea and India have been suspended since March last year over virus concerns. South Korea started to suspend non-regular flights on April 24 to better contain the Indian variant of COVID-19, though it has allowed flights carrying South Korean nationals.

All foreign arrivals to South Korea must undergo a two-week isolation period, except for people who have been fully vaccinated here and test negative for the virus.