SEOUL, May 18 (Yonhap) -- South Korea will take part in an annual U.S.-led multinational air force exercise for the first time in three years next month, joining Japan and other countries in the maneuvers designed to improve interoperability, the Air Force said Tuesday.

The Air Force plans to send F-15K fighter jets, cargo planes and dozens of troops to the Red Flag-Alaska 21-2 exercise set to take place in Alaska from June 10-25 involving around 1,500 service members and 100 aircraft.

Earlier, the U.S. Seventh Air Force said that the Japanese self-defense air force will also participate in the exercise, which will enable the forces to exchange "tactics, techniques and procedures while improving interoperability with fellow airmen."

The upcoming event will be the first major combined military exercise among the three nations under the Joe Biden administration, which has called for the improvement of security ties between Seoul and Tokyo to better deal with North Korea and China.

The Korean Air Force last participated in the Red Flag program in 2018. 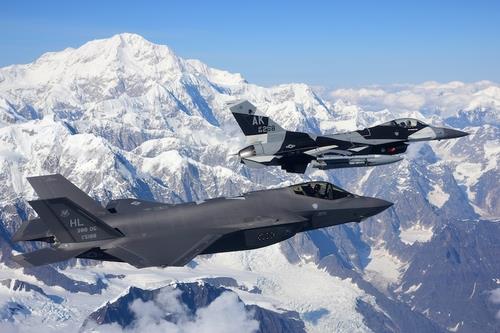