There were eight additional virus deaths, raising the total to 1,912.

The country has so far reported more than 1,000 cases of variant strains of COVID-19 from Britain, South Africa and Brazil, with southern cities, such as Ulsan, reporting the most variant cases. On Tuesday, 15 people were confirmed to have contracted the Indian variant of the virus. 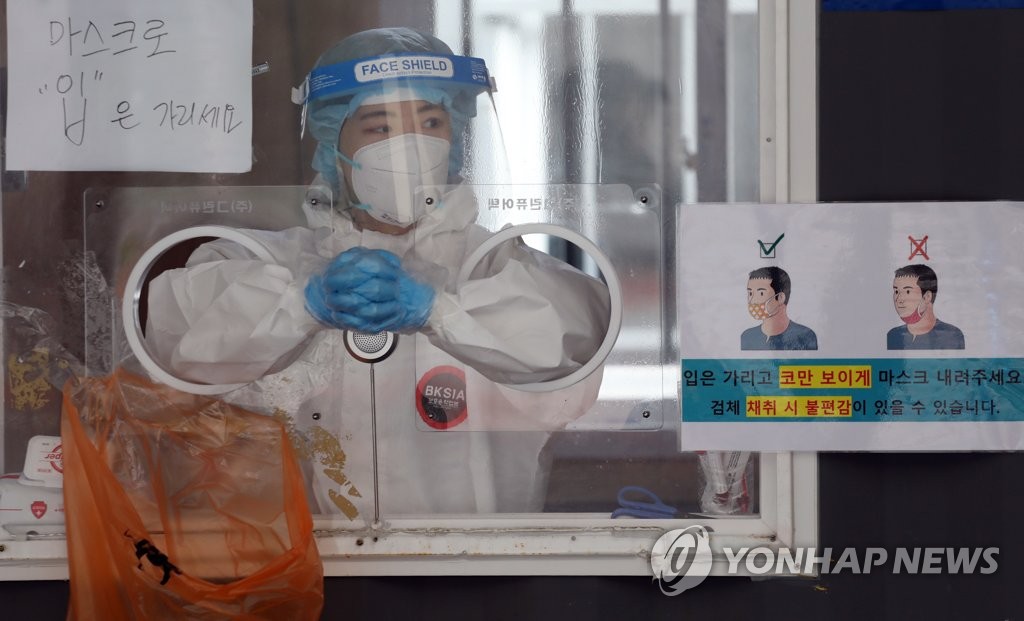 As of Tuesday, 1,040,603 people, or 2.3 percent of the country's population, have been fully vaccinated, receiving both doses of two-part vaccines.

A total of 23,124 cases of side effects after vaccinations have been reported, up 925 from two days ago, although 95.5 percent of them were mild symptoms.

A total of 140 post-vaccination deaths, up 17 from two days ago, have been reported, although the exact causes of the deaths remain unknown as health authorities could not determine causality.

Of the locally transmitted cases, 245 came from Seoul, and the surrounding Gyeonggi Province accounted for 159.

The total number of people released from quarantine after making full recoveries was 123,237, up 606 from a day earlier.