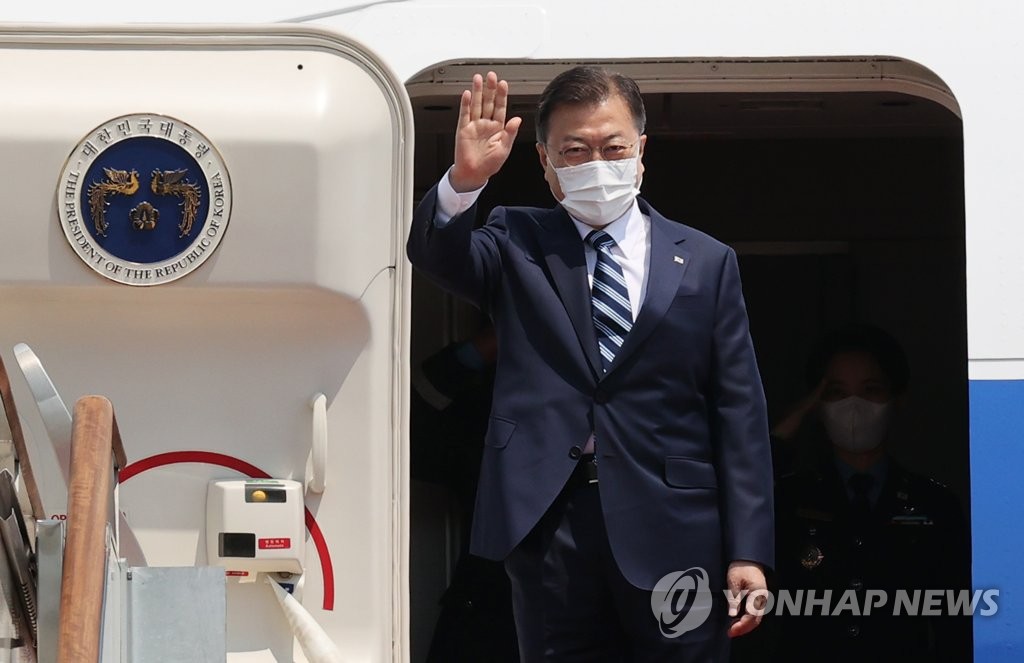 Moon is making his first overseas travel in 1 1/2 years, having skipped foreign visits due to the coronavirus pandemic since a trip to China in December 2019.

Moon leaves for U.S. to hold summit with Biden on vaccines, N. Korea

Moon leaves for U.S. to hold summit with Biden on vaccines, N. Korea