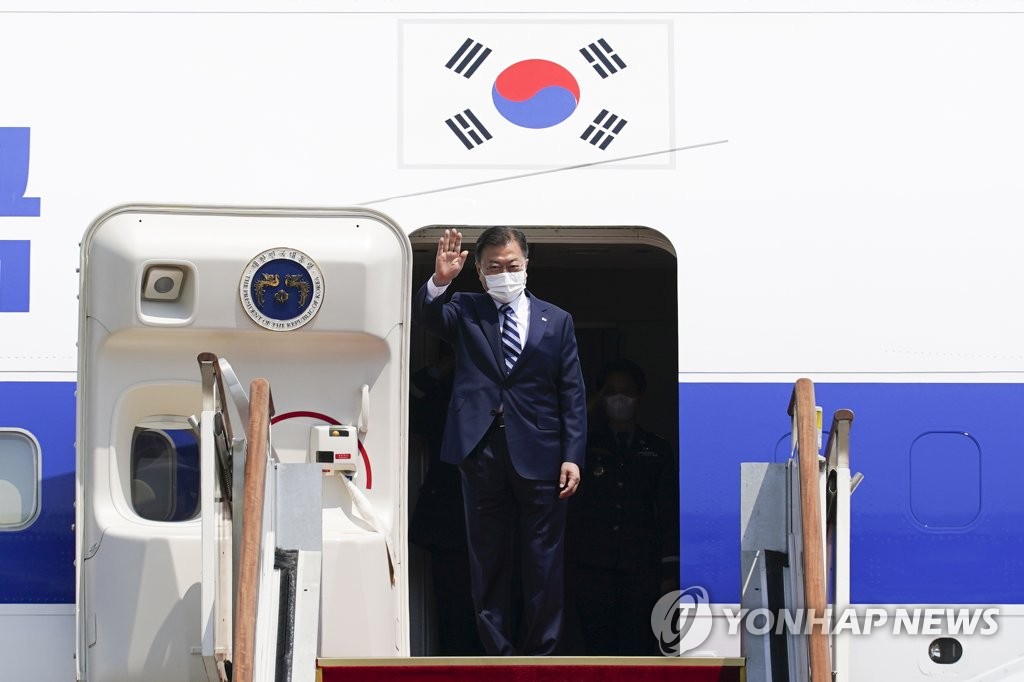 Moon said he has "high expectations" for his first overseas trip since the outbreak of the coronavirus pandemic.

COVID-19 cases are "stabilizing" in the U.S. thanks to its swift vaccinations and that is giving hope to the world with speedy economic recovery, Moon noted, conversing with Robert Rapson, charge d'affaires ad interim at the U.S. Embassy here, just ahead of departure.

The envoy was quoted as replying that Biden is greatly looking forward to having a summit with Moon, according to Cheong Wa Dae spokesperson Park Kyung-mee. 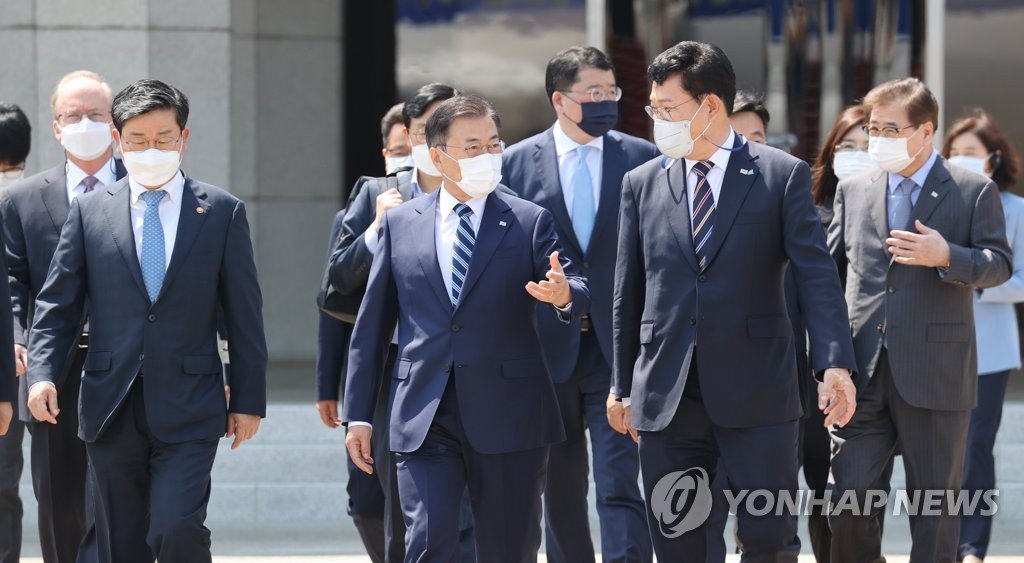 Seeing Moon off at the Seoul Air Base in Seongnam, just south of Seoul, Song Young-gil, leader of the ruling Democratic Party, expressed hope that his trip to Washington will offer a chance for a breakthrough.

The president responded with optimism, saying that relevant dialogue in Washington is expected to proceed smoothly as the Biden administration's security team is well aware of Korean Peninsula affairs. Moon said he would make efforts to produce good results during the visit.

Moon is making his first overseas travel in 1 1/2 years, having skipped foreign visits due to the coronavirus pandemic since a trip to China in December 2019.