(ATTN: UPDATES throughout with Moon's remarks, other details)

He stressed the alliance spirit, saying South Korea is continuing efforts for the repatriation of the remains of U.S. service members presumed to be buried in North Korea.

The president entered the cemetery on the outskirts of Washington, D.C. amid a 21-gun salute in the first official activity of his U.S. trip this week. He was guided by U.S. Chief of Protocol Asel K. Roberts and Maj. Gen. Omar J. Jones, commanding general of the Military District of Washington.

Moon laid a wreath at the Tomb of the Unknown Soldier at the cemetery, with around 120 honor guards lining up. The monument is dedicated to fallen American service members whose remains have not been identified, including many killed in the Korean War. 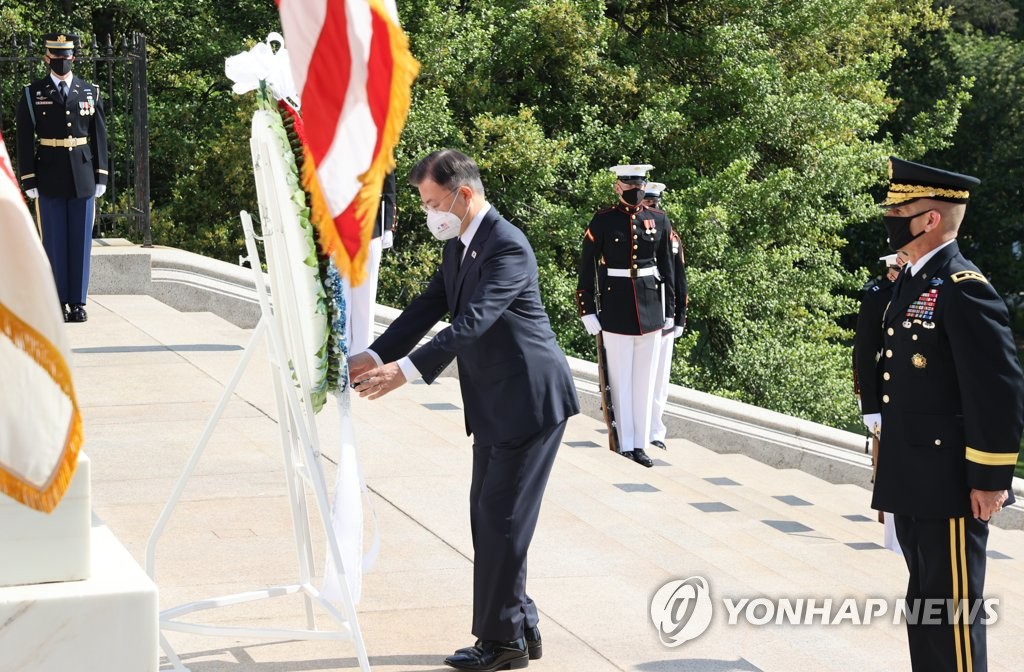 The president paid his respects to all soldiers who dedicated themselves to the protection of freedom and peace in foreign countries, according to his office, Cheong Wa Dae.

He then donated a plaque, reading, "In Memory of the Unknown Soldiers and their Noble Sacrifices," to the memorial display room. The clothing and equipment of some U.S. soldiers, whose remains were discovered by South Korea's military team, were used for the production of the plaque, Cheong Wa Dae said.

"There are a lot of remains that have not been found yet. Especially, I think there are more buried in North Korean regions," Moon said.

He added South Korea is endeavoring to find the remains of every U.S. soldier.

It is a national duty to treat those who sacrificed and devoted themselves to a country with the utmost respect, he emphasized.

Speaking with U.S. officials who attended the event, Moon reaffirmed his commitment to developing the Seoul-Washington alliance in a "stronger and more comprehensive" way, together with President Joe Biden, Cheong Wa Dae said in a separate press release.

Moon and Biden are scheduled to hold summit talks at the White House on Friday. 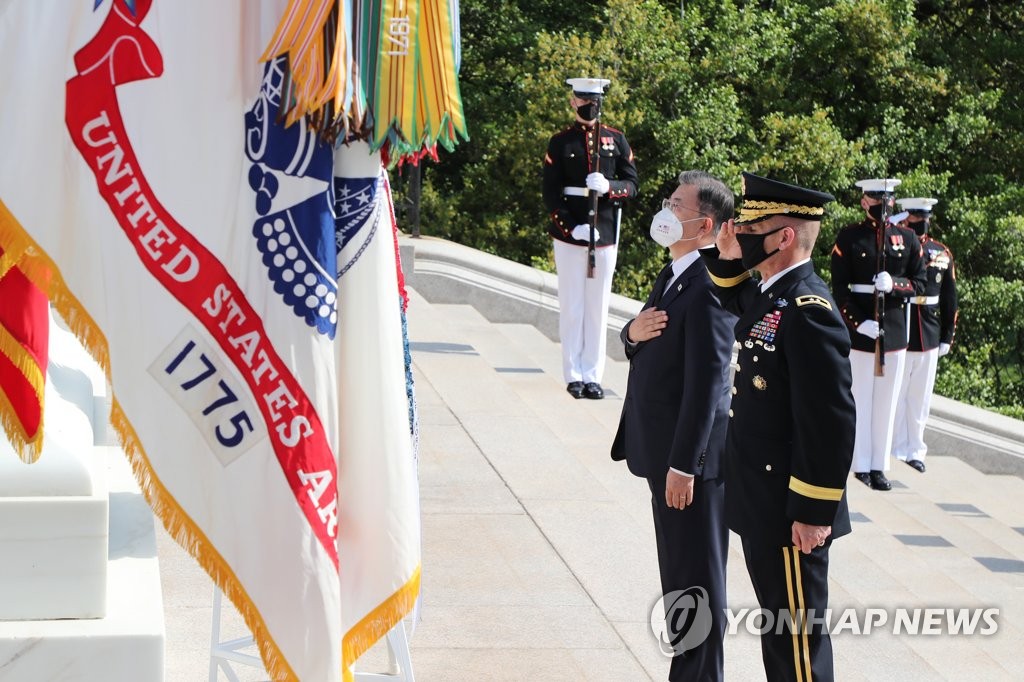 It was Moon's first visit to the cemetery, which the U.S. calls the country's "most hollowed ground," although he made three previous trips to Washington since taking office in May 2017.

Moon then visited the Franklin Delano Roosevelt Memorial in Washington. Del Roosevelt, the grandson of the late U.S. leader, showed Moon the memorial in person.

Moon has often named Roosevelt as one of the figures he most reveres.

Moon has been pushing for the Korean version of the New Deal in a bid to overcome the COVID-19 crisis and prepare for the post-coronavirus era. 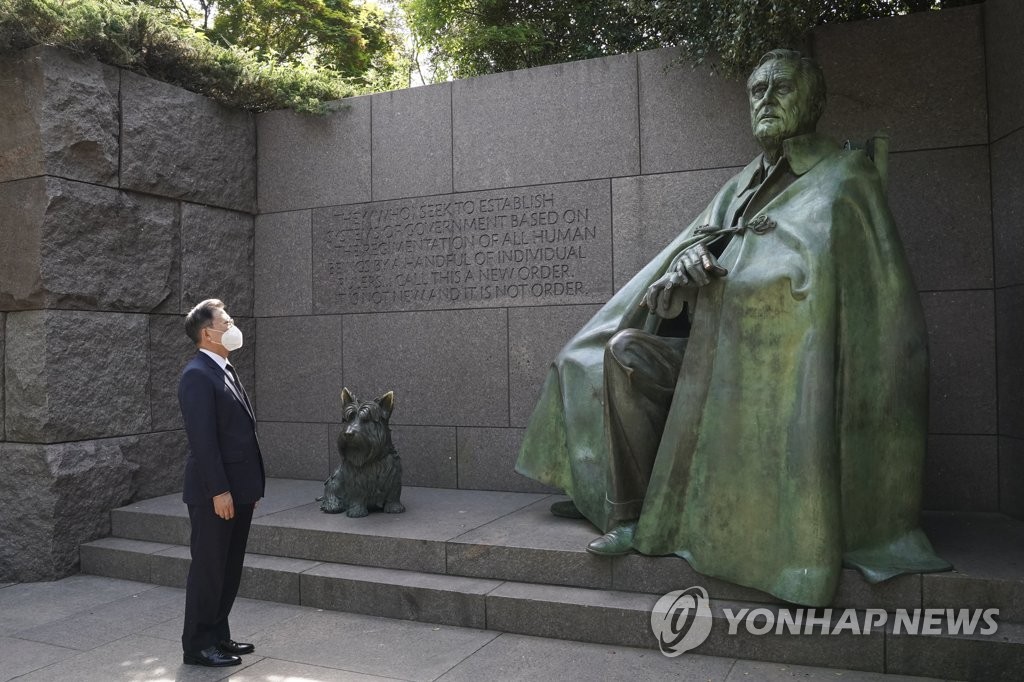