SEOUL, May 20 (Yonhap) -- Samsung Electronics Co. said Thursday that it will team up with Google LLC to deliver a new smartwatch operating system (OS), as they seek to better compete with Apple Inc. in the wearables market.

"The great experiences that consumers loved on previous Galaxy smartwatches will continue on this unified platform," Yoon said. "Samsung implemented our best technology to provide optimized performances, and advanced sensor batching and low power display technology to ensure an efficient and long-lasting battery." 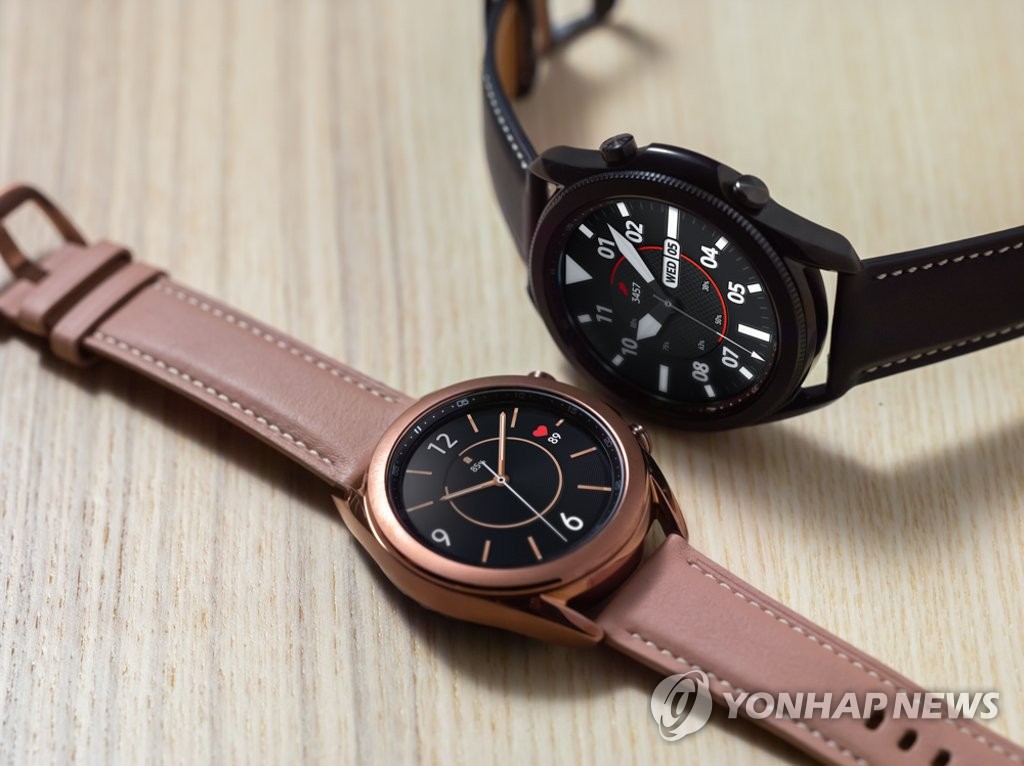 The new OS will offer "industry-leading health experience" and "best possible connected experiences" between Galaxy smartwatches and smartphones, according to Yoon.

He added that the OS partnership between Samsung and Google will also bolster the developer ecosystem.

"With the new unified platform, we are unlocking a whole world of opportunities for the developer community," he said. "Our hope is that this platform will ignite innovation in spaces like the Galaxy Watch Studio and inspire third party development, bringing a bigger and better network of apps to benefit Galaxy users around the world."

Industry insiders said that their integrated platform could be applied to Samsung's Galaxy Watch4 expected to be launched this fall.

Samsung said those who own the Tizen OS-based Galaxy smartwatches will get at least three years of software support as the company migrates to the new unified platform.

Samsung hopes the latest OS partnership can beef up its presence in the smartwatch sector that is dominated by Apple.

In 2020, Apple shipped 33.9 million units of its Apple Watch product, up 19 percent from a year earlier, to maintain its No. 1 position, according to market researcher Counterpoint Research.

Samsung ranked third behind China's Huawei Technologies Co. after shipping 9.1 million smartwatches last year, down 1 percent from a year ago.

Fitbit Inc., owned by Google, took the fifth spot in the market last year with smartphone shipments of 5.9 million units, down 4 percent from a year earlier, Counterpoint Research data showed.