SEOUL, May 20 (Yonhap) -- Thirteen North Korean ships underwent safety inspections while docked at ports in the Asia-Pacific region last year and all of them were found to have defects, an intergovernmental port control agency said Thursday.

A total of 64 safety deficiencies were discovered with the vessels, and two ships with serious defects were banned from sailing until the problems are fixed, according to the annual report on Port State Control (PSC) by Tokyo MOU.

It also placed North Korea on its blacklist, along with Mongolia, Jamaica and others.

The number of North Korean vessels that received PSC inspections last year dropped from 51 in the previous year due to COVID-19 border restrictions. 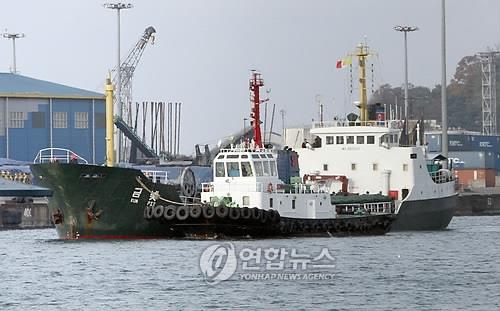