SEOUL, May 20 (Yonhap) -- South Korea's oceans ministry said Thursday it has won a deal worth 58.7 billion won (US$51.8 million) to export dried laver products to Japan.

Dried laver, called "gim" in Korean, is usually roasted with sesame oil and fine salt and served as a side dish with Korean meals. 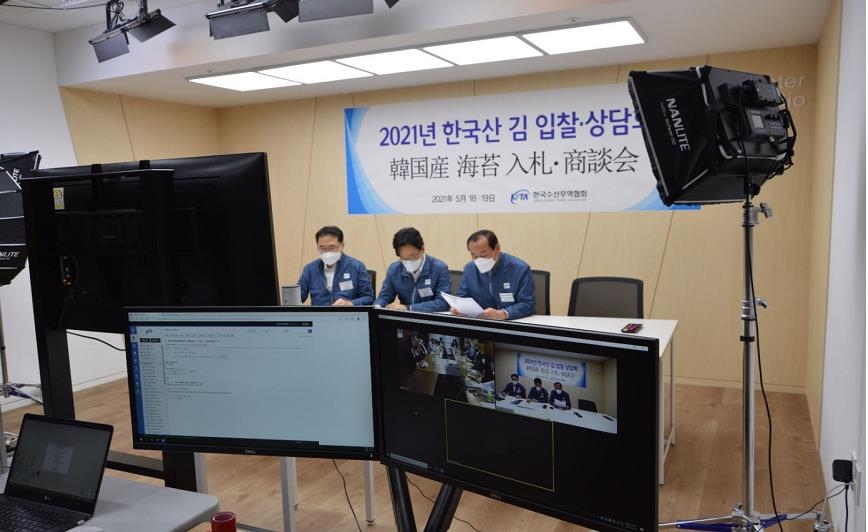 Exports of dried laver products reached $600 million in 2020, up 3.6 percent on-year, amid growing popularity of Korean food in the Asian market. Of the volume, Japan accounted for the largest share of 22.2 percent.

The country's overall outbound shipments tumbled 5.4 percent on-year in 2020 due to the COVID-19 pandemic.

Demand for processed fishery goods, such as dried laver, fish cakes and other canned products, however, has been rising as more people enjoyed them at home, according to the ministry.

S. Korea to ship 59 bln won worth of dried laver to Japan

S. Korea to ship 59 bln won worth of dried laver to Japan