In the session held on Capitol Hill, they had "in-depth" consultations on bilateral relations, Korean Peninsula issues, COVID-19 vaccines and global supply chains of high-tech industries.

Moon pointed out that the Seoul-Washington alliance has played a pivotal role in regional peace and prosperity over the past seven decades.

Despite an unprecedented crisis stemming from COVID-19, the two sides have demonstrated the "genuine spirit of alliance," helping each other, according to Moon's office. 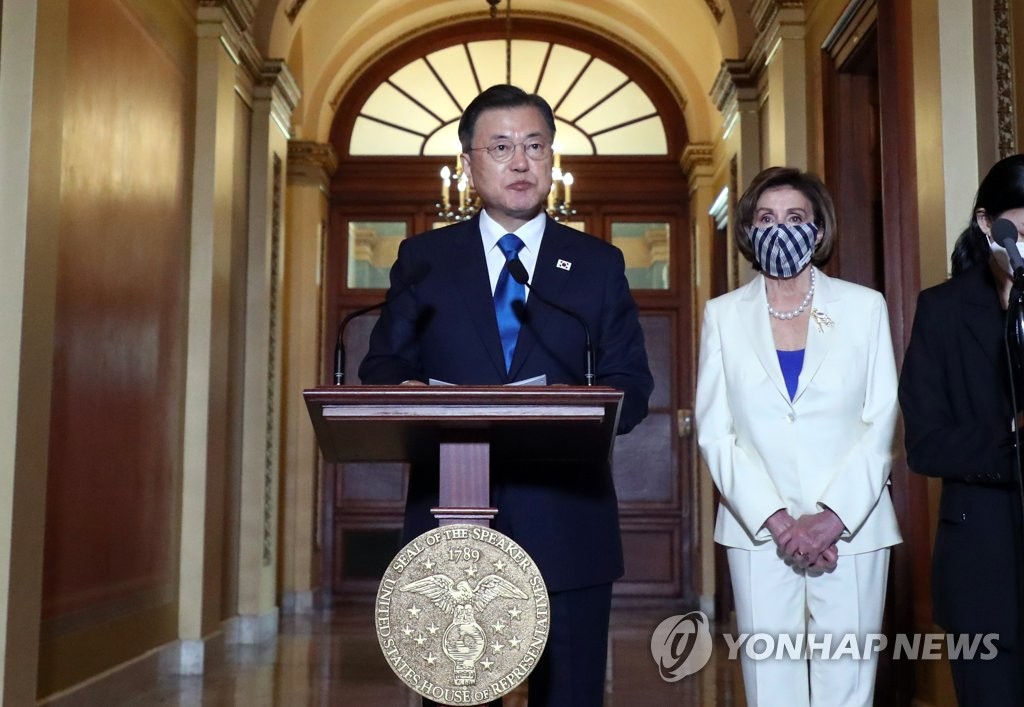 He said that it is an inevitable task to achieve the complete denuclearization of Korea and establish permanent peace for the sake of peace and stability in the region.

"South Korea and the U.S. will have to move together toward getting it realized," Moon was quoted as saying.

He also noted that the Joe Biden administration has mapped out a "practical and sophisticated" strategy on North Korea through close coordination with South Korea, Cheong Wa Dae said in a press release.

Moon pledged to provide support so that Washington's policy can be successful and emphasized the importance of resuming its dialogue with Pyongyang.

He requested continued support from U.S. Congress for peace and stability on the peninsula.

He reaffirmed South Korea's commitment to close supply chain cooperation with the U.S. in those new industries. He asked U.S. Congress to back the proposed expansion of visa quotas for high-skilled workers.

Moon expressed hope that the two sides will cooperate more closely on the supply of coronavirus vaccines and health care policies. He cited South Korean firms' consignment production of vaccines.

On the Washington-Beijing relationship, he stressed the importance of its "stable" development. For South Korea, the U.S. is an ally that shares universal values and the alliance is the foundation for Seoul's diplomacy and security, he pointed out.
China is the largest trading partner of South Korea and an important partner in connection with the Korean Peninsula affairs, he added. 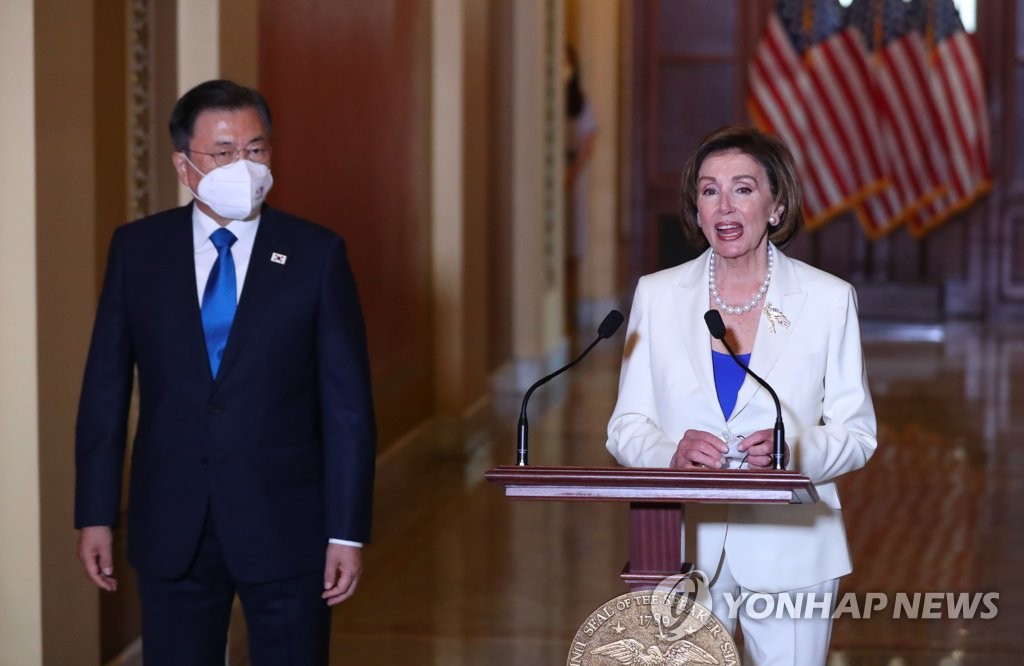 With regard to Japan, Moon said South Korea is determined to seek to develop bilateral ties in a "forward-looking" way as "very important" neighbors.

Seoul hopes for a dialogue-based resolution to disputes over shared history and will continue diplomatic efforts for cooperation on such issues as climate change and COVID-19, the president said.

He also took note of Biden's leadership in efforts to bolster international cooperation in addressing the climate issue, as shown in his fulfillment of a promise for the U.S. to rejoin the Paris Agreement. Biden hosted a virtual summit of global leaders on climate in April as well.

Moon mentioned the Atlanta shooting incident in March, in which several Asian women, including four of Korean descent, were killed, and voiced concern about an increase in such crimes against Asian people.

He welcomed a bipartisan push for the COVID-19 Hate Crimes Act by U.S. Congress and said South Korea will actively support such a campaign against violence.