SEOUL, May 20 (Yonhap) -- "F9," the latest chapter in the "Fast and Furious" series, has set the best opening-day record at the domestic box office since the new coronavirus broke out, data showed Thursday.

The American action movie garnered over 400,000 viewers upon its debut Wednesday, the Buddha's Birthday holiday, according to the Korean Film Council (KOFIC).

This marked the first time a film's opening score has surpassed 400,000 in the country since the pandemic started early last year.

Before COVID-19 broke out, local disaster flick "Ashfall" attracted 450,000 on the first day of its release just before Christmas in 2019. 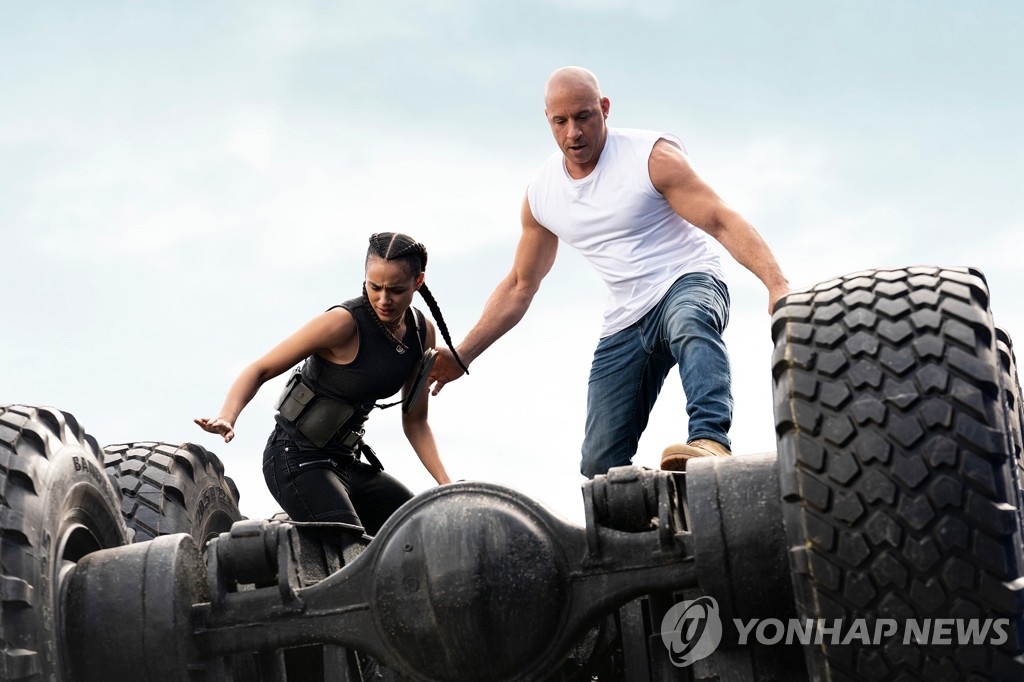 The latest installment set a opening record for the two-decade-long "Fast and Furious" series in the country, beating the previous high of 351,000 set by "Fast & Furious Presents: Hobbs & Shaw," a spin-off of the franchise released in August 2019.

"F9" also broke a record for advance ticket bookings during the pandemic, selling more than 250,000 tickets as of 4 a.m. Wednesday, according to KOFIC data.

Directed by Justin Lin, the movie centers on a retired street car racer (Vin Diesel) trying to protect the world against his brother (John Cena) with his old team.