SEOUL, May 20 (Yonhap) -- South Korea's household income edged up in the first quarter from a year earlier, data showed Thursday, but the gain was mostly attributable to the government's emergency handouts aimed at tackling economic fallout of the new coronavirus pandemic.

The average household earned 4.38 million won (US$3,860) per month in the first quarter, up 0.4 percent from the previous year, according to the data by Statistics Korea.

Household income earned through wages, on the other hand, slipped 1.3 percent on-year to 2.77 million won, marking the sharpest dip ever for any January-March period. 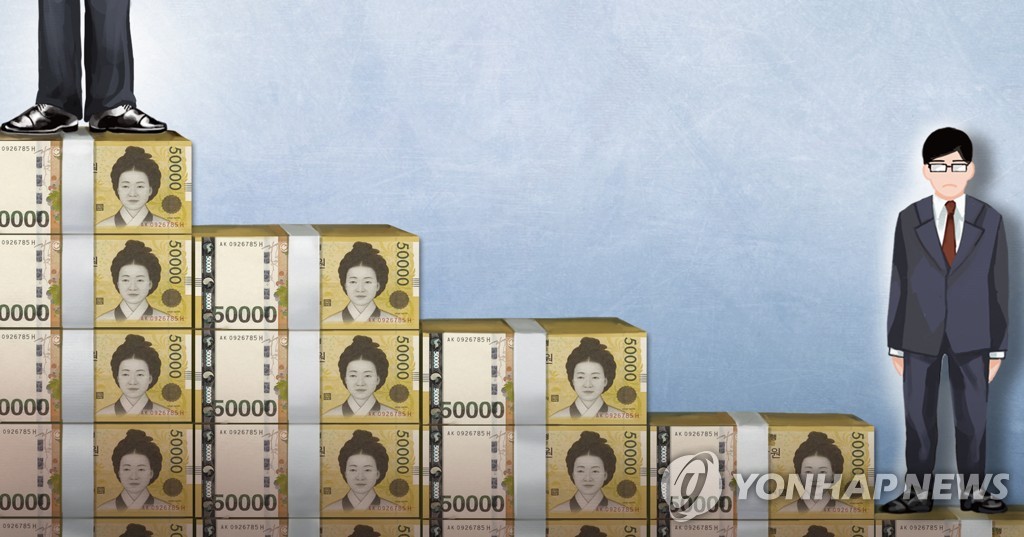 The monthly income from business operations moved down 1.6 percent to 767,000 won, the data showed.

The combined amount of transfer income, which includes governmental subsidies, shot up 16.5 percent to 723,000 won.

The average amount of disposable income came to 3.51 million won in the first quarter, up 0.8 percent on-year.

According to the report, households in the upper 20 percent bracket earned 9.71 million won per month in the first quarter, down 2.8 percent on-year.

Household income up 0.4 pct in Q1 on COVID-19 relief subsidies

Household income up 0.4 pct in Q1 on COVID-19 relief subsidies