SEOUL, May 20 (Yonhap) -- POSCO, the world's fifth-largest steelmaker by output, said Thursday it has signed a deal to buy a 30 percent stake in the Ravensthorpe Nickel Operation in Australia for US$240 million in the latest move to boost its electric vehicle battery business.

Under the deal with Canadian miner First Quantum Minerals Ltd., POSCO will be provided with a long-term offtake agreement for 7,500 tons of nickel in mixed nickel-cobalt hydroxide precipitate (MHP) per year produced at Ravensthorpe, beginning in 2024. 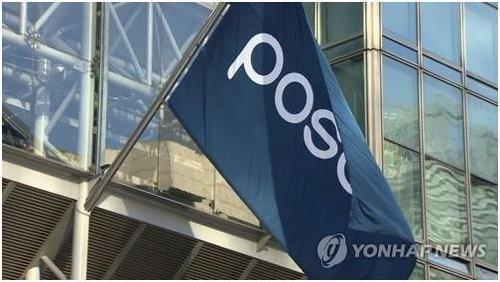 First Quantum Minerals said it expected the deal to be closed sometime in the third quarter of 2021.

POSCO and First Quantum Minerals also entered into a memorandum of understanding to explore a partnership to produce battery cathode precursor materials, likely in the form of nickel sulphate, by utilizing the MHP from Ravensthorpe.

POSCO Chemical said the plant in South Korea's southern industrial city of Gwangyang will boost its annual production capacity of cathodes to 100,000 tons by 2023, which is enough to manufacture about 1.1 million electric vehicles equipped with 60 kilowatt-hour battery packs.