SEOUL, May 20 (Yonhap) --The American business lobby group here has submitted a petition for the pardon of Lee Jae-yong, the imprisoned de facto leader of Samsung Group, to the presidential office Cheong Wa Dae ahead of a bilateral summit between South Korea and the United States, its officials said Thursday.

The American Chamber of Commerce in South Korea (AMCHAM) last week sent a letter to President Moon Jae-in asking him to consider pardoning Lee ahead of his visit to Washington for talks with U.S. President Joe Biden slated for Friday (local time).

AMCHAM joined the nation's five other business lobby groups that have sent similar letters to the presidential office to ask for Lee to be pardoned, raising concerns over the absence of leadership at Samsung Electronics Co., the world's largest memory chip maker, when its rivals are ramping up investment to address a global chip shortage. 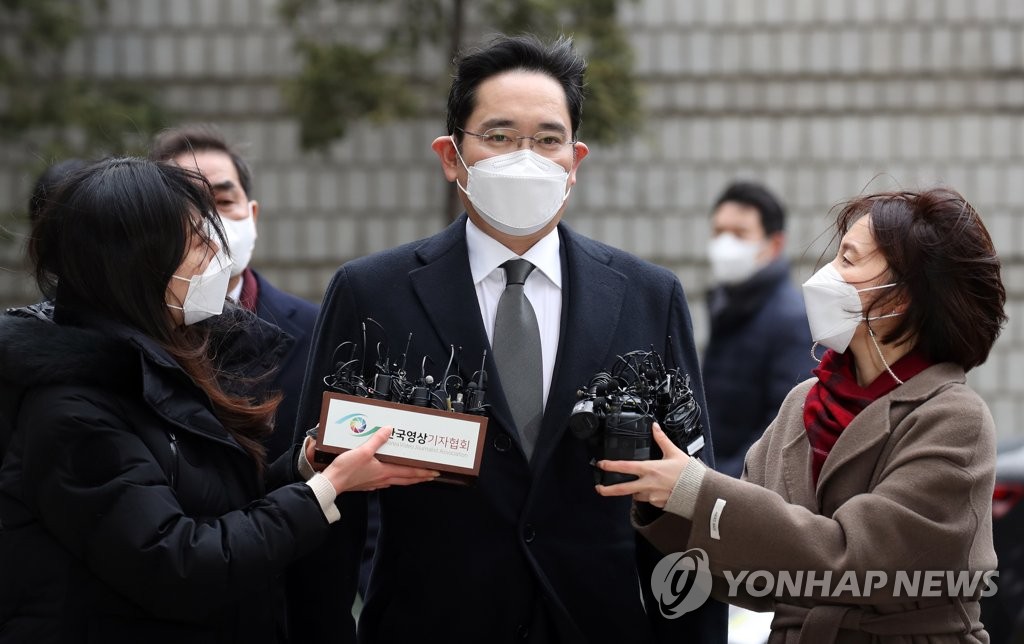 The lobby group regretted Lee's missed opportunity to accompany Moon on his U.S. trip when the chip supply chain will be one of the key agenda items for the bilateral summit, expressing concerns over "the negative impact on the investment decision and the semiconductor industry."

Considering Lee's pardon is a highly sensitive issue, the member-funded organization said its letter has "no political intention."

According to industry sources, Samsung is planning a 20 trillion won (US$17 billion) factory adjacent to an existing facility in Texas, and it is expected to soon finalize the proposal.

Samsung was the only South Korean firm to join a White House online meeting last month to discuss global semiconductor shortages, and its foundry business chief is set to attend a virtual meeting to be hosted by U.S. Commerce Secretary Gina Raimondo later in the day.

Given the prison time he has already served, Lee will be released in July 2022 unless he is granted a pardon or commutation.