SEOUL, May 20 (Yonhap) -- The ruling Democratic Party's (DP) push for the sweeping revision of its real estate policy has hit a snag due to strong opposition from its hard-line members who are against "cutting taxes for the rich."

The party's new leadership led by Rep. Song Young-gil has set out this week to alter the policy widely blamed for its crushing defeat in the latest local elections seen as a key barometer of public sentiment ahead of the presidential election next year.

But a host of DP members who are hard-line supporters of President Moon Jae-in have spoken up to challenge the ideas through various channels.

"Now is the time (we) should think about for whom the policies being discussed at the special committee are intended," Rep. Kang Byung-won, a member of the supreme party council, said during a committee meeting earlier this week.

"I hope this committee will not serve to cut taxes for the rich," the legislator said, voicing a direct objection to the party leader's new real estate policy approach.

Vowing to recover voters' confidence, Song, who took office as the DP chairman in early May, ambitiously took on the task of revising the party's real estate policy, widely seen as responsible for the its rout in the Seoul and Busan mayoral by-elections on April 7. 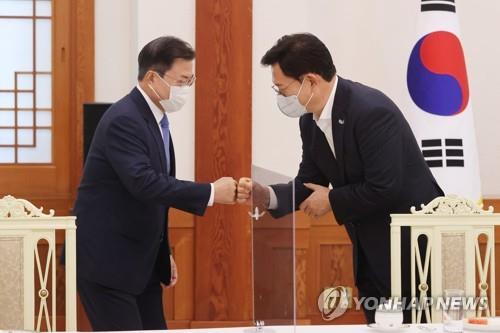 Many in the middle and upper classes also turned their back on the ruling party, apparently in an uproar over property-related taxes that have become more burdensome amid runaway home prices.

The special party committee chaired by Rep. Kim Jin-pyo, who was appointed by Song, is currently weighing measures that would enable people planning to buy their first homes to borrow up to 90 percent of the homes' values, an idea proposed by the chairman himself.

Another major measure under review centers around revising the law in a way that homes worth at least 1.2 billion won (US$1 million) will be taxable under the Gross Real Estate Tax code that multiplies property taxes on owners of expensive or multiple houses, compared with the current 900 million-won limit. 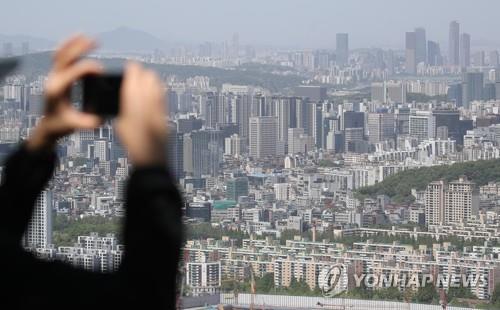 The measures ran into objections from party hard-liners protesting that they run counter to the Moon Jae-in administration's real estate policy that seeks to rein in the overheated housing market by increasing home supply while tightening property-related taxes. The tax relief proposed by Song and the new committee chair will amount to a "tax cut for the rich," they claimed.

As internal division continued over the issue, Prime Minister Kim Boo-kyum threw his support behind those who oppose tax relief, further dimming the prospect of a major policy revision by the party.

"(The Moon government's) policy goal of seeking to steadily bring down home prices should not be shaken," Kim said in a meeting with reporters on Tuesday.

"(If the taxation standard for the Gross Real Estate Tax is revised,) those who have trusted and followed the (relevant) government policies will be reversely affected and take various damages," the prime minister said, voicing his clear objection.

He went on to define gains from home price hikes as "unearned income" that need to "be returned to society in whatever form."

Amid the intense internal resistance, the DP is widely expected to come up with only minor revisions to its existing real estate policy even though the issue is expected to remain a hot potato in the run-up to next year's presidential election in March.

According to Rep. Yoo Gyeong-joon of the main opposition People Power Party, the number of payers of the Gross Real Estate Tax nearly doubled to some 389,000 in 2020 in Seoul from 184,500 in 2017, a result attributable to recent home price hikes. The 2020 figure accounts for nearly 13 percent of the total number of houses in Seoul, according to Yoo. 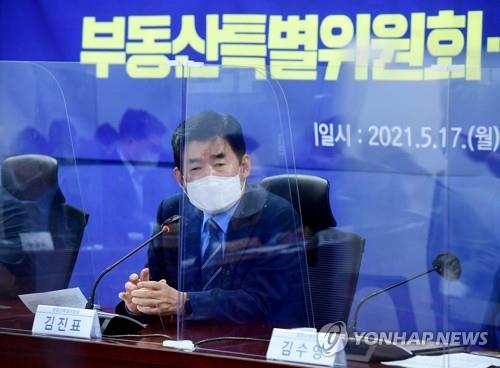