WASHINGTON, May 20 (Yonhap) -- The United States welcomes the opportunity to discuss ways to help South Korea's fight against the COVID-19 pandemic and how they can work together to help the rest of the world, a White House spokesperson said Thursday.

Jen Psaki made the remarks one day before President Joe Biden was set to hold a bilateral summit with his South Korean counterpart, Moon Jae-in.

"We certainly expect that the leaders will discuss ways the United States can support South Korea in its fight against COVID-19, as well as how we can work together to combat the pandemic around the world," the press secretary said in a daily press briefing.

"I don't expect that assessment to be made in advance of tomorrow, but certainly, we welcome the opportunity to discuss with them how we can work together to address the global pandemic," she added. 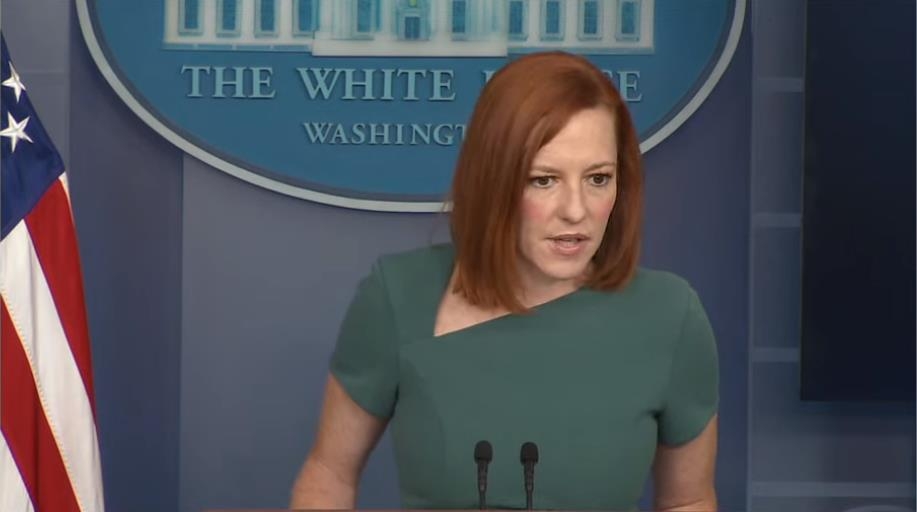 The proposed arrangement asks the United States to provide COVID-19 vaccines to South Korea and get paid later in full in vaccine when South Korea's orders arrive later in the year.

Psaki noted the South Korean president is expected to raise the issue when he and Biden hold their talks, which will be Biden's second in-person meeting with a foreign leader since he took office on Jan. 20.

The Biden administration has promised to provide up to 80 million doses of COVID-19 vaccines, including 20 million doses of vaccines that have already been approved for use in the United States -- Pfizer, Moderna and Johnson & Johnson.

The U.S. president said the 80 million doses will be delivered by the end of next month, pending the outcome of an ongoing safety review by the U.S. Food and Drug Administration on the AstraZeneca vaccine.

Psaki reiterated the U.S. vaccines will be distributed fairly and equitably.

"I will say that as it relates to the vaccine supply that we've announced we're going to be sharing with the world we will look at that and we will make decisions, which are still ongoing, with a couple of criteria in mind -- how to do it equitably, how to ensure we are reaching parts of the world that need help the most, how to do it in a way that's fair and has a regional balance," she said.

The White House spokeswoman said the U.S. and South Korean leaders will discuss a wide range of issues, including North Korea.

Psaki ruled out the possibility of Biden asking South Korea to join the U.S.-led regional forum in the Indo-Pacific, known as the Quad.

"Well, the Quad has four members. So not to be too mathematical about it, but I would say that that already exists," said Psaki.

White House Asia czar Kurt Campbell has said the U.S. administration currently has "no plans to expand the Quad" in a recent interview with Yonhap.