WASHINGTON/SEOUL, May 21 (Joint Press Corps-Yonhap) -- Four major South Korean companies, including Samsung and SK, on Friday announced plans to invest US$39.4 billion in the United States, ahead of President Moon Jae-in's summit with U.S. President Joe Biden in Washington.

During a business roundtable attended by Moon, Samsung Electronics announced plans to invest $17 billion in a new foundry plant.

LG Energy Solution and SK innovation, which make batteries, said they plan to invest some $14 billion in separate and joint projects, while Hyundai Motor announced plans to invest $7.4 billion in expanding the electric vehicle production and recharging infrastructure in the U.S.

SK hynix also said it has plans to spend $1 billion on building a large-scale research and development center in Silicon Valley. 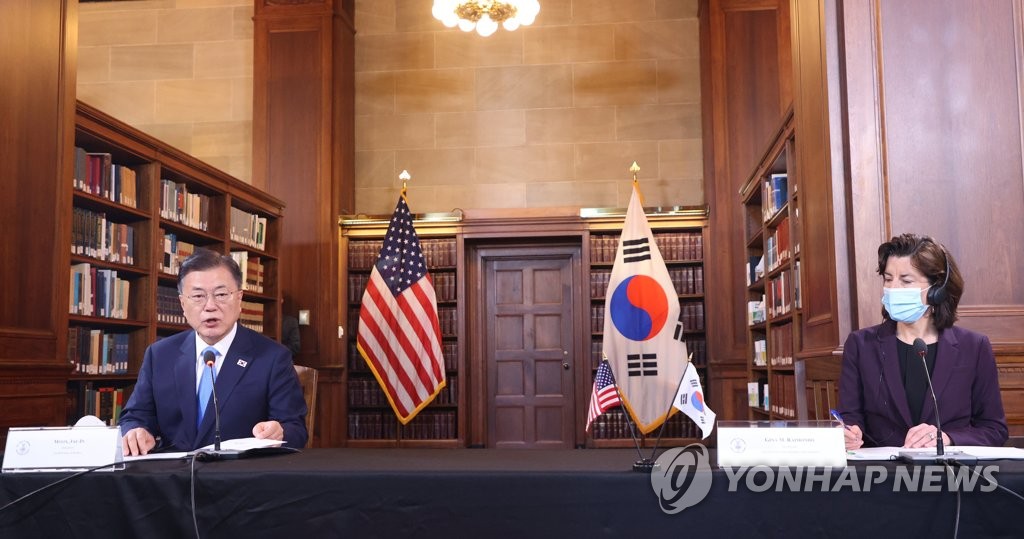 The announcements were widely expected as the leaders of each company accompanied Moon on his four-day visit to the U.S. capital. In the face of growing challenges from China, the Biden administration has sought to revitalize U.S. manufacturing capacity amid a global chip crisis and a looming shortage of batteries.

From the U.S. side, the American chemicals company DuPont announced it will build an R&D center in South Korea to develop semiconductor ingredients.

Moon said at the meeting at the U.S. Department of Commerce that the two countries are "optimal partners" in securing a stable supply chain, something which he said has become especially important due to the COVID-19 crisis, according to Cheong Wa Dae.

He also voiced confidence that the two countries will grow together if they strengthen cooperation in the areas of semiconductors and EVs and batteries, noting that amidst the pandemic the vaccine and bio industries offer potential for "great synergy," Cheong Wa Dae said.

Moon is expected to use his summit with Biden to secure more COVID-19 vaccines for South Korea. 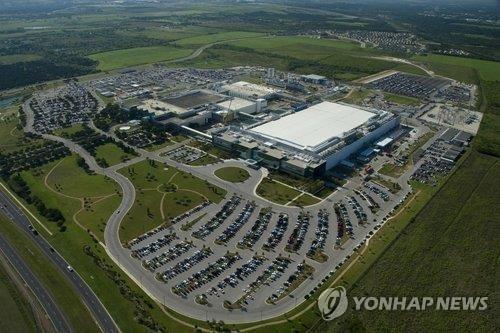 The executives took the opportunity to present their visions and request assistance from the two governments.

Kim Jong-hyun, CEO of LG Energy Solution, asked Washington for its "active support" for the battery industry, in addition to the semiconductor industry, citing the need for support measures for core raw material elements.

Moon joined the call, saying that with incentives, such as if the U.S. government works to ensure a stable supply of electricity and water in the production process, more South Korean businesses will invest there.

Raimondo promised in response to actively support those requests and noted that the Biden administration plans to invest $50 billion in the semiconductor industry and "will not disappoint." 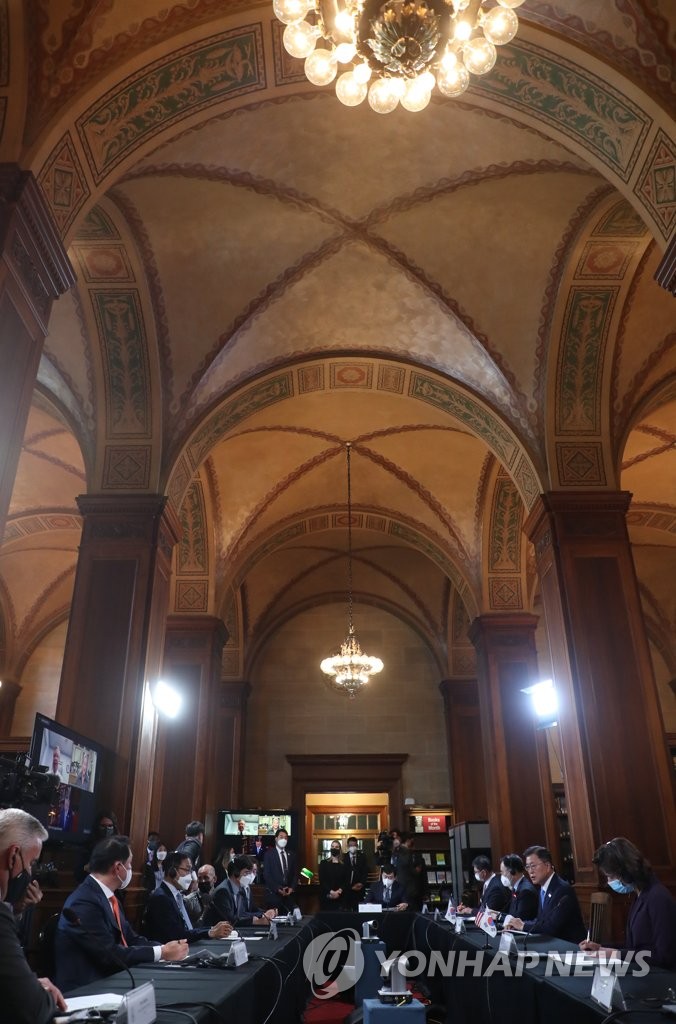