WASHINGTON, May 21 (Yonhap) -- The United States is willing to engage diplomatically with North Korea to take practical steps toward complete denuclearization of the Korean Peninsula, President Joe Biden said Friday, announcing the appointment of former U.S. Ambassador to Seoul Sung Kim as his special envoy for Pyongyang.

Biden also said he may meet with North Korean leader Kim Jong-un, but only if Kim makes a serious commitment to discuss giving up his nuclear ambitions, which will also have to be verified in pre-meeting negotiations.

"Our two nations also share a willingness to engage diplomatically with DPRK to take pragmatic steps that will reduce tensions as we move toward our ultimate goal of denuclearization of the Korean Peninsula," he said at a joint press conference with South Korean President Moon Jae-in.

Moon and Biden held their first bilateral summit in Washington, which marked Biden's second in-person meeting with a foreign leader since taking office on Jan. 20. 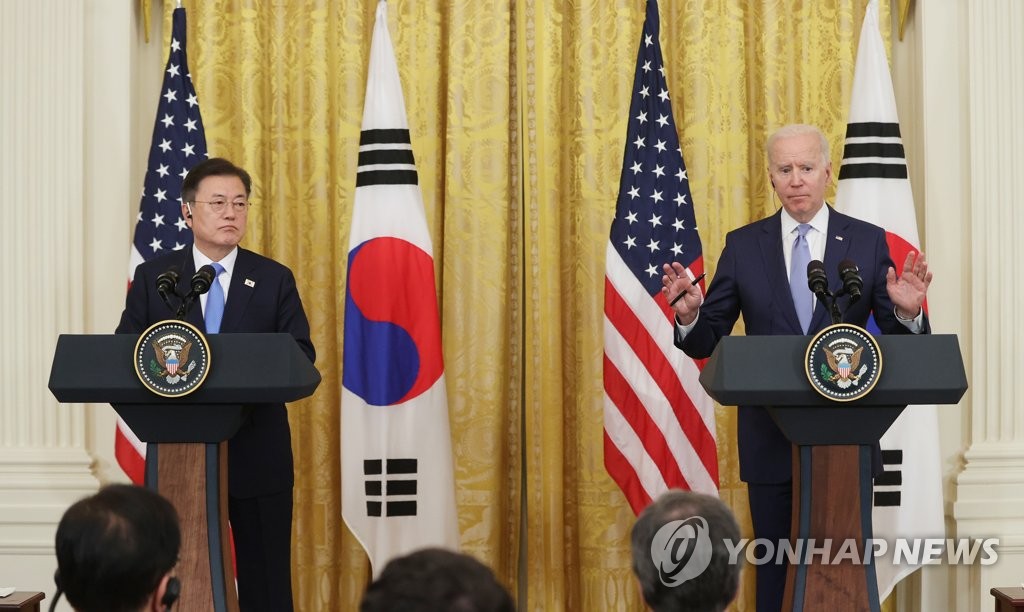 Biden said he and Moon made "important progress" on a range of issues, including North Korea.

"We spoke about the shared approach to the Democratic People's Republic of Korea, and continuing threat of the DPRK's nuclear and missile programs," he told the joint press conference, referring to North Korea by its official name.

Biden said the U.S. had closely consulted with South Korea throughout its monthslong review of its North Korea policy, which concluded last month, and both countries "are deeply concerned about the situation."

"Today, I affirmed to President Moon that the United States will proceed in close consultation with the Republic of Korea in our strategy and our approach," he added.

Biden said the U.S. goal remains the complete denuclearization of the Korean Peninsula, and that it understand how difficult that is.

"We are under no illusions how difficult this is. None whatsoever, and the past four administrations have not achieved the objective. It's an incredibly difficult objective."

He said his meeting with the North Korean leader may be possible, but only if Kim makes serious commitment to discuss giving up his nuclear weapons.

"If he made any commitment, then I would meet with him, and if there was a commitment once we met, and the commitment has to be that there's discussion about his nuclear arsenal," said Biden. "I would make sure that my team had met with their counterparts, and I know exactly what we're meeting on."

"I think that he was very clear that he is not closing the doors to that," the official said in a telephonic conference, while speaking on condition of anonymity.

The official said Biden has also made it clear that a meeting with Kim would be possible only after adequate preparations are made to ensure a "substantive" and "productive" outcome. The official said there are no ongoing U.S. efforts to arrange such a meeting.

"I want to make very clear there's no plans whatsoever to do that. We are waiting for North Korea to respond to our overtures, following the DPRK policy review."

Washington earlier said it had reached out to North Korea in mid-February but that the reclusive nation remained unresponsive.

The U.S. is said to have recently offered to explain the outcome of its recently concluded North Korea policy review to the North, to which Pyongyang reportedly responded by saying the offer was "well received." 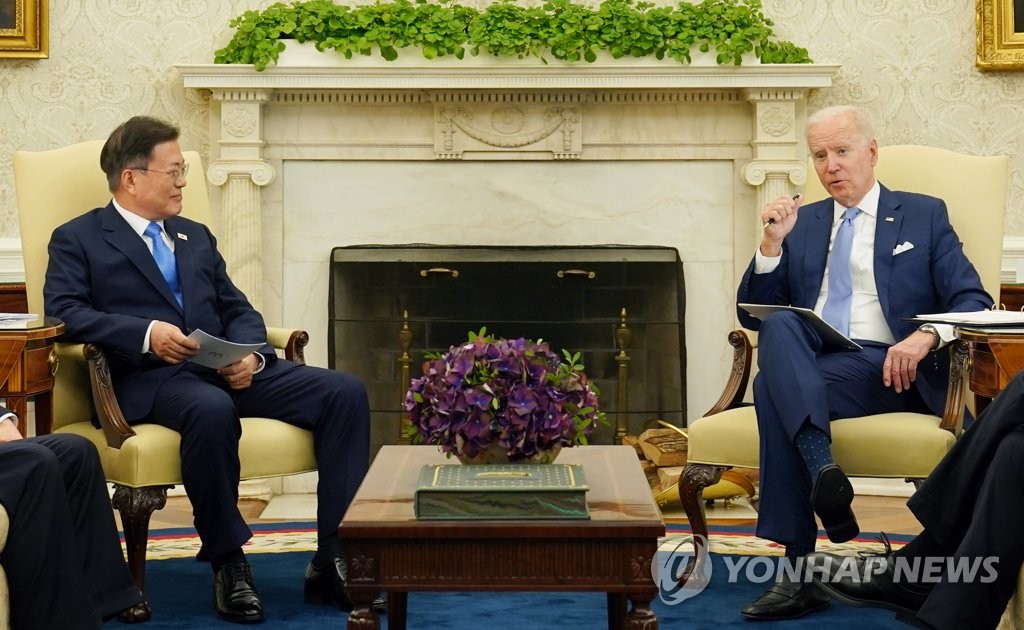 Biden said he and Moon also discussed a range of other issues, including cooperation to boost their production of COVID-19 vaccines.

"We agreed to establish a comprehensive vaccine partnership to expand the manufacture of vaccines that have been approved safe and effective," he said.

More immediately, however, the U.S. will provide COVID-19 vaccines to fully inoculate South Korea's 550,000-strong military, according to Biden.

"We'll provide full vaccinations for all 550,000 of those Korean forces engaging with American forces on a regular basis, both for their sake as well as the sake of the American forces," he said.

On climate change, Biden said the countries agreed to work together to achieve their shared goal of net zero emissions by 2050.

"Our two countries, our two nations have the tools and the deep connections that we need to make an even stronger alliance and stronger cooperation," said Biden.