Moon made the announcement during a joint press conference with Biden at the White House following their first in-person summit, saying the importance of cutting-edge technologies has grown with the global transition to a digital era. 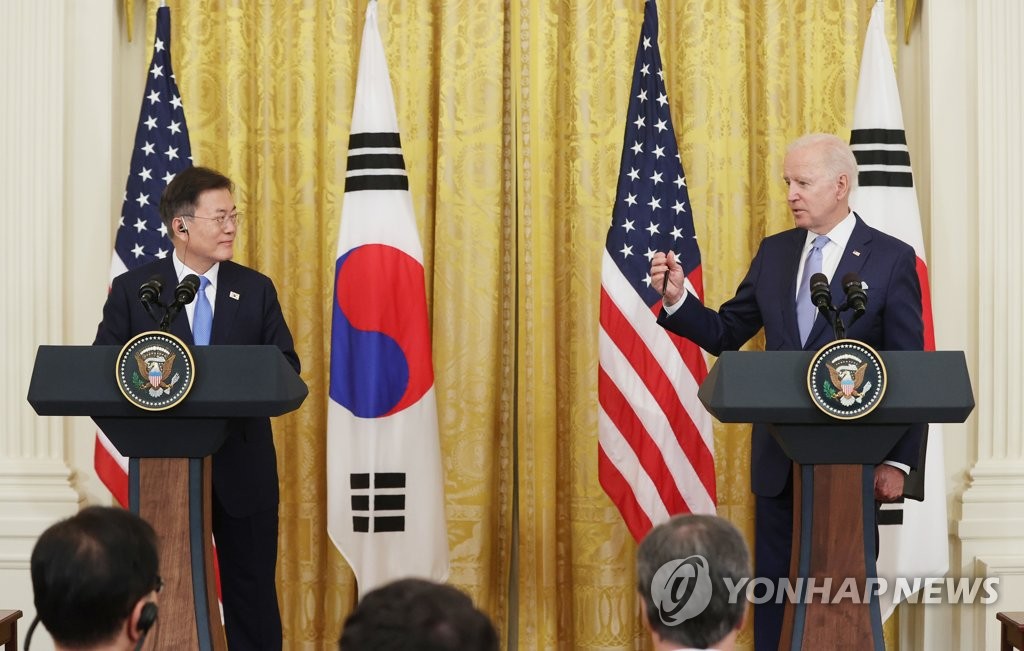 Moon was accompanied on his four-day visit to Washington by South Korean business executives from Samsung Electronics, SK innovation, LG Energy Solution and other groups.

Shortly before his meeting with Biden, Moon attended a business roundtable with executives from both countries, where the South Korean companies announced plans to invest US$39.4 billion in various chip, EV and battery projects in the United States.

Biden hailed the pledges and asked the South Korean businessmen in attendance at the joint press conference to stand up to be recognized.

"These new investments are going to create thousands of good paying jobs and jobs in the future right here in the United States," he said. "And they are going to help fortify and secure the supply chains for things like semiconductors and electric batteries."

The Biden administration has sought to tackle a global chip crisis and a looming battery shortage in the face of growing competition from China.