Under the agreement, the biotech unit of Samsung Group will provide the U.S. drugmaker with contract manufacturing organization (CMO) services for its mRNA vaccine. It means that some of the Moderna vaccine would be produced in South Korea. 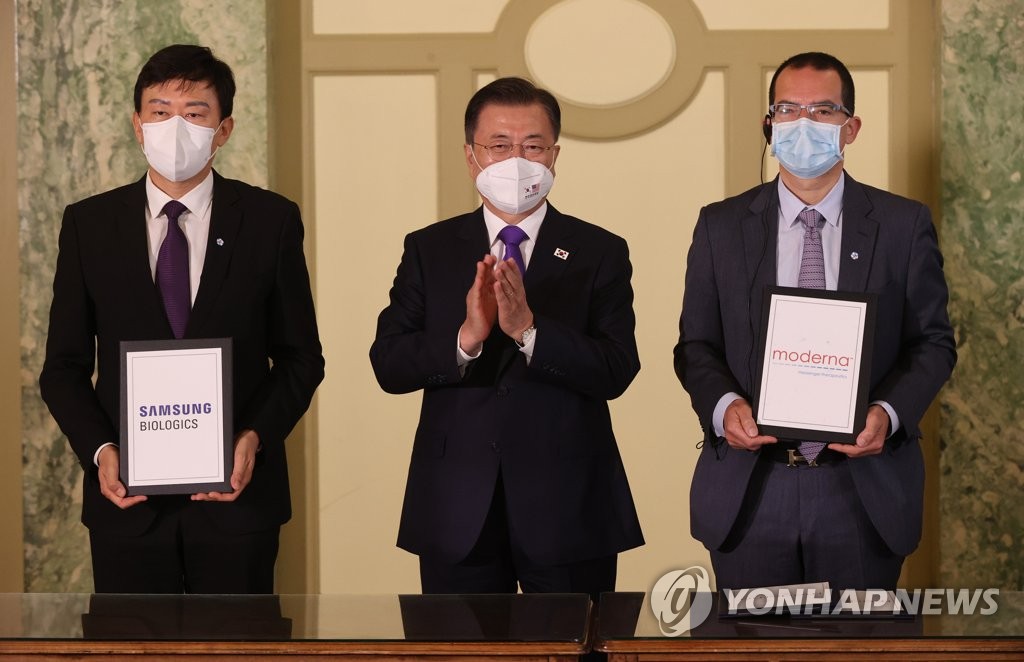 The deal is expected to contribute to the stable and speedy supply of the Moderna vaccine in South Korea, according to Moon's office, Cheong Wa Dae.

Moon pledged his government's full support for the vaccine developers and manufacturers, citing the nation's goal of emerging as a "global vaccine production hub."

Moon pointed out that he and U.S. President Joe Biden agreed to establish a comprehensive global vaccine partnership between the allies during their summit talks the previous day.

The president described it as a "vaccine alliance" to help combine the original technologies of the U.S. and the drug production capability of South Korea. 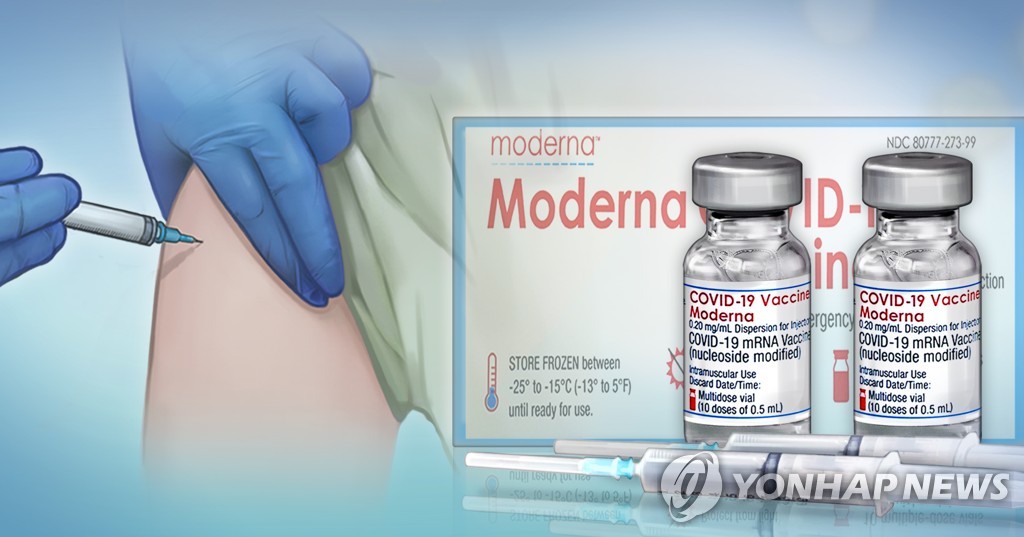 AstraZeneca, Novavax and Sputnik V vaccines are already being manufactured in the country.

Moderna also signed a memorandum of understanding (MOU) with South Korea's Ministry of Trade, Industry and Energy and the Ministry of Health and Welfare.

Under the MOU, Moderna agreed to strive for investments in the mRNA vaccine production facility and hiring of manpower in South Korea. The ministries plan to offer support for Moderna's investment and business activities.

South Korea's National Institute of Health also signed an MOU with Moderna on strengthening cooperation on research into infectious diseases.

Separately, the health ministry signed a trilateral MOU with SK Bioscience, a South Korean biotechnology company, and Novavax on the development and production of vaccines.