SEOUL, May 24 (Yonhap) -- K-pop boy band BTS has won four prizes, including the major title of Top Selling Song, at this year's Billboard Music Awards (BBMA), the most for the group at the event ever.

The septet was awarded Top Selling Song, Top Duo/Group, Top Song Sales Artist and the fan-voted Top Social Artist during the BBMA ceremony that was aired live from the Microsoft Theater in Los Angeles on Sunday (U.S. time).

It is the first time the band has won more than two titles at the BBMA. In 2019, it took home the Top Duo/Group and Top Social Artist awards.

BTS was named on a prereleased list of winners in the three categories of Top Duo/Group, Top Song Sales Artist and the fan-voted Top Social Artist, while it was awarded Top Selling Song with its megahit "Dynamite" at the BBMA ceremony. 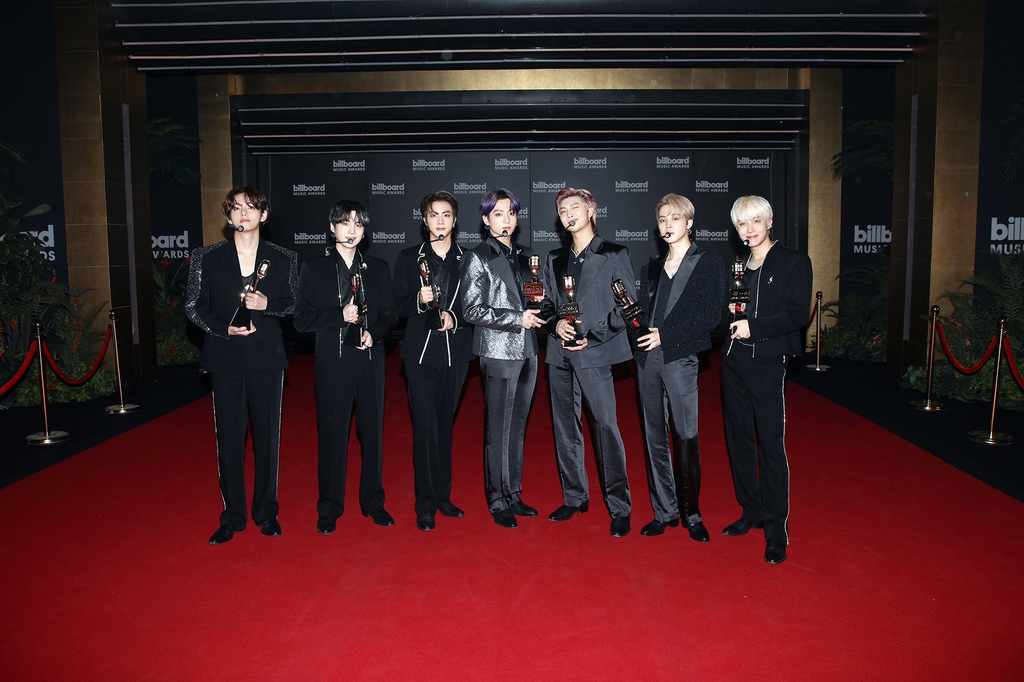 Released last summer, "Dynamite," the septet's first English song, was the first song by a Korean act to debut at No. 1 on the Billboard's main singles chart and earned the group's first Grammy nomination.

In the Top Song Sales Artist category, BTS beat Justin Bieber, Megan Thee Stallion, Morgan Wallen and The Weeknd. It is the first time that BTS has contended for the prize given to an artist with top-selling songs.

At this year's BBMA, BTS earned four nominations, the most for the group ever. It received its first BBMA nomination in 2017 for Top Social Artist. 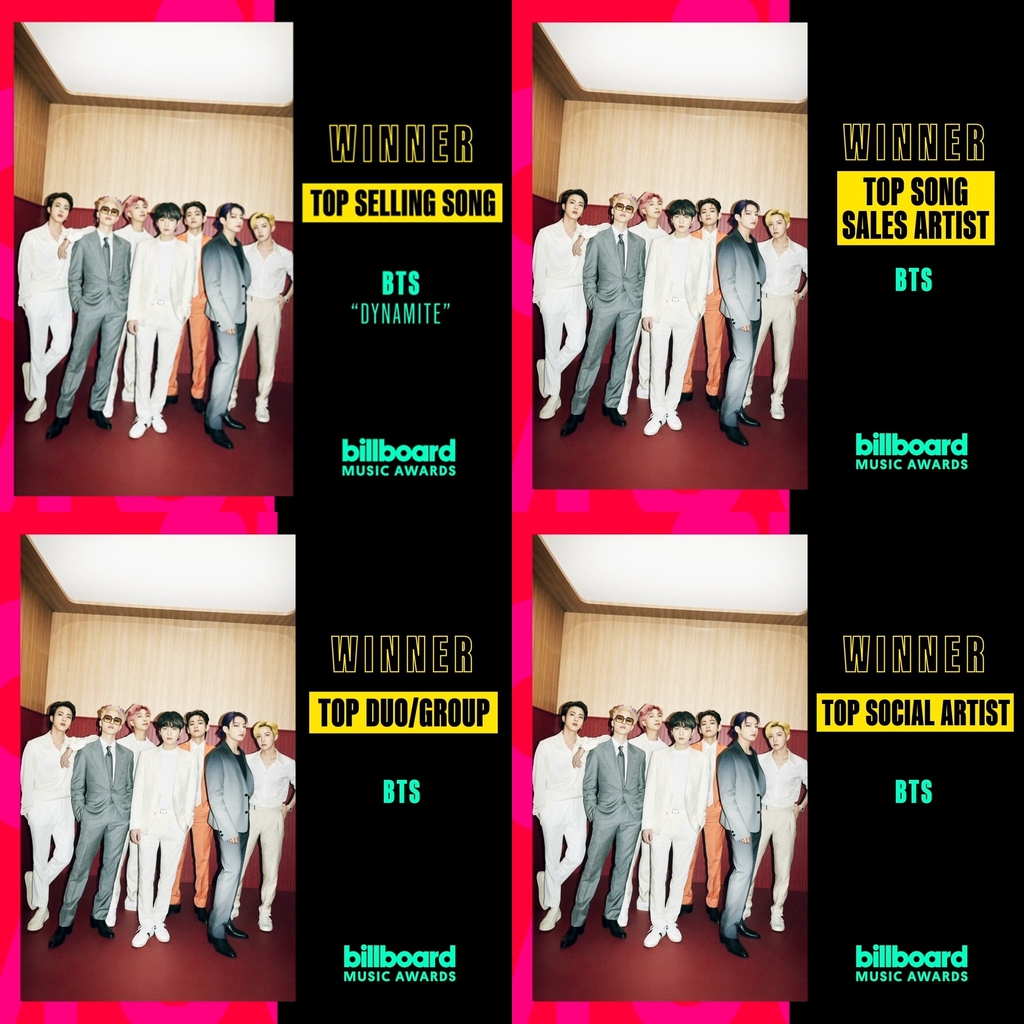 The seven-member band -- RM, Jin, Suga, J-hope, V, Jimin and Jungkook -- attributed its multiple BBMA wins to the support of its global fan base, Army.

"It's crazy to be nominated for the Top Social Artist for five years in a row," rapper J-Hope said on social media. "Thank you for your continuous support."

During the BBMA ceremony, BTS performed "Butter" for the first time since its release last Friday.

The video-recorded performance from Seoul featured BTS moving from a waiting area to the red carpet and the stage of the BBMA as if the seven members were participating in the event held in the United States.

Since its official release, "Butter," the group's second English song after "Dynamite," has been on a record-breaking run.

It became the most-watched music video on YouTube in 24 hours after its debut, racking up 108.2 million views in the first 24 hours.

The figure has surpassed the previous record held by "Dynamite," released last August, which garnered 101.1 million views over the same time span.

At the same time, the song earned 20.9 million global streams on Spotify, the world's biggest music streaming platform, on its first day of release. It marked the most streams in a single day in Spotify's history.

The new single has also topped more than 100 regional iTunes charts, including those in the United States, Canada, Britain and Germany.