WASHINGTON, May 23 (Yonhap) -- U.S. Secretary of State Antony Blinken on Sunday reiterated Washington's commitment to diplomacy with North Korea to achieve the denuclearization of the Korean Peninsula, saying, "The ball's in their court."

Blinken made the remarks after U.S. President Joe Biden stressed the willingness to engage diplomatically with Pyongyang to take pragmatic steps toward the denuclearization goal, after his first in-person summit with President Moon Jae-in in Washington on Friday.

"What President Biden determined was the best chance we have to achieve the objective of the total denuclearization of the Korean Peninsula is to engage diplomatically with North Korea on a deliberate, calibrated approach where we seek to make progress toward that goal," Blinken said in an interview with ABC. 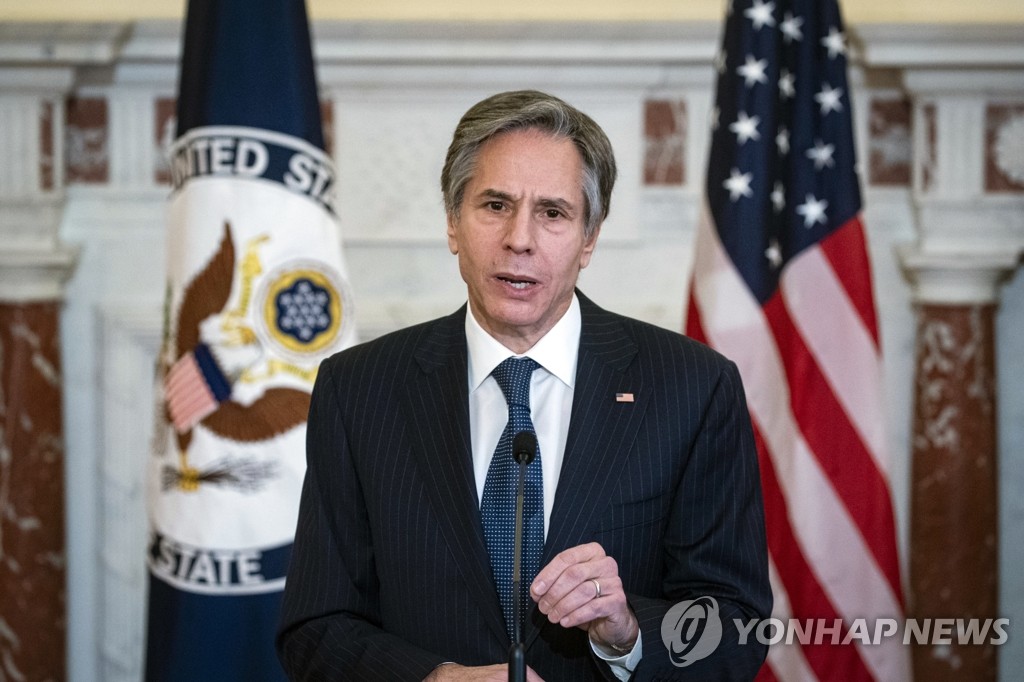 "I don't think there's going to be a grand bargain where this gets resolved in one fell swoop. It's got to be clearly calibrated diplomacy, clear steps from the North Koreans, and it moves forward in that way," he added.

Noting Washington's preparedness to resume dialogue with the North, the secretary stressed that the question now is whether Pyongyang is also ready.

"We're waiting to see if Pyongyang actually wants to engage. The ball's in their court," Blinken said. "We've made clear we're prepared to pursue this diplomatically even as the sanctions remain in place because North Korea continues to engage in activities that are clearly prohibited by the United Nations."

Following the summit, Washington clarified its readiness to resume diplomacy with the recalcitrant regime by announcing Sung Kim, a career diplomat, as the U.S. special envoy for the North.

The United States has also made it clear that it would build on past agreements with the North, including the 2018 Singapore summit accord, as Pyongyang appears to be wary that any future deal could be discarded with a change of government in Washington.