SEOUL, May 24 (Yonhap) -- A trio of Europe-based players were named to the South Korean men's Olympic football team on Monday, as they prepare to host Ghana in a pair of tuneup matches for the Tokyo Summer Games.

Head coach Kim Hak-bum unveiled his 28-man roster that will host Ghana at Jeju World Cup Stadium in Seogwipo, Jeju Island: first at 7 p.m. on June 12 and again at 8 p.m. on June 15.

Valencia CF midfielder Lee Kang-in, the precocious talent at 20, leads the eight-man midfield corps. Up front, Jeong Woo-yeong of SC Freiburg and Lee Seung-woo of Portimonense will lead the attack.

These matches will likely be the final chances for players to make an impression on Kim before the coach sets his 18-man Olympic roster. 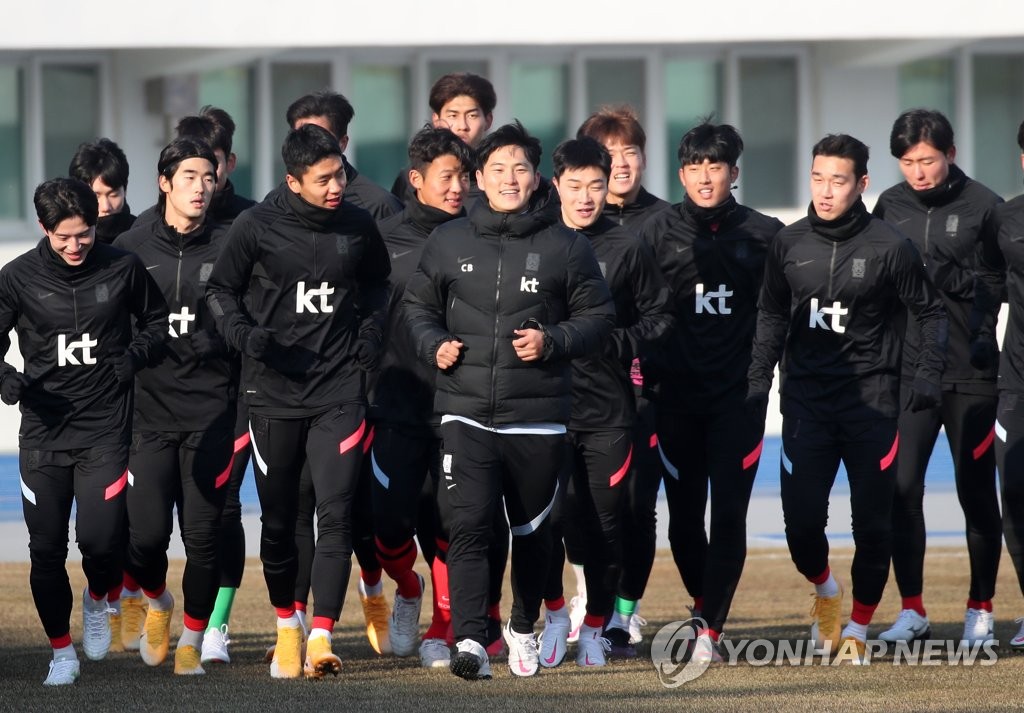 The Olympic men's football tournament is typically open to players 23 or younger. Because the upcoming Olympic Games were postponed by one year, the age limit for Tokyo has been raised to 24, covering players born on or after Jan. 1, 1997.

Teams are each allowed to select up to three players over that age limit. This means U-24 players are competing for just 15 spots.

These two matches fall in the same international match window as the senior national team's World Cup qualifying matches at home. Kim and the senior team boss Paulo Bento each made concessions with their roster picks.

Lee Kang-in, for instance, would arguably have been good enough to make the senior team and already has six international caps at that level. Jeong made his senior international debut in March at age 22, and he, too, would have been called up by Bento in other circumstances. 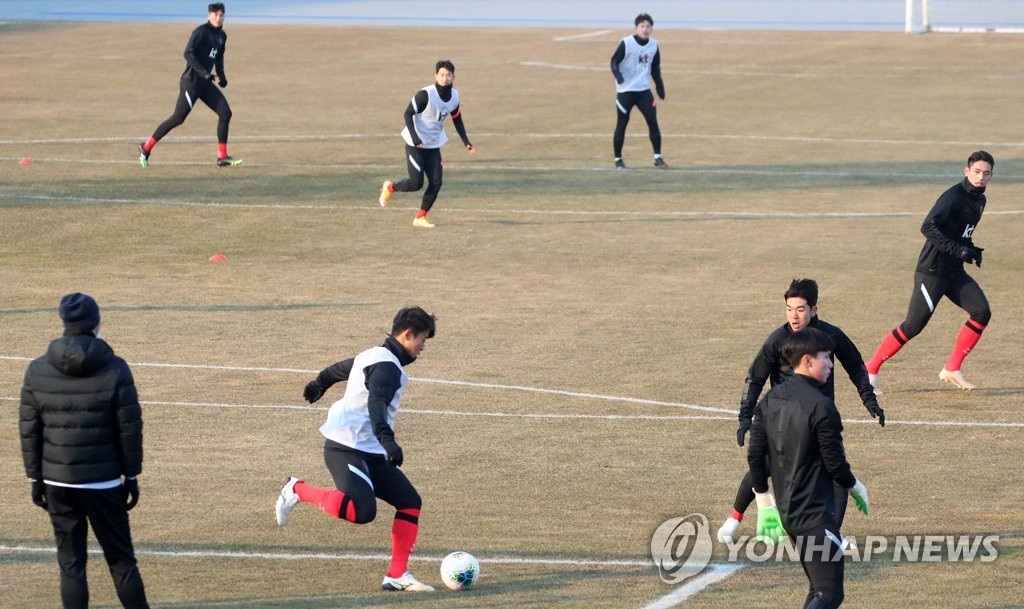 Coach Kim will instead get a closer look at those two youngsters, whom he hadn't seen in person during the season because of travel restrictions during the COVID-19 pandemic.

The Olympic team won't lack for firepower, though, with Cho Young-wook of FC Seoul and Oh Se-hun of Gimcheon Sangmu bringing plenty of international experience in their age group.

South Korea won the Asian qualifying tournament in January last year. They have been paired with New Zealand, Honduras and Romania in Group B at the Olympics. South Korea's best Olympic performance to date is the bronze medal at the 2012 London Games.

Ghana just missed out on qualifying out of Africa, finishing fourth behind Egypt, Cote d'Ivoire and South Africa at the 2019 Africa U-23 Cup of Nations.

The Korea Football Association said Ghana will visit Japan for a tuneup match before arriving in South Korea, and their players, coaches and staff will undergo COVID-19 testing immediately upon arrival. Strict health and safety protocols will be in place during their stay.