SEOUL, May 24 (Yonhap) -- China is aware that part of a joint statement from last week's summit between South Korea and the United States is targeted at Beijing, though it made no mention of the country, the top Chinese envoy here said Monday.

Chinese Ambassador Xing Haiming made the remarks amid expectations that the statement following the first in-person summit between Presidents Moon Jae-in and Joe Biden on Friday could stir unease in China, as it touches on sensitive issues involving the Taiwan Strait and the South China Sea.

"There was no mention of China, but it's not that (Beijing) is unaware it is targeting China," Xing told reporters after a forum, noting he watched the summit between Moon and Biden unsatisfactorily. 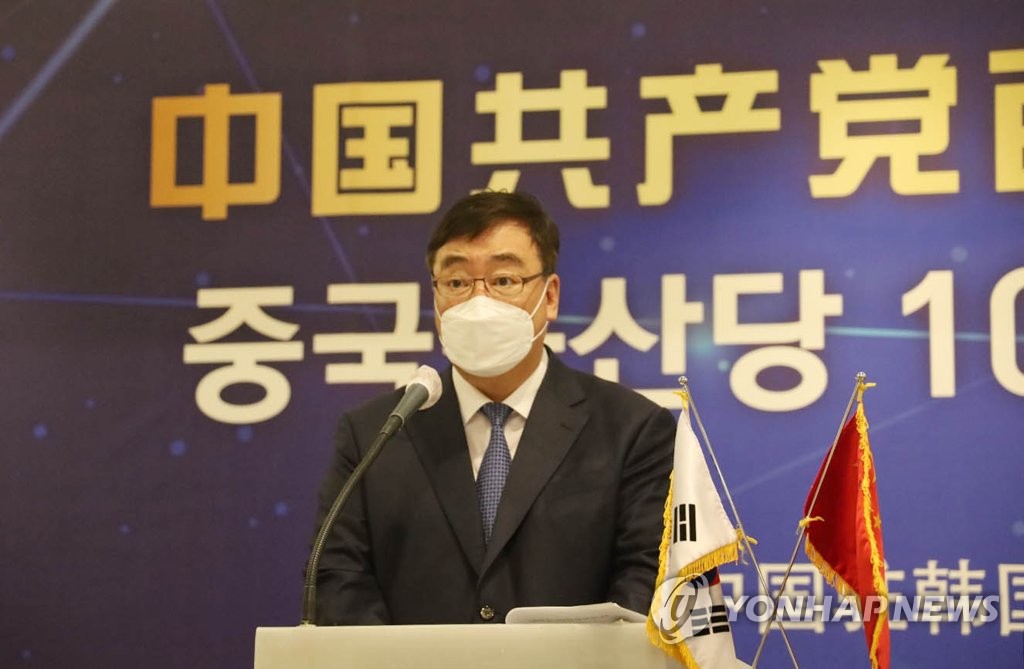 "For instance, the Taiwan issue is an internal Chinese affair, but that was brought up. There exists no problem with the South China Sea as free transit is guaranteed. That's a matter involving China and its neighboring countries," he added.

The joint statement stressed "the importance of preserving peace and stability in the Taiwan Strait," the first time the Taiwan issue has been included in a joint summit statement between Seoul and Washington. Still, it included no mention of China.

The statement also mentioned the freedom of navigation and overflights in the South China Sea, the lion's share of which is claimed by China.

Xing also took issue with the statement's reference to the importance of the U.S.-led Quad forum -- a grouping dogged by speculation that it aims to keep a rising China in check.

"The issue of the Quad appeared, the issue of the international order was brought up, and then it also talked about the Indo-Pacific strategy," he said, refraining from commenting further as Beijing's foreign ministry will announce its position later.

Asked to comment on the agreement between Seoul and Washington to abolish restrictions on South Korea's missile development, Xing warned that "China would not sit still should its national interests be harmed."

Earlier in the day, Seoul's First Vice Foreign Minister Choi Jong-kun said that he believes China will think highly of the fact that the summit statement made no mention of China.

"The fact is that, it's true that Taiwan, or the so-called cross-straits issue, was mentioned for the first time in the leaders' statement produced by South Korea and the United States," Choi said in the interview with the local radio station TBS.

On concern that Beijing could be displeased about the agreement with Washington to lift restrictions on Seoul's missile development, Choi said that China "was not factored in" when making the decision.

"If (Beijing) was uncomfortable, it should have already been uncomfortable about the missile development long before," Choi said. 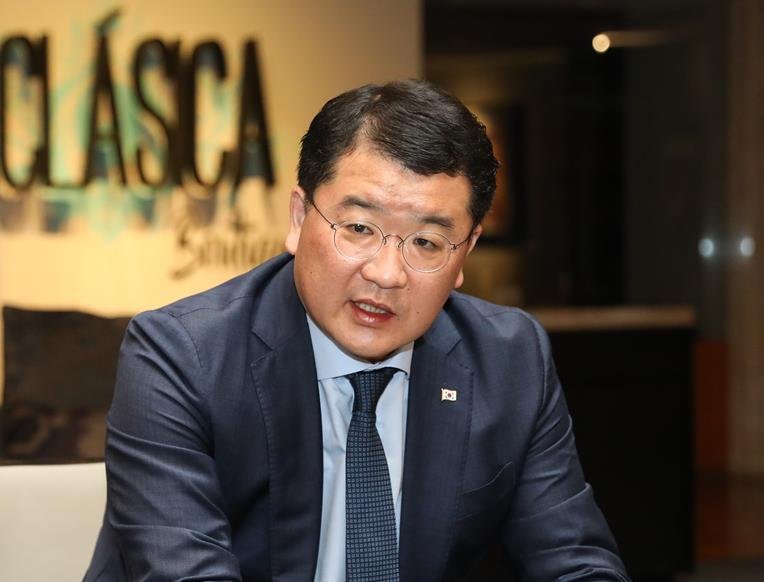