SEOUL, May 25 (Yonhap) -- North Korea may approach South Korea to figure out what the new U.S. policy on Pyongyang looks like, as last week's summit between President Moon Jae-in and U.S. President Joe Biden did not offer any concrete specifics, a former security adviser to Moon said Tuesday.

Moon Chung-in, currently the chairman of the think tank Sejong Institute, made the remarks, expressing hope that Seoul and Pyongyang can reactivate bilateral hotlines to resume cross-border communication.

"It is very likely that North Korea will come. If it is not to the United State directly, maybe it will come to South Korea," he said during a virtual forum co-hosted by the Sejong Institute and the United States Institute of Peace. 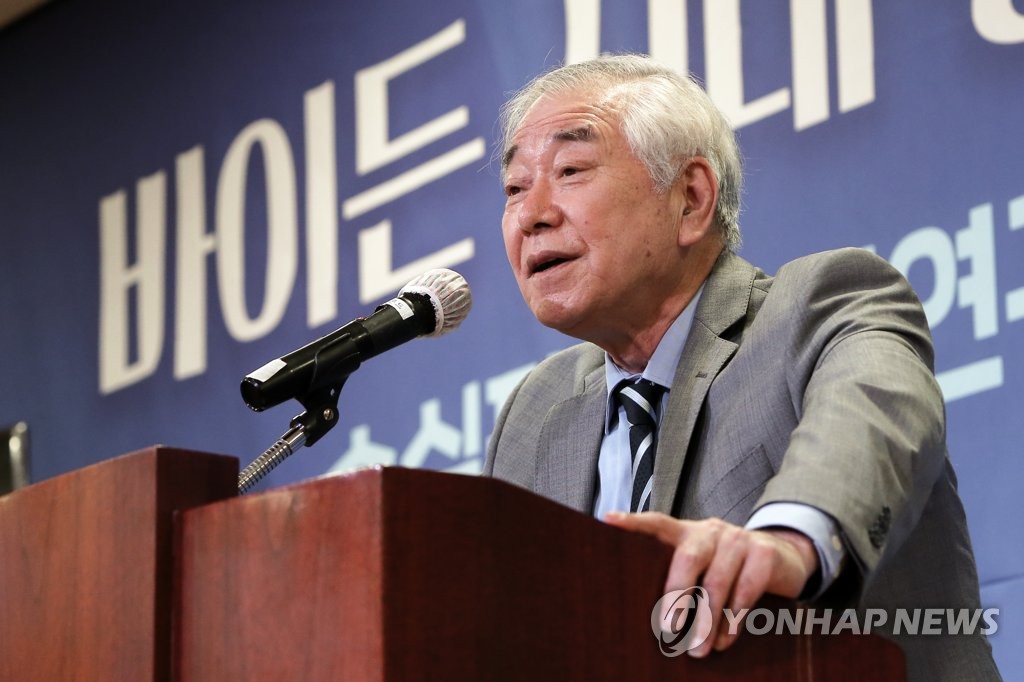 "I'm hoping that North Korea will reactivate hotlines between North and South Korea, because they'll be really anxious to hear on what went on. Particularly, the joint statement does not indicate any specifics or details of what the U.S. can offer to North Korea," he added.

Moon was referring to the statement issued after South Korean President Moon and his U.S. counterpart, Joe Biden, held their first in-person summit in Washington on Friday.

The statement reaffirmed the U.S.' commitment to engage diplomatically with the North through a "calibrated, practical" approach toward the complete denuclearization of the Korean Peninsula, but lacked clarity on how to reach that goal.

Despite his forecast on Pyongyang's return to dialogue, the scholar warned that dialogue efforts could face a set of challenges, including an annual summertime exercise between the South and the U.S., which the North decries as a war rehearsal for invasion.

"You know that there will be a planned joint exercise, and if that being the case, things can fall apart again," he said.

Moon also voiced concerns that in the twilight of his presidency set to end in May next year, President Moon's efforts to boost inter-Korean cooperation as a means to make progress on the North's denuclearization could lose momentum.