SEOUL, May 25 (Yonhap) -- Samsung Electronics Co. maintained its status as the world's leading TV vendor with a record market share in the first quarter, a report showed Tuesday, as the tech giant posted robust growth on the back of its QLED and large TVs.

Samsung represented 32.9 percent of the global TV market in terms of sales revenue in the January-March period, its largest share for a first quarter, according to data from industry researcher Omdia.

Samsung was followed by its South Korean rival LG Electronics Inc. with 19.2 percent and Japan's Sony Corp. with 8 percent.

Samsung, which has been the world's top TV manufacturer since 2006, said its strategy to focus on premium QLED and large-size TVs once again helped the company post brisk sales amid the pandemic. 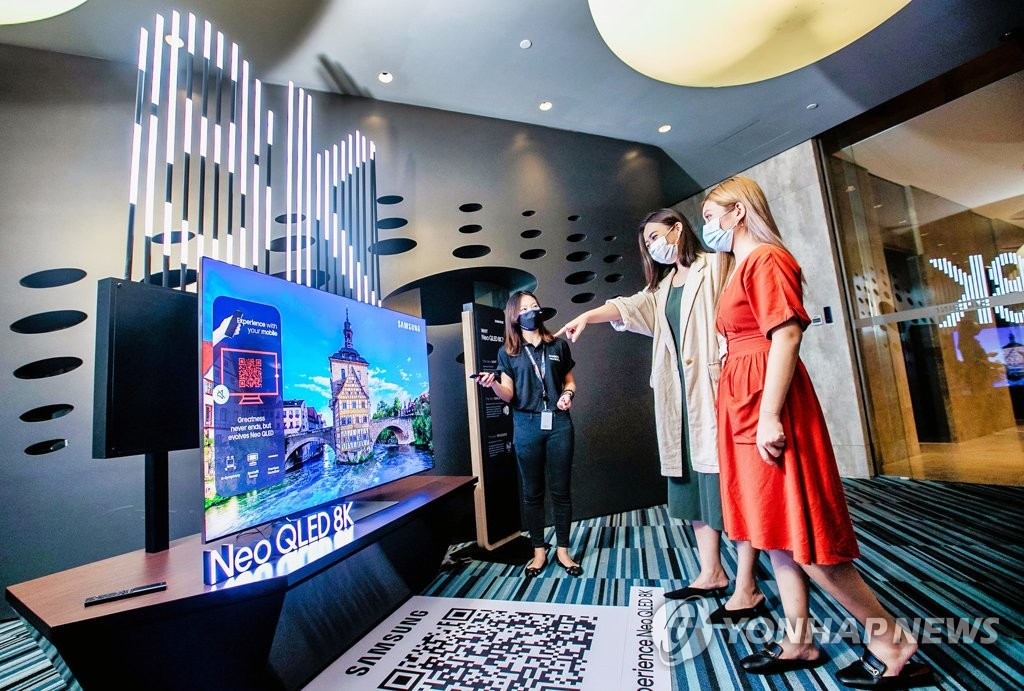 Global QLED TV sales reached 2.68 million in the first quarter, up 74.3 percent from a year earlier, and Samsung accounted for 2.01 million units.

In the premium TV segment, which refers to TVs priced above US$2,500, Samsung led with a market share of 46.6 percent in terms of revenue, followed by LG with 24.5 percent and Sony with 17.6 percent.

The company also had the dominant position in the 80-inch or larger TV sector with a market share of 52.4 percent.

The worldwide TV market in the first quarter grew 9.9 percent on-year to 51.22 million units as pent-up demand continued, according to Omdia. By revenue, it expanded to $27.3 billion, up 32.8 percent from a year ago. 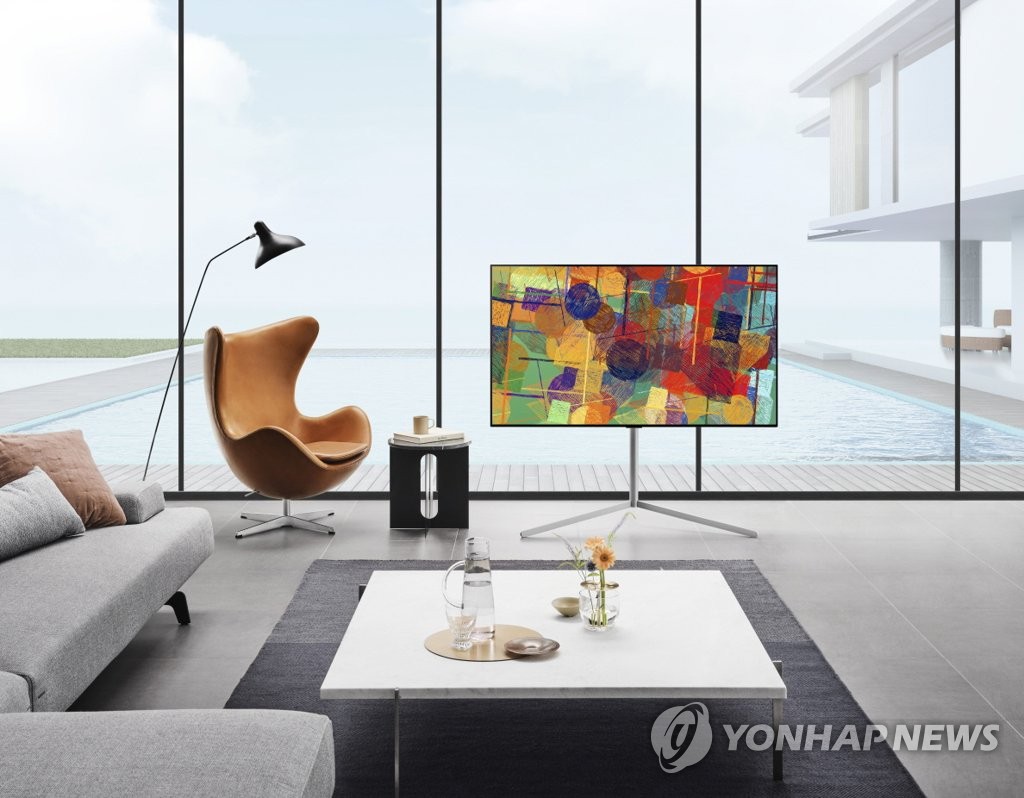