Chung made the remarks during a briefing on the outcome of the summit between President Moon Jae-in and U.S. President Joe Biden in response to a question why their joint statement, which calls for improvement in North Korea's human rights situation, made no mention of human rights issues in China's Xinjiang and Hong Kong.

"In light of the special relationship between South Korea and China, our government has refrained from making specific comments about China's internal affairs," Chung said at the briefing. "Such a position of the government is reflected in the joint statement."

The North's human rights situation was mentioned in the joint statement to show commitment to improving the situation because South Korea is a direct party to North Korea issues, Chung said.

On the mention of the Taiwan Strait in the joint statement, Chung reiterated that the term was added to highlight the importance of keeping regional peace and stability in a general sense.

"We are fully aware of the unique relations between China and Taiwan. Our government's stance has not changed," he said. "We'd like to reiterate that regional peace and stability is the common wish shared by everyone in the region."

On Monday, China expressed displeasure over the joint statement that mentioned the Taiwan Strait, saying it "brooks no foreign interference" on the issue. Beijing regards Taiwan as part of its territory.

It is the first time the Taiwan issue has been included in a joint summit statement between Seoul and Washington. 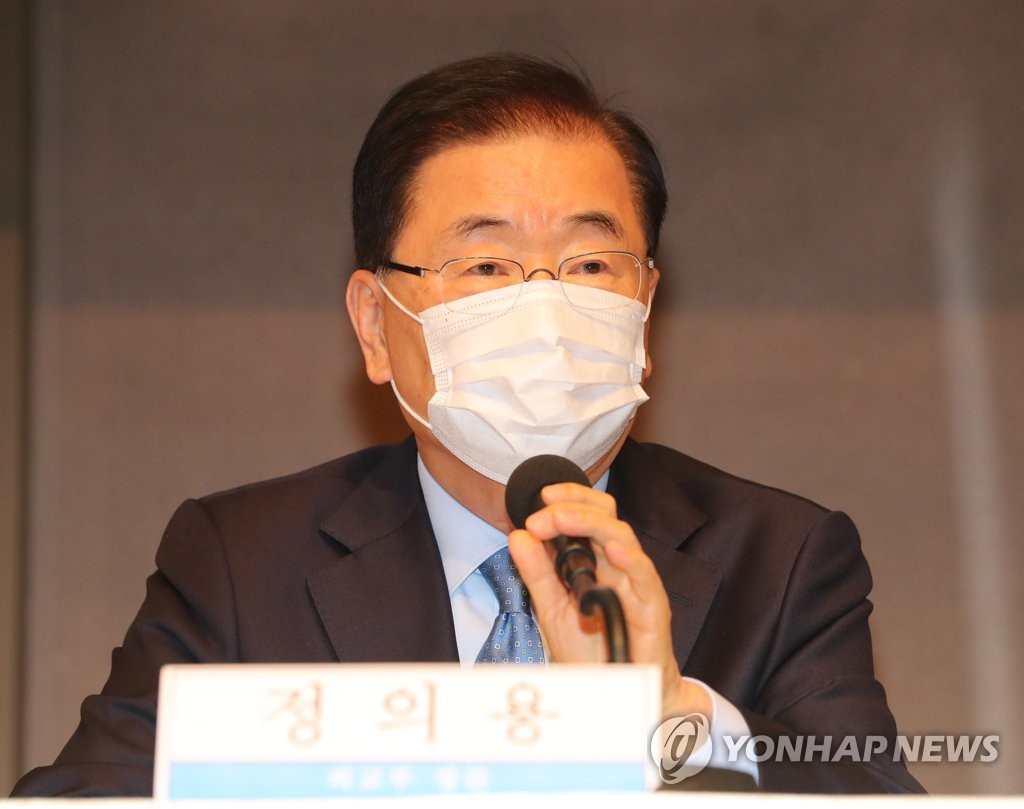