SEOUL, May 26 (Yonhap) -- President Moon Jae-in is scheduled to hold a luncheon meeting Wednesday with the heads of South Korea's five major political parties at Cheong Wa Dae, according to his office.

Moon, during the meeting, will brief them on the outcome of his summit talks with U.S. President Joe Biden last week and request bipartisan support for follow-up measures.

The president has "a lot" to explain to the leaders of the ruling and opposition parties, including summit agreements on the alliance, COVID-19 vaccines and the Korea peace process, as well as partnerships in such industrials sectors as semiconductors and batteries, a Cheong Wa Dae official told reporters, requesting anonymity.

It would be Moon's first group meeting with the leaders of the ruling and opposition parties in one year and three months. 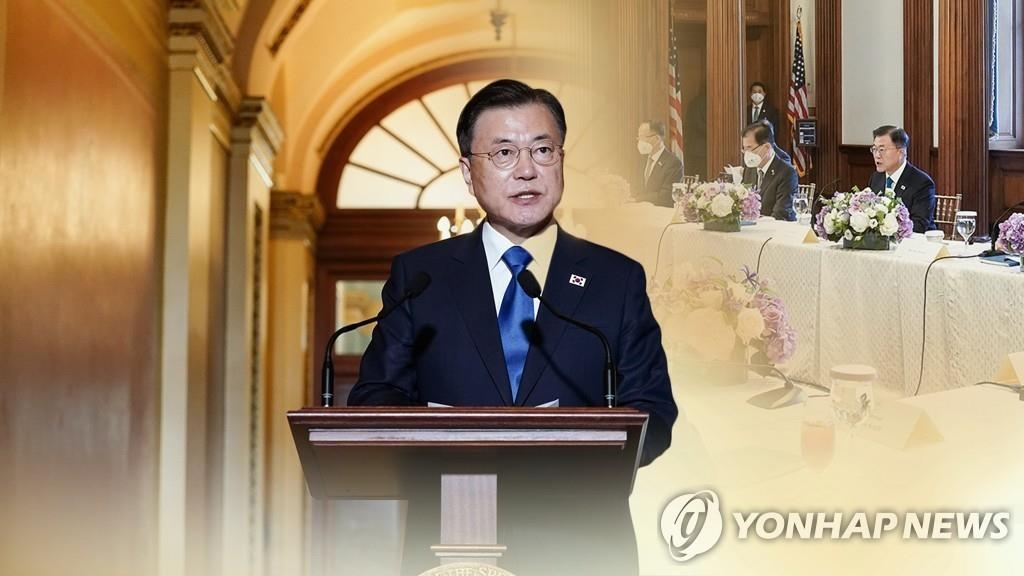 It comes as the president is stepping up efforts for "cooperative politics" in the final months of his presidency following the crushing defeat of the ruling Democratic Party (DP) in the April 7 Seoul and Busan mayoral by-elections.

Those invited to the session are Song Young-gil, head of the DP; Kim Gi-hyeon, acting chief and floor leader of the main opposition People Power Party (PPP); Yeo Young-kug, leader of the Justice Party; Ahn Cheol-soo, chief of the People's Party; and Choi Kang-wook, who leads the Open Democratic Party.

The DP stated that the president has produced the "best results" in his first summit with Biden. The PPP, however, called on Cheong Wa Dae to stop boasting publicly about the summit results, saying it is more important to implement them for tangible accomplishments.