The English-language single debuted at No. 26 on the Billboard's pop airplay chart, which measures airplay of pop songs at some 160 key U.S. radio stations from every Monday to Sunday.

The song's debut ranking is higher than the band's 2020 smash hit "Dynamite," which debuted at No. 30 on the same chart.

"Butter," released on Friday, also debuted at No. 40 on the Billboard's adult pop airplay chart.

In Japan, the summery number sat atop two categories -- weekly streaming and weekly digital single rankings -- on the latest Oricon charts based on data between May 17-23, according to Big Hit Music.

The song earned 16.6 million streams in three days, setting a fresh record for debut week streaming on Oricon, it added. 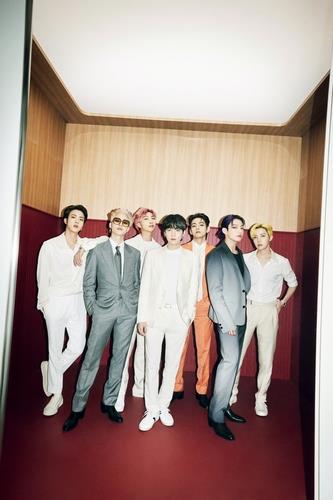 BTS is now the only musician in Oricon's history that has three songs with more than 10 million weekly streams, including "Dynamite" and "Film Out."

Weekly downloads that are counted for the weekly digital single ranking, meanwhile, hit 52,821, fetching the group's second No. 1 in the category after "Film Out."

The seven-piece act has been refreshing its previous chart records with "Butter."

On Spotify, the world's biggest music streaming service, "Butter" earned 20.9 million streams on its first day of release. It marked the most streams in a single day in Spotify's history, according to the band's management agency. 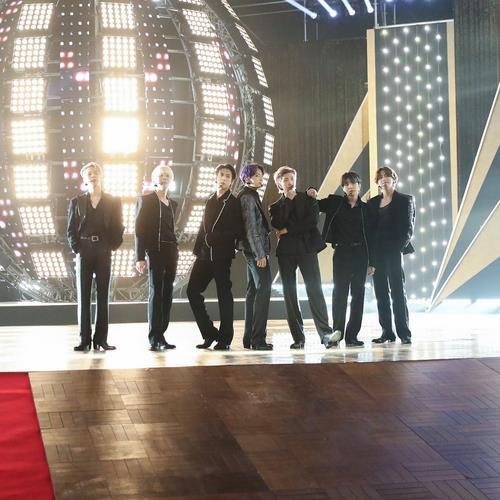 After putting on its first performance of the song at the Billboard Music Awards on Sunday (U.S. time), the septet appeared on the American talk show "The Late Show With Stephen Colbert" where it also showed off the new single.

BTS had appeared in a May 2019 episode of the late night show, where they put on an iconic enactment of legendary British band Beatles, who made its U.S. television debut on the "The Ed Sullivan Show."

The septet is also scheduled to perform in a summer concert series by "Good Morning America" on Friday (U.S. time).