SEOUL, May 26 (Yonhap) -- Although the local box office shows some signs of recovery before the summer peak season, the pandemic-hit Korean film industry still remains wary of releasing big-budget films in the near future.

The South Korean box office recently made a long-waited turnaround thanks to a bullish run by "F9," the latest chapter in the "Fast and Furious" series.

Released on May 19, the Hollywood blockbuster posted 400,000 viewers on opening day to set the biggest first-day score since the pandemic began early last year.

And it attracted 1 million attendees in its first week, becoming the first flick to achieve the feat in about 10 months since two homegrown films, "Peninsula" and "Deliver Us From Evil," last summer.

But the Korean film circle is reluctant to ride on the upside trend ahead of the summer peak season, with no scheduled releases in the coming weeks.

Lotte Entertainment has put off the release schedule of the drama "Miracle," set in the second week of June. It began promotional events in April with a press conference but has stopped the process since last week.

Its big-budget drama "Mogadishu," which has already completed the film rating procedure, has also been shelved.

The crime thriller "Hostage: Missing Celebrity," starring Hwang Jung-min, was first planned to hit local screens in June as its distributor, Next Entertainment World, applied to local authorities for film rating of its trailers last month. But its official release date has not been determined yet. 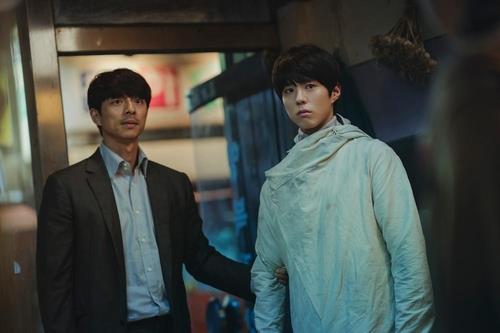 Although it was released simultaneously in theaters and via streaming platform Tving, its box office results are disappointing. "Seobok" was one of the most anticipated blockbusters in South Korea since last year due to its subject of the first human clone and to its starring two Korean heartthrobs, Gong Yoo and Park Bo-gum.

The well-made historical epic "The Book of Fish," released on March 31, went to the video-on-demand market after attracting just 338,000 attendees for about a month.

On top of that, the South Korean film industry is still uncertain about whether the local film market has got out of the yearlong slump and is taking a wait-and-see approach.

They will likely take action after upcoming Hollywood blockbusters, including the American superhero film "Black Widow" slated for July, further heat up the market in the summer.

The total number of moviegoers in the country hit a record low of 5.9 million last year, plunging 74 percent from a year ago.

The downside trend has continued in 2021, as 8.15 million people went to theaters from January to March, slumping 68.7 percent from 26 million tallied in the same period last year. 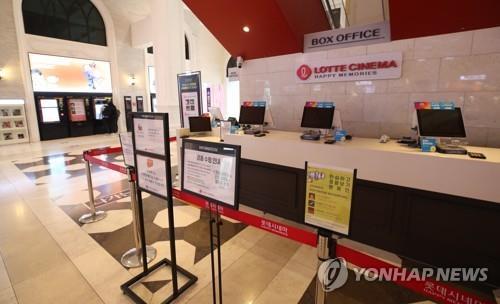