SEOUL, May 27 (Yonhap) -- South Korea's central bank on Thursday sharply raised its 2021 growth outlook to 4 percent, while holding its benchmark policy rate unchanged at a record low of 0.5 percent, amid a strong rebound in exports.

Buoyed by signs of a robust recovery in exports, the Bank of Korea (BOK) raised its growth outlook to 4 percent for this year, and to 3 percent for next year. 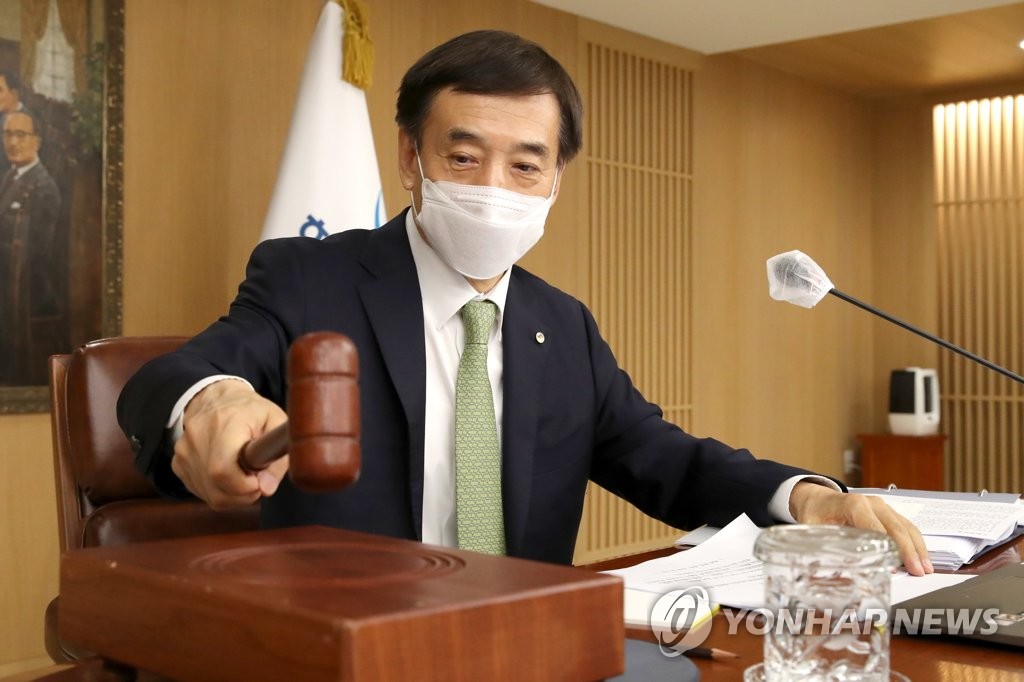 BOK Gov. Lee Ju-yeol said the pace of economic recovery was faster than expected but more patience is necessary on monetary policy.

However, Lee sounded a slightly hawkish tone when asked about the possibility of a rate hike this year, saying that such a hike "depends on the pace of recovery."

Thursday's rate freeze decision was unanimous, Lee said, adding that the government's extra budget would boost this year's growth by 0.1 or 0.2 percentage point.

"The recovery of the Korean economy has strengthened. Exports have sustained their buoyancy and facilities investment has continued to recover robustly, while private consumption has gradually emerged from its slump," the BOK said in a statement.

"Going forward, the recovery of the Korean economy is likely to strengthen thanks to the buoyancy of exports and investment as well as the improvement in private consumption," it said.

The BOK also raised its inflation outlook for this year to 1.8 percent, compared with its previous forecast of 1.3 percent.

As widely expected, the BOK's monetary policy board members voted to leave the base rate steady in this year's fourth rate-setting meeting.

Many analysts have predicted that the BOK may not raise its key rate throughout this year as a wave of coronavirus infections at home show little signs of slowing down. 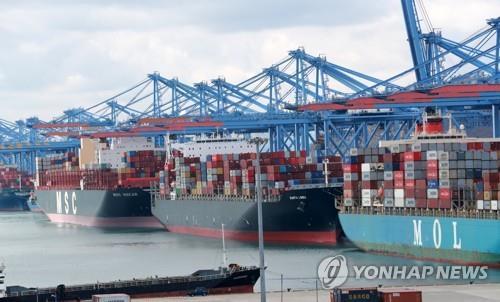