SEOUL, May 27 (Yonhap) -- Samsung Electronics Co. further expanded its leadership in the global NAND flash market in the first quarter of the year, a report showed Thursday, despite an overall decline in chip prices.

The South Korean tech giant, also the leader in the DRAM sector, had a 33.5 percent share of the global NAND flash market in terms of revenue in the January-March period, up 0.6 percentage point from a quarter earlier, according to market tracker TrendForce.

Samsung's revenue from NAND flash products came to a total of US$4.97 billion in the first three months of 2021, up 7 percent from a quarter earlier.

Although its NAND flash average selling price (ASP) dropped by 5 percent due to an oversupply situation in the market, the company managed to see revenue increase as its NAND flash bit shipments increased nearly 12 percent from a quarter earlier, TrendForce said. 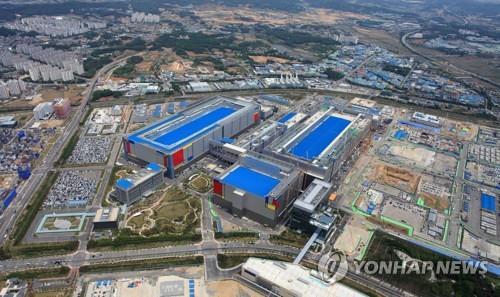 "Samsung's NAND Flash revenue went up for 1Q21 on account of several factors," TrendForce said. "First, smartphone brands and notebook OEMs began to release significant upside demand starting in the second half of January. Second, the demand for enterprise SSDs also grew as the previous quarter was a low base for comparison."

Japan's Kioxia Corp. was the runner-up with an 18.7 percent market share, down 0.8 percentage point from a quarter earlier, as its revenue increased only 1 percent quarter-on-quarter to $2.77 billion.

U.S. chipmaker Western Digital Corp. came in third with a 14.7 percent market share, down 0.3 percentage point from a quarter earlier, with revenue of $2.17 billion.

South Korean chipmaker SK hynix Inc. ranked fourth with a 12.3 percent market share, up from an 11.6 percent share a quarter earlier. Its NAND flash revenue in the first quarter jumped 11.5 percent quarter-on-quarter to reach $1.82 billion, the largest growth among the top six suppliers.

SK hynix also recorded the highest quarter-on-quarter growth rate in bit shipments with 21 percent in the first quarter, according to the report.

Micron Technology Inc. and Intel Corp. came in fifth and sixth in the NAND flash market with shares of 11.1 percent and 7.5 percent in the first quarter, respectively.

Intel, which agreed to sell its NAND flash business unit to SK hynix for $9 billion, saw its revenue plunge 8.4 percent quarter-on-quarter to $1.1 billion. 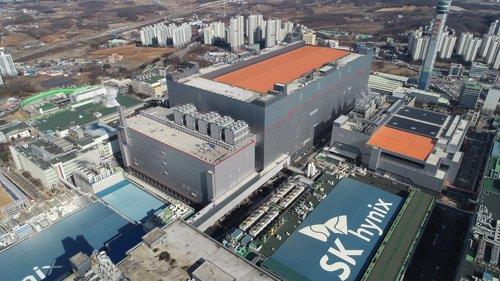 Overall, the global NAND flash industry posted revenue of $14.82 billion in the first quarter, up 5.1 percent from a quarter earlier, thanks to robust demand from laptop and smartphone manufacturers.

The market tracker said the overall ASP in the market dropped by 5 percent quarter-on-quarter, but 11 percent increase in bit shipments offset the decline and led the growth.

Looking to the current quarter, TrendForce said that NAND flash suppliers' revenues are expected to grow from the first quarter.

"Factors on the supply and demand sides have turned oversupply into a shortage and propelled quotes upward for the mainstream categories of NAND flash products," it said. "However, in the long term, the continuation of the shortage of controller ICs may cause prices of NAND flash wafers to drop first and eventually constrain further revenue growth."