SEOUL, May 27 (Yonhap) -- South Korea's agricultural ministry said Thursday it will ease some preventive measures against avian influenza and instead provide more incentives to chicken farms.

Under the plan, the ministry will spare birds from poultry farms that have strictly followed preventive measures in case of another outbreak of the highly contagious animal disease in the region, according to the Ministry of Agriculture, Food and Rural Affairs.

Currently, birds of the same species within a 1-kilometer radius of infected farms are required to be destroyed. South Korea culled nearly 30 million poultry, including chickens and ducks, due to the outbreaks of avian influenza across the country from November last year to April. 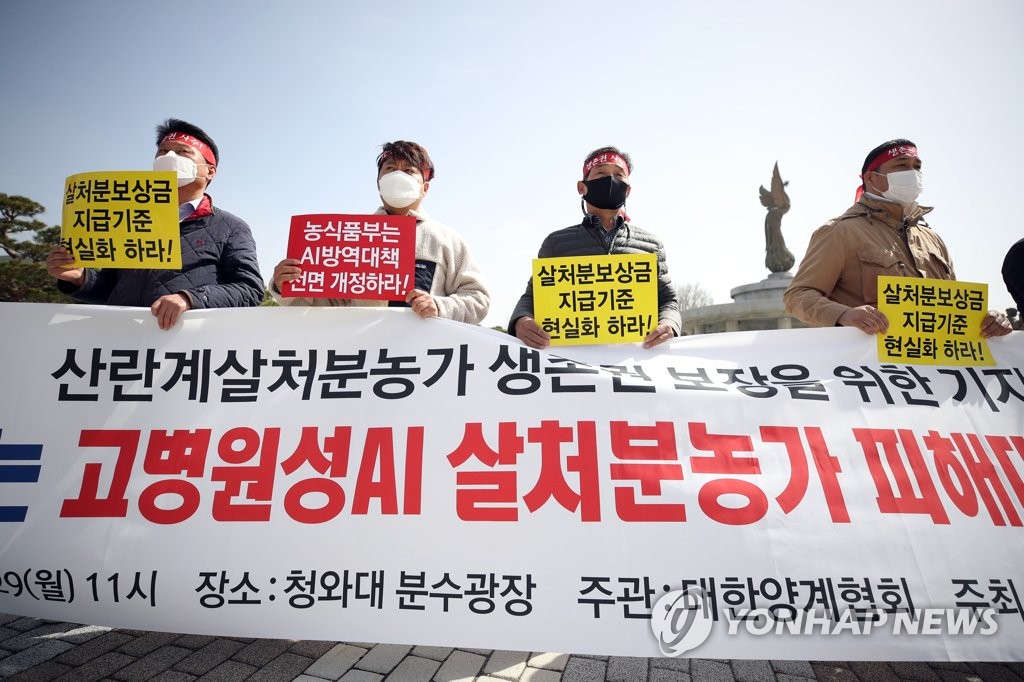 The country earlier culled all birds within a 3-kilometer radius, but it eased the rule in mid-February amid growing criticism from local farms.

No additional cases of the H5N8 strain of bird flu have been reported among wild birds since April 1. There have been no new cases traced to poultry farms since April 6 as well.