SEOUL, May 28 (Yonhap) -- Electric vehicles (EVs) and renewable energy are among the areas where the Netherlands hopes to work with South Korea to deepen bilateral cooperation, its top envoy to Seoul said.

Dutch Ambassador Joanne Doornewaard made the remarks in an interview with Yonhap News Agency on Thursday, noting that both countries' strong commitments to climate change initiatives, including South Korea's goal to achieve carbon neutrality by 2050, set the stage for such future cooperation.

"Your president announced net zero 2050 ... Both our countries are facing this huge challenge," Doornewaard said. "I think climate change, carbon neutrality, that's where we really hope to deepen our bilateral cooperation."

This year marks the 60th anniversary of the 1961 establishment of the diplomatic relations between South Korea and the Netherlands. 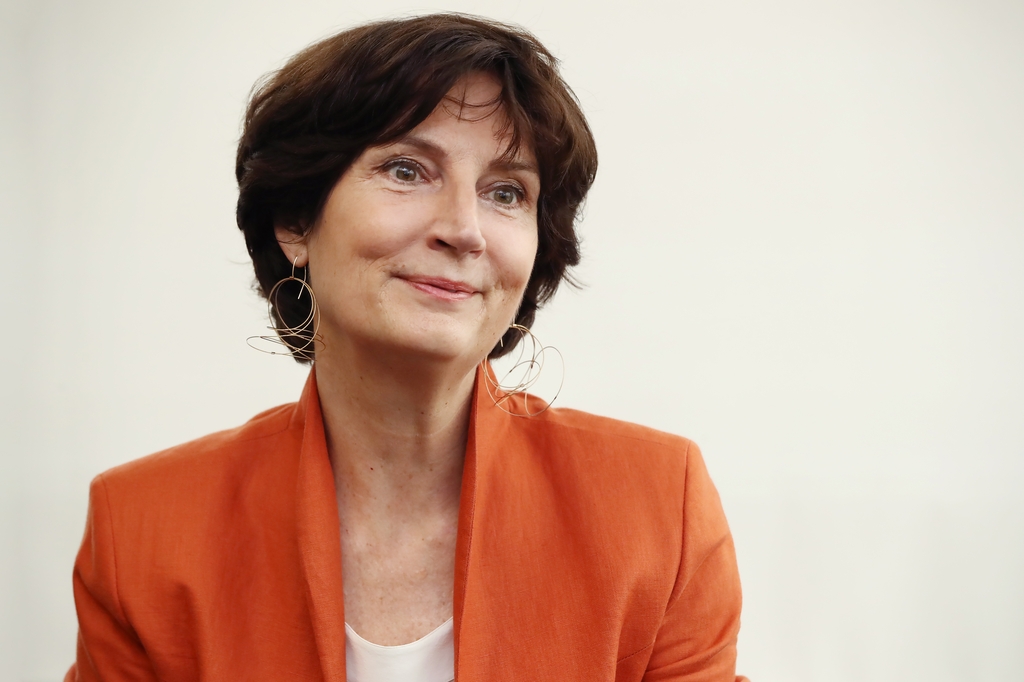 The ambassador, who took office in November 2019, said that electric vehicles and their battery systems -- South Korea's industry fortes -- provide huge opportunities for South Korean businesses as her country is set to adopt a mandatory carbon-free policy for vehicles starting in 2030, meaning that anyone who wants to buy a new car must purchase an electric vehicle.

"You can only buy a new car that is electric. We have the world's best charging infrastructure and I think we will have 1 million extra charging points in a couple of years," she said. "That's a big sector for private companies ... Korean cars are very popular (in the Netherlands), waiting lists for Korean electric cars."

Another promising area is offshore wind power, for which the Netherlands has a lot to share with Korea in terms of knowledge and expertise, Doornewaard said.

"There are companies very much interested in the technology. We import also from your side, the steel for the blades ... is coming from Korea," she said.

In light of climate change, the ambassador hailed Seoul's hosting of the Partnering for Green Growth and the Global Goals (P4G) summit, a global summit on climate change and sustainable development, slated to take place in a hybrid format on May 30-31.

The Netherlands is among the 12 partner countries for the P4G.

"That's a very important cooperation that we have together with Korea on climate change," she said. "We see it as a way of promoting to green our economies to achieve our climate goals." 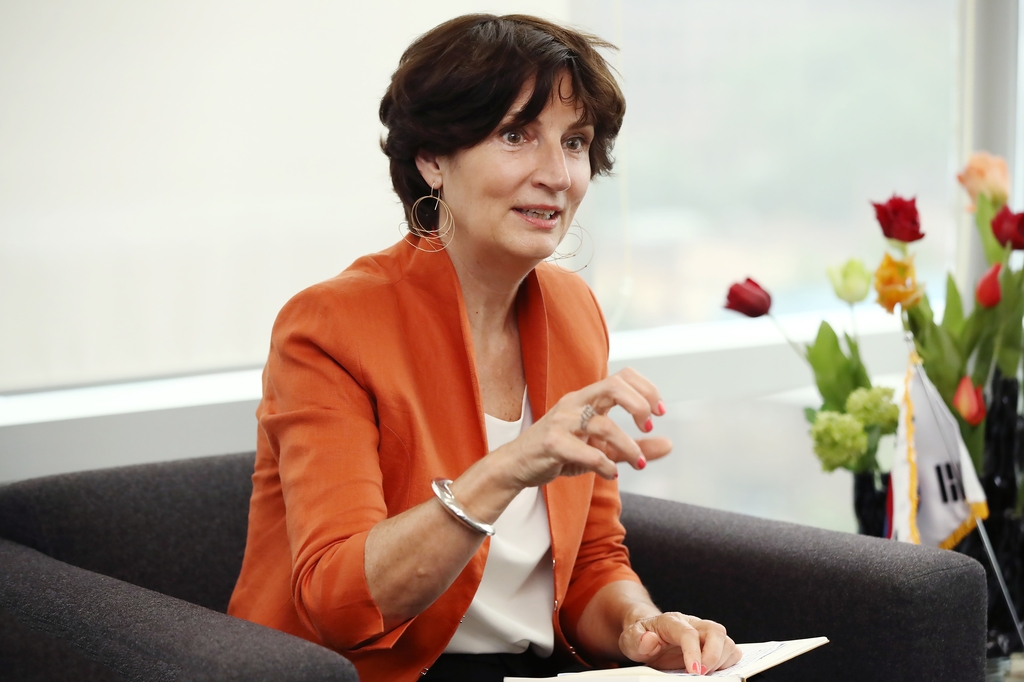 Touching on discussions on the waiver of intellectual property for COVID-19 vaccines, the ambassador said the Netherlands does not agree that waiving IP rights will lead to increased vaccine production, adding that what is more important is to make efforts to ensure adequate vaccine distribution globally.

"We should promote more the transfer and sharing of technologies, see what hampers the production right now and the supply chain, where are the bottlenecks and solve that," she said.

In relation to COVID-19 responses, Doornewaard said South Korea is considered in her country one of the safest places in the world with its success in tackling the virus in the early stages of the outbreak.

She expressed hope that people-to-people exchanges between the two countries, including travel, can resume quickly as more people get vaccinated and that can be proved by certain documents, like a vaccine passport.

"Europe considers Korea as a safe country, because your numbers are relatively low," she said, calling for the introduction of vaccine passports recognized in both countries. "We really need to have this vaccine passport and hopefully that there'll be recognized also in Korea." 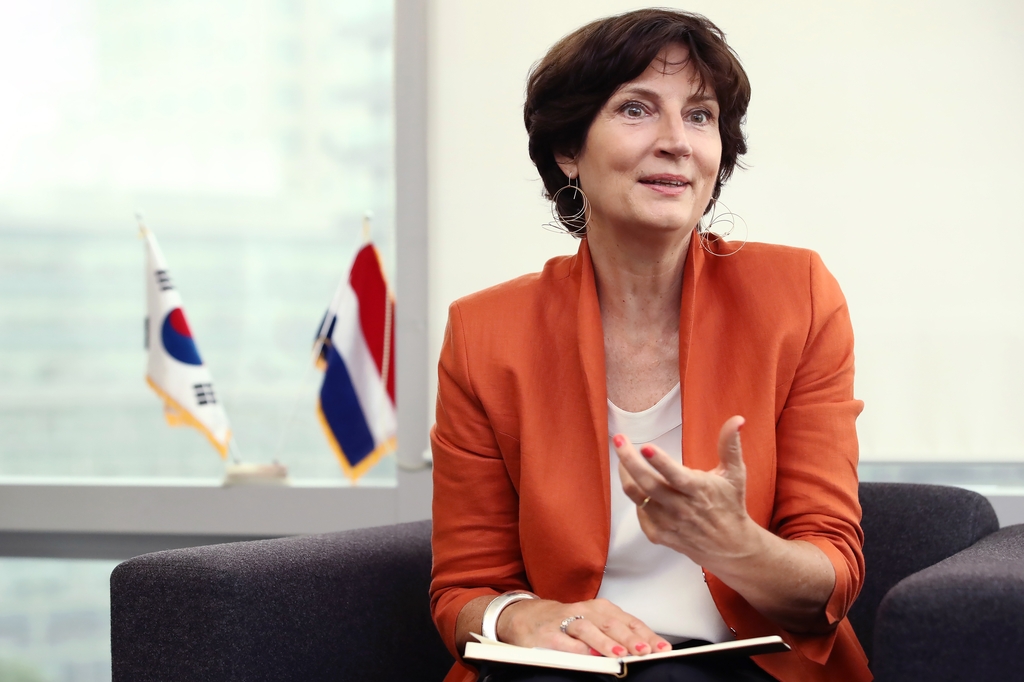