The ministry made the assessment in a report to the parliament, saying that the May 21 summit "brought achievements encompassing political, economic cooperation and global issues, while expanding and deepening the realms of cooperation."

Following the summit, the United States expressed a willingness to engage diplomatically with North Korea in order to take practical steps for the denuclearization of the Korean Peninsula and agreed to embrace past agreements reached between the two Koreas and between the U.S. and the North.

The decision to endorse past deals, such as the 2018 Singapore Joint Statement signed between then U.S. President Donald Trump and North Korean leader Kim Jong-un and the 2018 Panmunjom Declaration signed between the two Koreas, was seen as an expression of commitment to dialogue with Pyongyang.

In another such sign, Biden appointed former nuclear negotiator Sung Kim as special envoy for the North.

By committing to "inherit the Panmunjom Declaration and the Singapore Agreement, and with the U.S. appointment of its point man on North Korea," the summit results demonstrate a clear message from Seoul and Washington to Pyongyang that they are ready for dialogue, the foreign ministry said.

During the summit, the two countries also agreed to expand cooperation in other areas, such as COVID-19 vaccines, global supply chains and climate change, while the U.S. pledged to provide full vaccinations for 550,000 South Korean troops.

The ministry also hailed the U.S. decision to lift all restrictions on the flight range and warhead weight of South Korean missiles in a restoration of the country's security sovereignty. The U.S. first imposed the restrictions, known as the "Missile Guidelines," in exchange for transferring key missile technologies to Seoul in 1979. 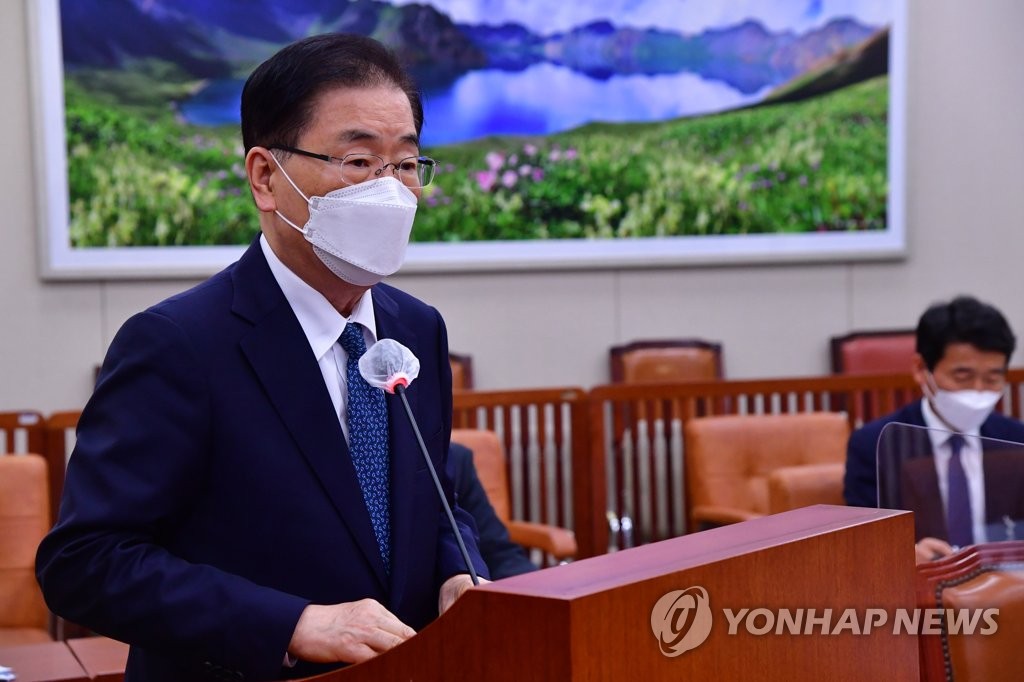