SEOUL, May 29 (Yonhap) -- BTS' latest single, "Butter," has debuted at No. 3 on the U.K. Official Singles Chart in another feat for the K-pop juggernauts.

The septet's new song, released on May 21, ranked in 3rd place on the latest version of the chart, announced on Friday (local time). The chart said the song had over 10,000 downloads, the largest number for any song on this week's chart.

It again marks the best ranking for BTS on the British music singles chart after the group peaked at No. 3 last year with megahit "Dynamite." 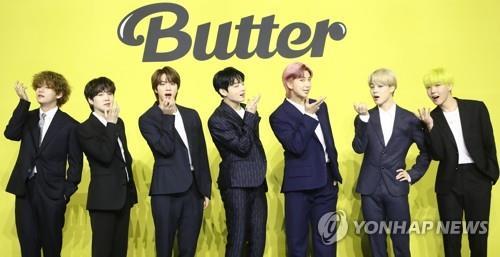 The Official Charts, which dates back to 1952, is considered a key music chart in the pop music industry alongside the Billboard charts. It analyzes rankings based on a number of data on streaming, digital downloads and sales. 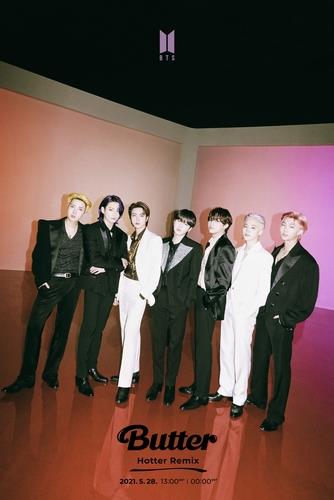 The groovy summer song has made a splash on global music charts as well as streaming and video platforms around the world.

In addition to topping music charts in South Korea and Japan and the iTunes top songs chart in more than 100 regions, "Butter" earned 20.9 million streams on Spotify on its debut day, marking the most streams in a single day in the service's history.

The hype surrounding the English-language single has been growing by the day. BTS dropped a more playful version of the song through a "Hotter" remix version on Friday, while American fast food giant McDonald's launched a "BTS meal" in the first celebrity collaboration to go on sale globally.

Eyes are on whether the single will debut at No. 1 on the Billboard's main singles chart set to be announced next week. 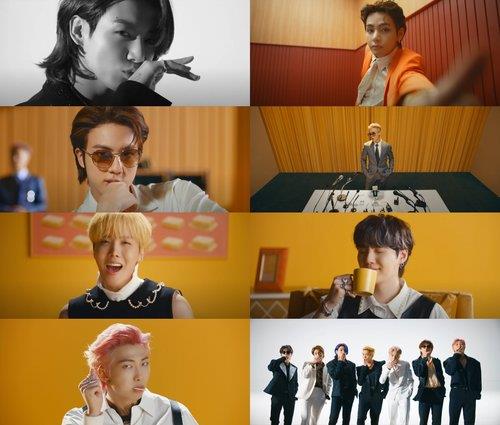