SEOUL, May 29 (Yonhap) -- Five elderly women who did not even have a vague idea of what "font" means have emerged as unlikely stars in the world of typography in South Korea.

Early this month, Hancom, the country's leading office suite software developer, said it rolled out new fonts developed by the grandmothers in their 70s and 80s from the small county of Chilgok, North Gyeongsang Province, for its word processor HWP, the Korean equivalent of Microsoft Word.

To express her gratitude, Choo Yoo-eul, one of the women, sent the company presents -- a variety of fresh produce that she raised and harvested by herself, including tomatoes, cucumbers and peppers -- the company said on its Facebook page. 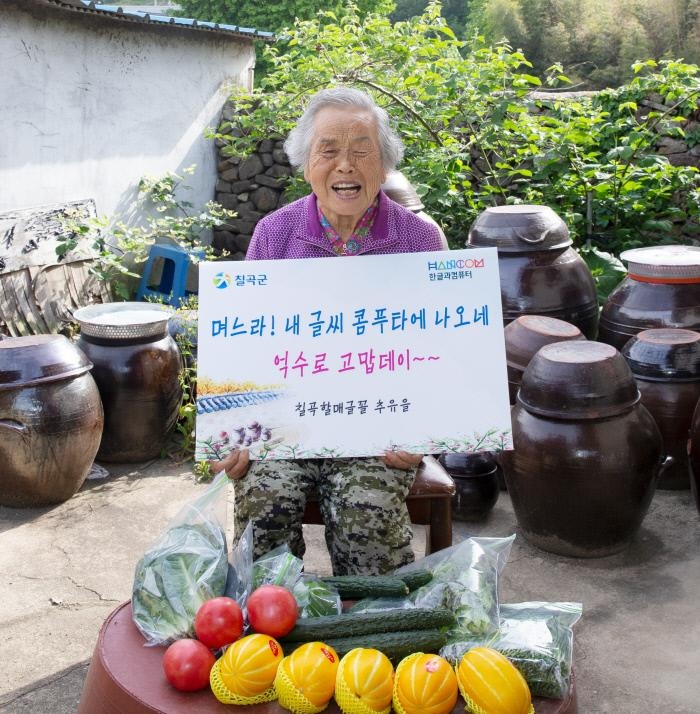 In the picture the company received from the county, Choo smiled broadly at the camera, holding a board saying "My handwriting is on the computer. Thanks so much," written in dialect and filled with spelling errors.

"Even after I die, I hope I could be remembered forever through my handwriting," the 86-year-old said.

She is among some 400 grandmothers who belatedly learned to read and write the Korean alphabet hangeul at the county's community center.

The county chose the five grandmothers with the most elegant handwriting that also exhibits strong personality to develop them into fonts. The five elderly women, who studied in the hangeul class for more than 10 years, practiced day and night for several months and "poured their souls" into the project, according to the county. In a video uploaded on the county's website, Choo said she is now confident when asked to write down her name on a piece of paper at a local bank.

"I used to feel too nervous to write my name, but now I don't feel that way anymore," she said.

Kim Young-bun, another grandmother, said she was not allowed to go to school. Instead she had to work from an early age to help support her four siblings.

Other women's stories were similar. Born in the 1930s and 40s when the country was poor and steeped in the teachings of Confucius, they lived at a time when girls were mostly unwelcome and forced to sacrifice themselves for educating other male siblings. 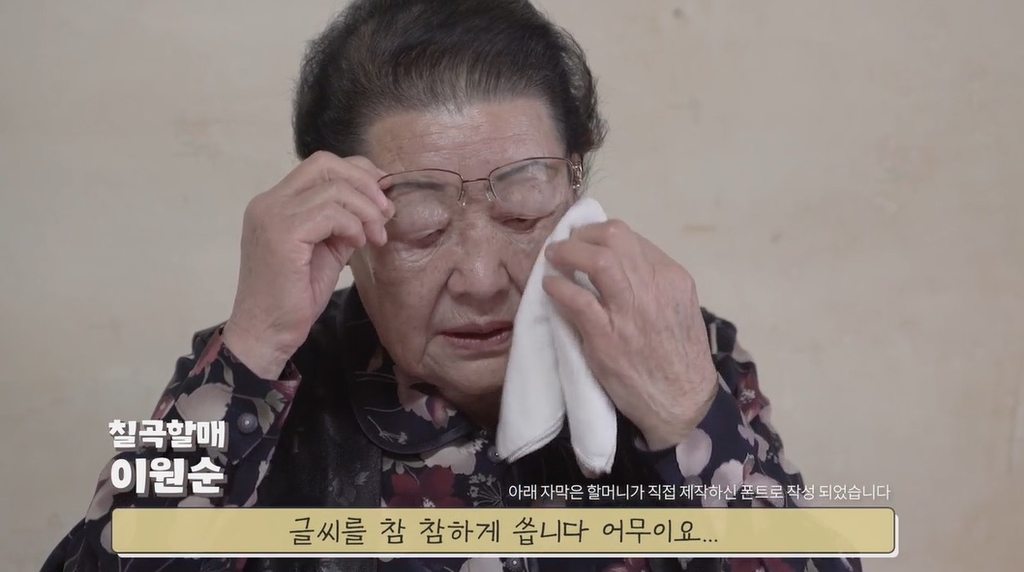 "Mom, your handwriting is so nice and pretty. How do you do that?" Lee Won-soon recalled her son responding in surprise when he watched her write. Her son cried and she cried along too, she said.

The fonts, which are free to download from the county's website, are being widely used by ordinary people.

Shin Hae-kyeong, who runs a fried chicken restaurant in the county, attaches a thank-you note written in one of the grandmothers' fonts to every box of fried chicken before delivering them to her customers.

"The fonts make your expression of gratitude look more sincere," she said. "Since I started doing that, sales went up."

The National Hangeul Museum has recently designated the framed handwritings of the grandmothers and the USB flash drive on which the fonts are saved as national heritage.

"The Chilgok grandmothers' fonts are cultural heritage left by the last generation who could not receive regular schooling," Shim Dong-sung, the president of the museum, said. "They left a big footprint and wrote a new chapter in the history of hangeul." 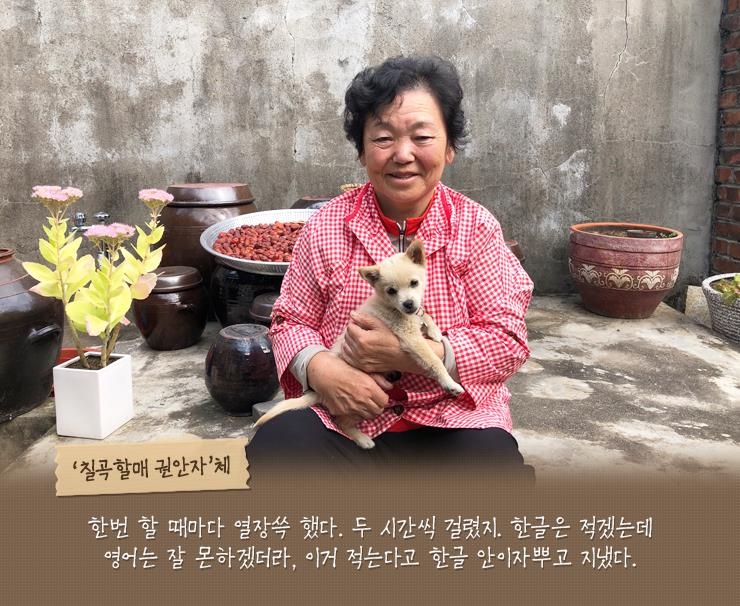 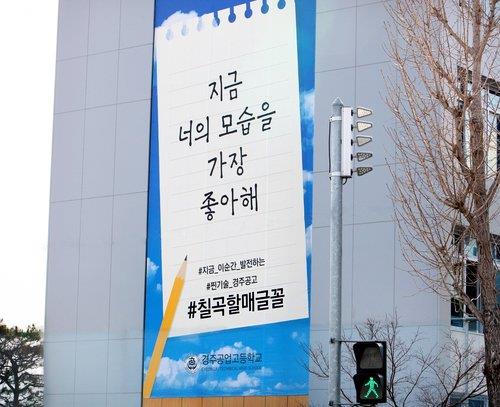