SEOUL, May 29 (Yonhap) -- South Korea's daily new coronavirus cases stayed in the 500s for the second consecutive day Saturday as health authorities strive to contain cluster infections and the spread of virus variants.

There were five additional fatalities, raising the death toll to 1,951. The fatality rate was 1.4 percent.

Daily caseloads have been going through some ups and downs between the 400s and 700s in recent months with no significant signs of a letup as cluster infections continue to be reported across the nation. 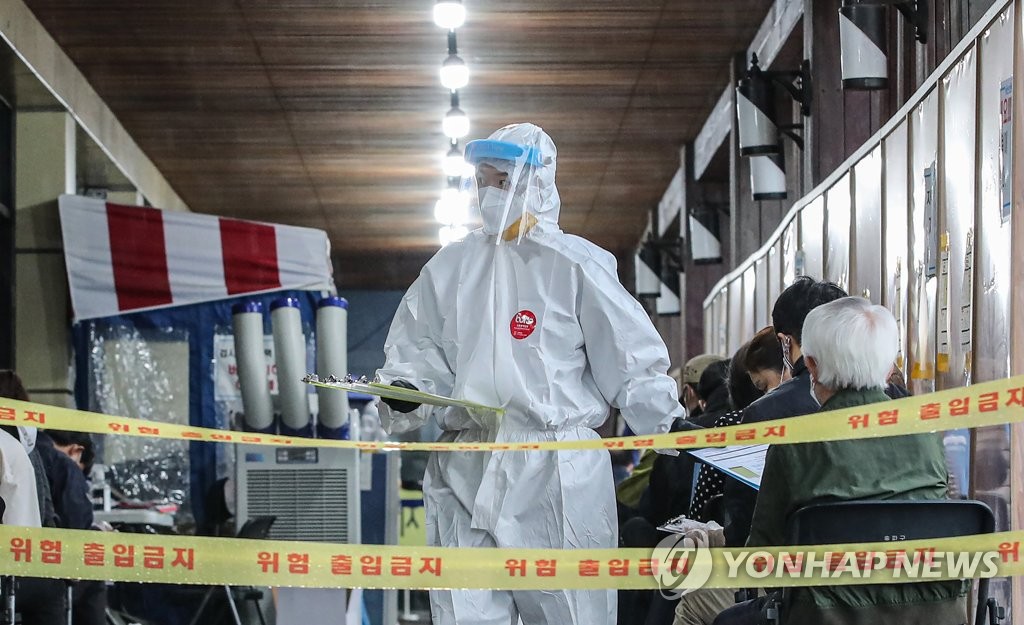 A total of 5.23 million people, including 542,227 the previous day, have received their first shots of COVID-19 vaccines, accounting for 10.2 percent of the country's population, since the country started its vaccination program on Feb. 26.

AstraZeneca's vaccine has been given to 3.11 million people, while 2.11 million have received that of Pfizer.

The KDCA said 2.13 million people have been fully vaccinated, with an additional 63,876 receiving their second jabs the previous day.

South Korea plans to allow people who have received their first jabs to take their masks off outdoors starting in July in a move to normalize people's everyday lives and promote its vaccination campaign.

The country also started to allow younger people who are not yet officially eligible to receive shots to apply for leftover vaccines through popular mobile platforms Thursday.

A total of 26,859 cases of side effects after vaccinations have been reported, although 94.9 percent of them were mild symptoms.

So far, a total of 179 post-vaccination deaths have been confirmed, with 14 reported in the past three days, but the exact causes of the deaths remain unknown as causality could not be determined, health authorities said. 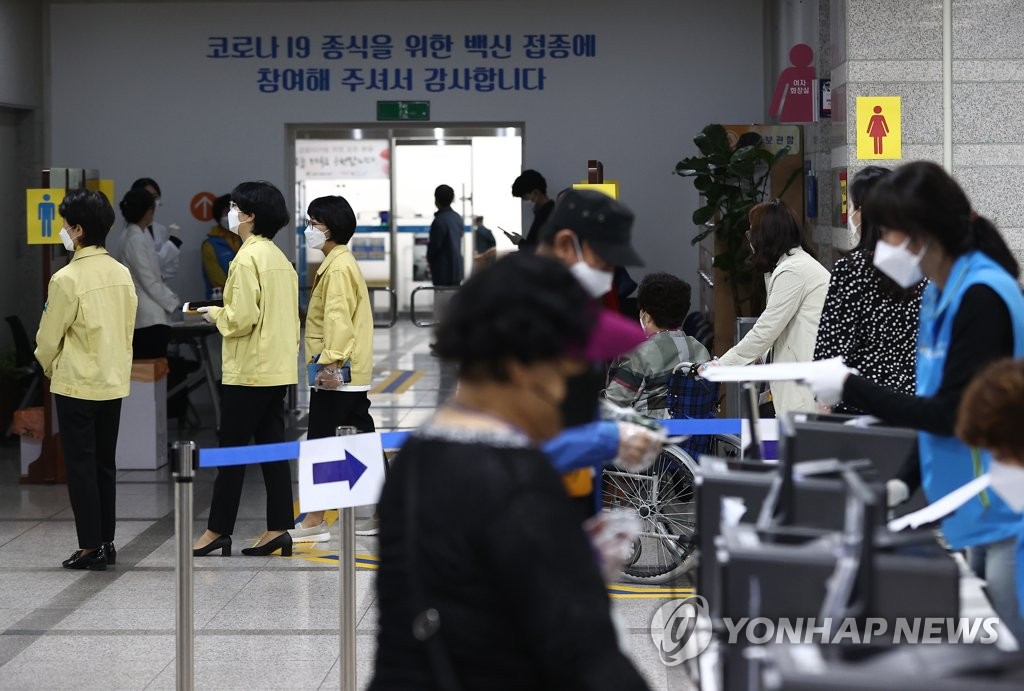 Of the 505 new local infections, 343 cases came from the capital area, with 190 from Seoul, 136 from Gyeonggi Province and 17 from Incheon, 40 kilometers west of the capital.

The number of seriously or critically ill COVID-19 patients was 160, up four from the previous day.

The total number of people released from quarantine after making full recoveries was 129,739, up 980 from a day earlier, with 7,741 people being isolated for COVID-19 treatment, down 452 from a day ago.