SEOUL, May 31 (Yonhap) -- The military will begin administering coronavirus vaccines to service members aged under 30 next week, the defense ministry said Monday.

"We plan to begin vaccinating those aged under 30 next week, with Pfizer's vaccines expected to be provided," ministry spokesman Boo Seung-chan said during a regular press briefing.

The military has completed providing the first doses of AstraZeneca's COVID-19 vaccines to some 117,000 service members aged 30 and older who have agreed to be inoculated earlier this month.

Around 414,000 South Korean troops are in their 20s and are eligible to take the vaccines for the upcoming round of inoculations. How many of them will agree to take the shots is yet to be seen. Among troops aged over 30, 88 percent have received their first jabs.

South Korea will also receive the Johnson & Johnson (J&J) vaccine from the United States this week following Washington's pledge to donate vaccines for Korean troops, though they will be mainly administered to reservists and other personnel related to defense affairs due to concerns over blood clotting among those under 30.

An Army officer based in the southwestern county of Jangseong was confirmed to have contracted COVID-19 after an off-installation visit, while a soldier in the central city of Cheonan was found to be infected after a family member tested positive earlier, according to the ministry. 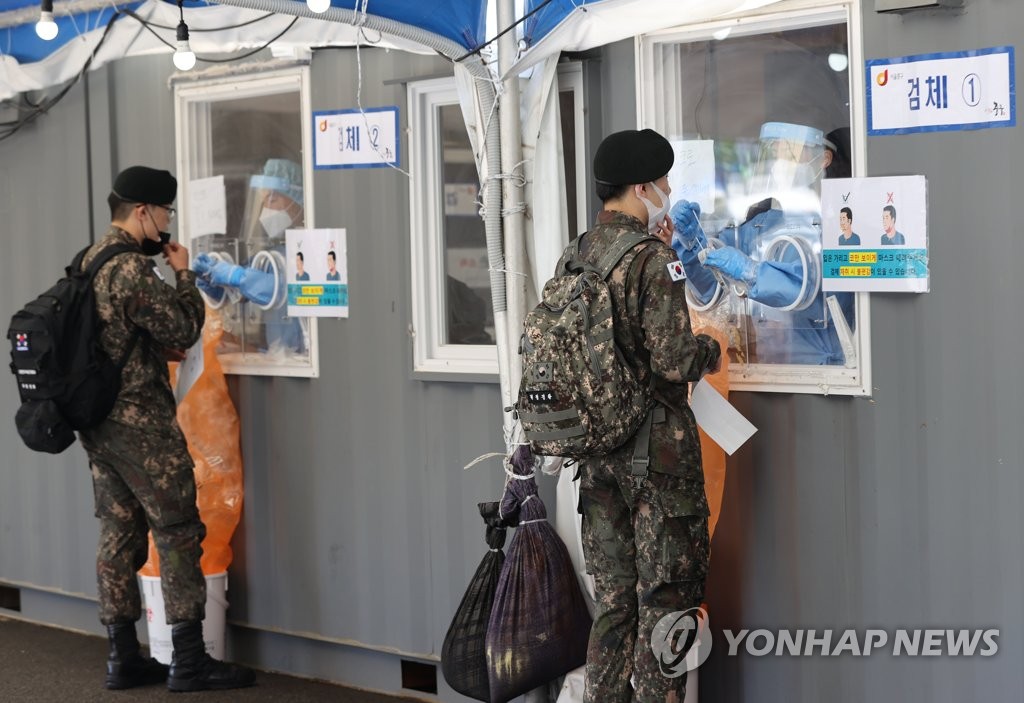 (LEAD) Military to begin vaccinating troops under 30 next week

(LEAD) Military to begin vaccinating troops under 30 next week