SEOUL, May 31 (Yonhap) -- K-pop act Tomorrow X Together (TXT), known for its relatable songs that capture the stories and sentiments of teens, said its second full album "The Chaos Chapter: Freeze" is a result of its ongoing soul-searching.

"In our early debut days, we were simply happy about being able to sing and perform. Now we are at a stage where we are thinking hard and trying to show our opinion more on things like our outfits, concept and choreography," Taehyun, a member of the five-piece group, told a livestream news conference Monday.

"We think a lot about how we can become good artists and better human beings. Like wine ages well as time passes, I think we are going in the right direction," he said in the event marking the release of the group's second studio album. 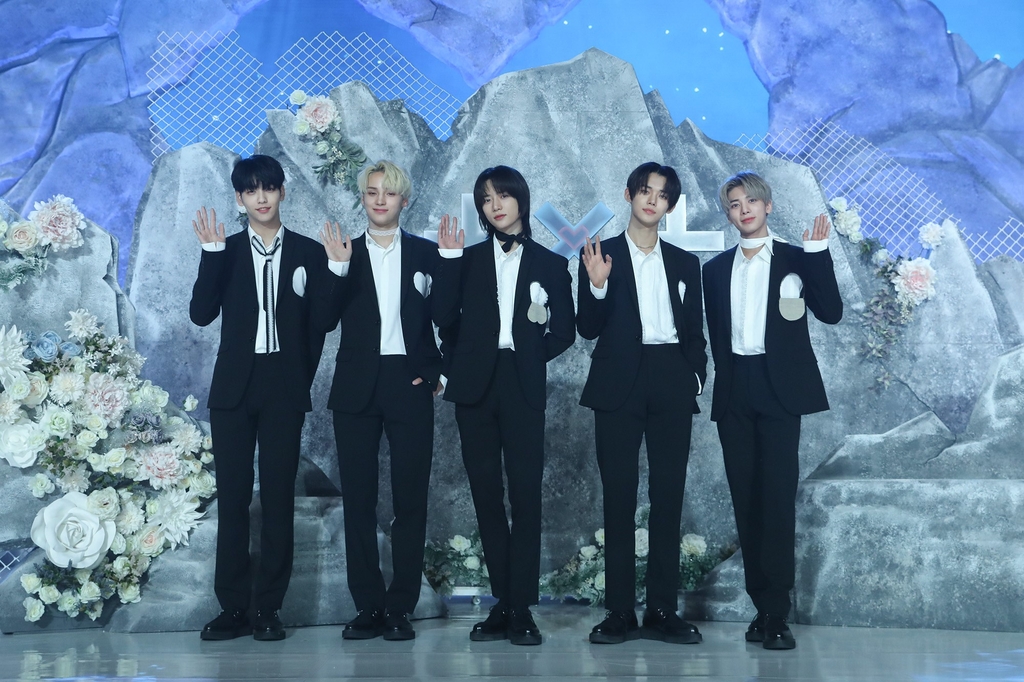 TXT, which made its debut in 2019, said that kind of soul-searching led all five members of the group to take part in songwriting for the new album set for release at 6 p.m.

Apart from writing the lyrics, Taehyun and HueningKai also took part in the songwriting and producing of "Dear Sputnik," a song that HueningKai said he first felt uncertain about but developed into a song after positive feedback from his label. 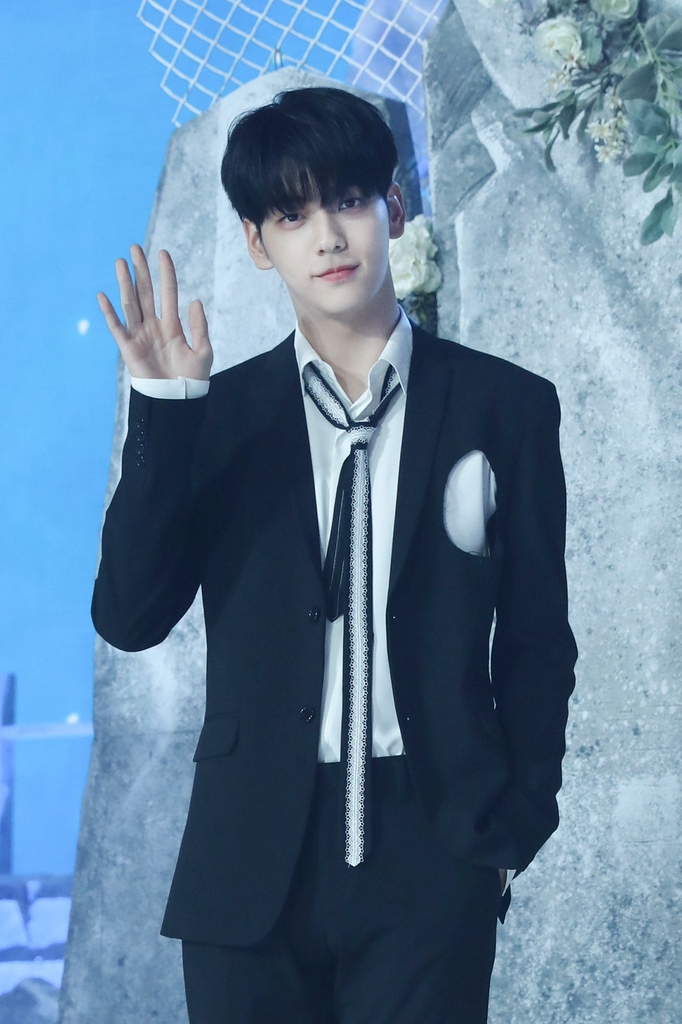 The album also includes the main track "0X1=Lovesong (I Know I Love You)," which RM of BTS helped pen.

"Producer Bang Si-hyuk was stuck on the lyrics for three weeks and asked RM for help," Soobin said. "There was also another candidate for the title, but RM thought the current title was more charming and fit."

HueningKai mentioned how the BTS rapper encouraged the boy band on the new song and thanked him for working on it. 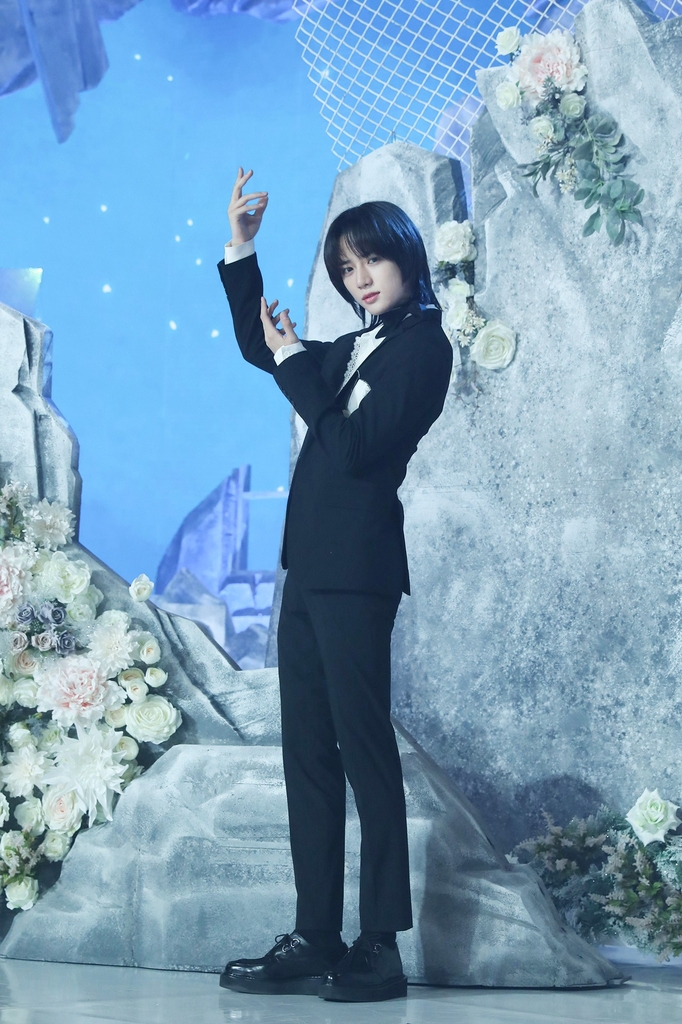 As part of its move to take on new challenges, TXT also included its first English-language song "Magic" in the eight-track album.

"We prepared an original English song, hoping to give it as a gift to our fans. It was our first attempt, and we wanted to release a well-made song," Yeonjun said.

Beomgyu added that the group members practiced their English pronunciation and focused on emphasizing the details of the song so that it wouldn't sound awkward. 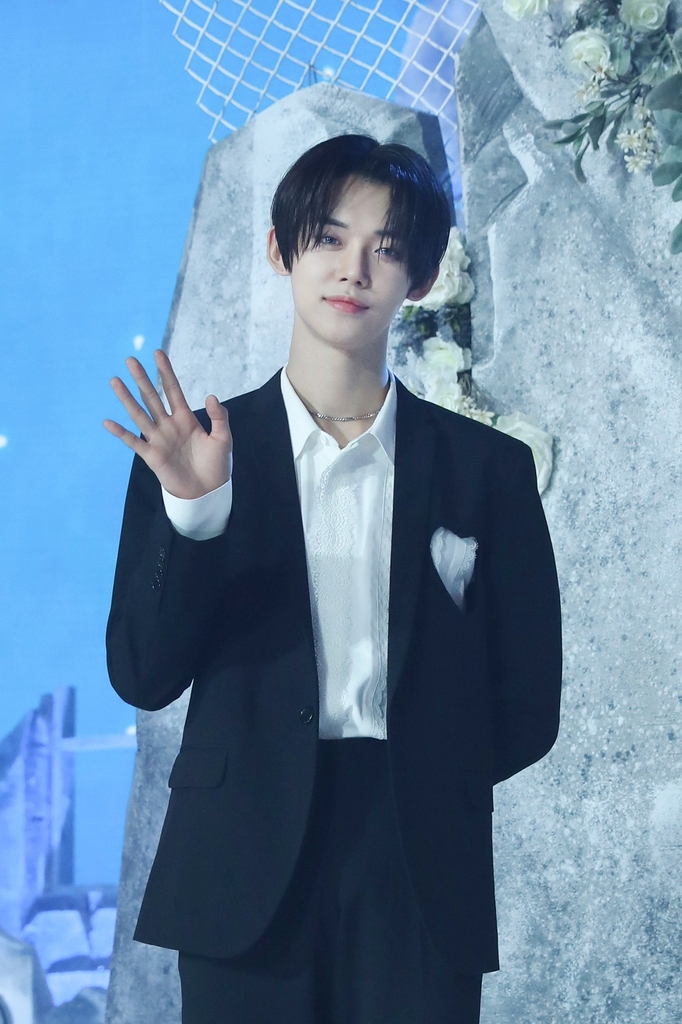 The move is also seen as part of efforts to cement the group's global fan base. The group's October-released EP "Minisode1: Blue Hour" landed at No. 25 on the Billboard 200 in a record high for the group. The five-piece act also recently appeared in an episode of "The Ellen DeGeneres Show," where it performed its hit track "We Lost the Summer."

"It was amazing how we made it to the Billboard chart, and we are thankful a lot of people are loving us," Soobin said.

"We do want to get good chart records and also hit No. 1 on (domestic) music programs. I hope that all of us enjoy performing and our fans like (the new album)," he added. But above all, the group said it wants to be remembered as a group that best represents the stories of teens.

"We want to hear that we are a group that best speaks for teenagers and tells their stories through our performances," HueningKai said.

"We want to move people's hearts through TXT's music. In the future, I hope people remember our music as songs that voiced their thoughts well," Beomgyu added.