SEOUL, June 2 (Yonhap) -- K-pop supergroup BTS has achieved another historic milestone, landing at No. 1 on the Billboard's main singles chart with its latest single, "Butter."

"BTS' "Butter" bounds in at No. 1 on the Billboard Hot 100 songs chart," Billboard said Tuesday (U.S. time), citing figures from MRC Data showing how the song drew 32.2 million streams and sold 242,800 downloads in the week ending May 27.

These figures put the new single fourth on the Streaming Songs chart and No. 1 on the Digital Song Sales Chart, Billboard added. "Butter" drew 18.1 million radio airplay audience impressions in the week ending May 30, ranking No. 39 on the Radio Songs chart, which is 10 notches higher than the group's 2020 hit "Dynamite." 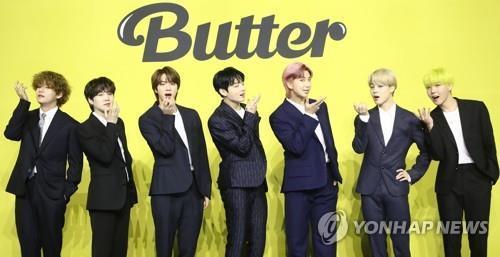 It marks the group's third No. 1 debut on one of the pop music industry's most influential music charts with its own song.

In 2020, the septet made history by becoming the first Korean act to debut at No. 1 on the Hot 100 with its first English-language single, "Dynamite," which also earned the group its first Grammy nomination.

Later in the year, the group's song "Life Goes On" that was the main track for their album "BE," became the first song predominantly sung in Korean to debut at the top spot on the main singles chart.

"BTS is now the first and only group in history with multiple No. 1 debuts on the Hot 100," Billboard tweeted following the Korean song's debut atop its main singles chart.

With the latest record, BTS is now the "first group with a trio of No. 1 entrances," the U.S. music publication reported. Among all acts, Ariana Grande is the top player with five No. 1 debuts. 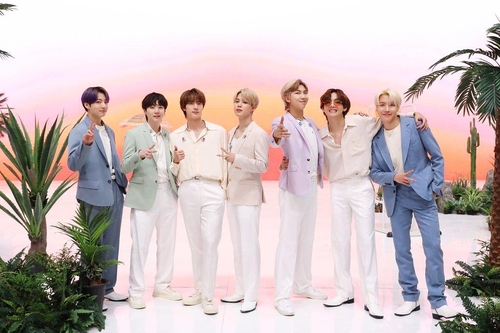 In a comparison with other acts that have four No. 1s on the main singles chart, Billboard noted how the feat is the "quickest accumulation of four initial leaders since Justin Timberlake" and among groups the "fastest run to four initial Hot 100 No. 1s since the Jackson 5 in 1970." 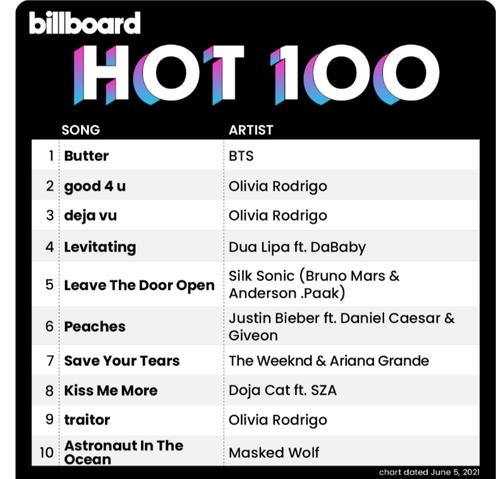 "We chose this song to cheer everyone up and comfort everyone who must be exhausted from the current situation," BTS rapper Suga said in an interview with Apple Music.

It topped iTunes top songs charts in more than 100 regions, as well as music charts in South Korea and Japan, a day after its release. Last week, the song debuted at No. 3 on Britain's Official Charts, tying with the group's earlier hit "Dynamite." 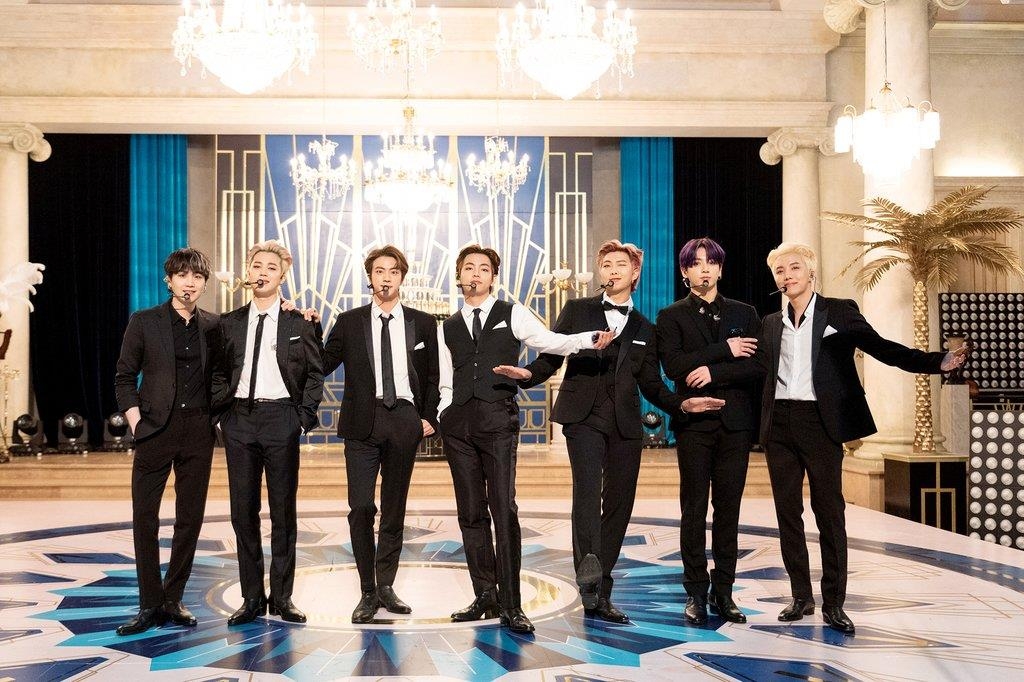 BTS celebrated the latest Billboard milestone on Twitter and the fan community platform Weverse. It shared an image of the latest chart, thanking Army, the group's powerful global fan base, as well as photos of the seven-piece act.

"We believe we could get the honorable title of having four Hot 100 No. 1s thanks to a lot of people's help and love," the group said in a statement released through its label Big Hit Music.

"If (people) could get energy and cheer (themselves) up by listening to 'Butter,' there would be no better gift than that," BTS said.