SEOUL, June 1 (Yonhap) -- South Korea's intelligence chief is expected to return home Tuesday after a weeklong trip to the United States that apparently focused on discussions with his counterparts on North Korea, sources said.

National Intelligence Service (NIS) Director Park Jie-won had been in the U.S. since his departure on May 26. His trip drew keen attention as it came just days after President Moon Jae-in and U.S. President Joe Biden held a summit and agreed to use diplomacy to resolve the North's nuclear standoff.

Though his schedules in the U.S. were not confirmed, he apparently met his counterparts, including CIA Director William Burns, and exchanged views on North Korea.

Some speculated that Park could meet North Korean diplomats while staying in New York but Unification Minister Lee In-young earlier said that such a meeting might not take place.

The NIS declined to comment on Park's overseas trips. 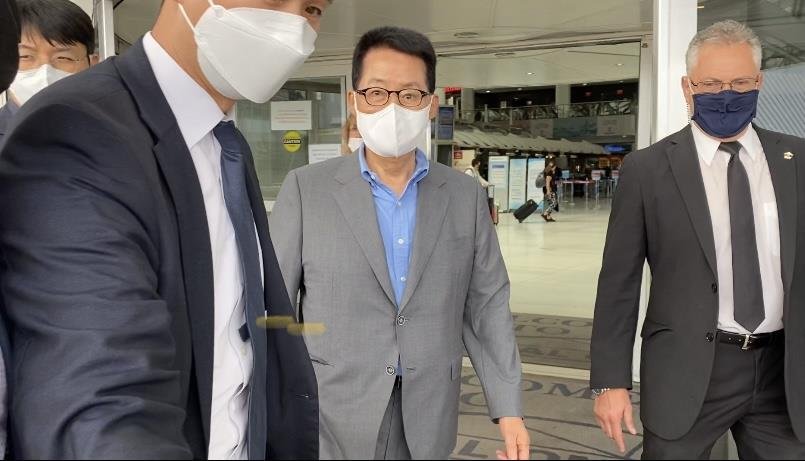