SEOUL, June 1 (Yonhap) -- North Korea criticized some countries for storing an excessive stock of coronavirus vaccines while others suffer from a lack of supplies in a recent United Nations session.

In a statement presented at the 74th World Health Assembly last week, North Korea also urged the World Health Organization to help achieve a fair distribution of the vaccines across the globe.

"The development of COVID-19 vaccines and medicines might be the achievement for the common mankind whereas an unfair reality is to be seen that some countries are procuring and storing the vaccines more than its needs by inspiring the vaccine nationalism plainly when other countries can't even procure it with their affordability," it said.

North Korea also criticized countries for engaging in "national egoism with the vaccine and making bottleneck for the mass production of it by seeking only for the profit."

It then called on WHO to make an effort "for a thorough consideration in the moral and ethical phase of the health work to save the human life and for a removal of the global inequality."

North Korea was initially expected to receive around 1.7 million doses of vaccines against COVID-19 by May through the COVAX Facility program.

COVAX Facility, however, earlier announced a delay in providing the North with 1.704 million vaccines manufactured by AstraZeneca.

A unification ministry official said the initial plan by COVAX to assist the North remains unchanged but there appears to be a delay in the process, which requires countries to submit their rollout plans and other paperwork.

North Korea has claimed to be coronavirus-free but has taken relatively swift and tough measures against the global pandemic, such as imposing strict border controls, since early last year. 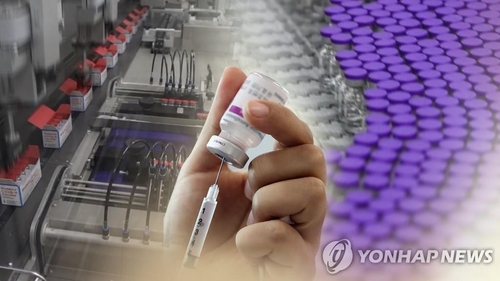