SEOUL, June 1 (Yonhap) -- Though they're sitting pretty atop the standings, it's not all fun and games for the SSG Landers now.

The Landers entered the week in first place in the Korea Baseball Organization (KBO) at 27-18, two games ahead of three clubs. But that reign at the top could be short-lived, as the Landers are now down two starting pitchers. 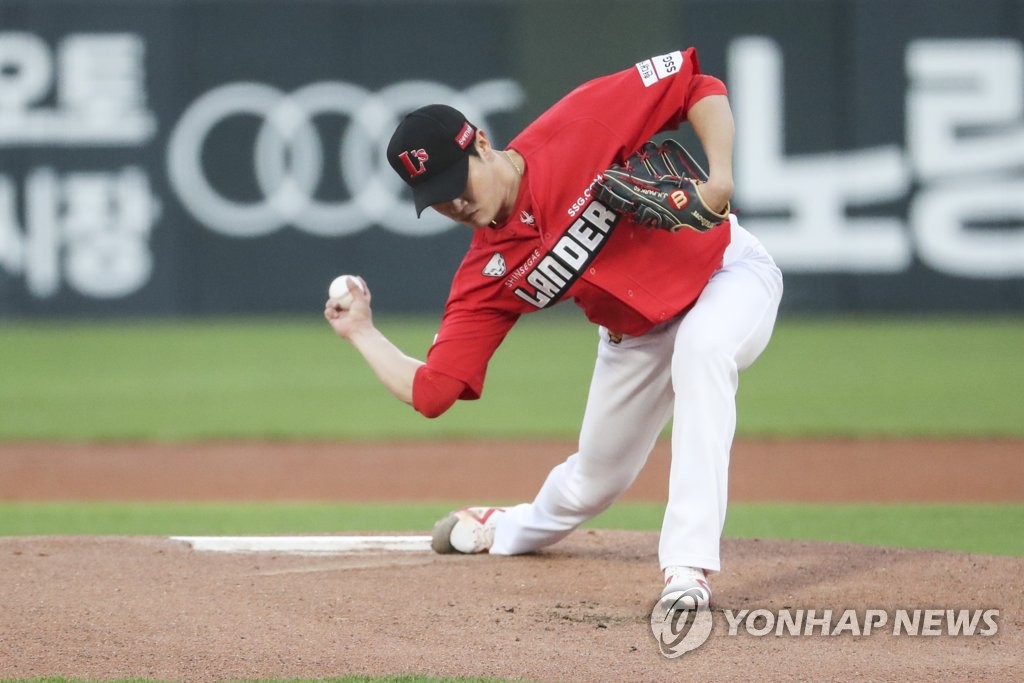 Submariner Park Jong-hun took himself out of a game against the Hanwha Eagles last Friday with elbow pains. He went through tests three days later, and the 29-year-old may need operation, which will keep him out for an extended stretch.

Park is leading the team with a 2.82 ERA in nine starts, over which he has gone 4-2. He has also pitched a team-high 54 1/3 innings, though that total will likely remain stuck there.

Another starter, Artie Lewicki, hasn't been able to stay on the mound much in his first KBO season. He has made just four starts, with a 1-0 record and a 3.77 ERA across 14 1/3 innings.

He suffered an oblique injury in April that kept him sidelined for over a month. He returned last Saturday but lasted just one inning in that game. He was later diagnosed with a pectoral injury, and the Landers said he will be out at least four weeks.

The team has started searching for a possible replacement for Lewicki, with one team official saying, "We're open to all possibilities." 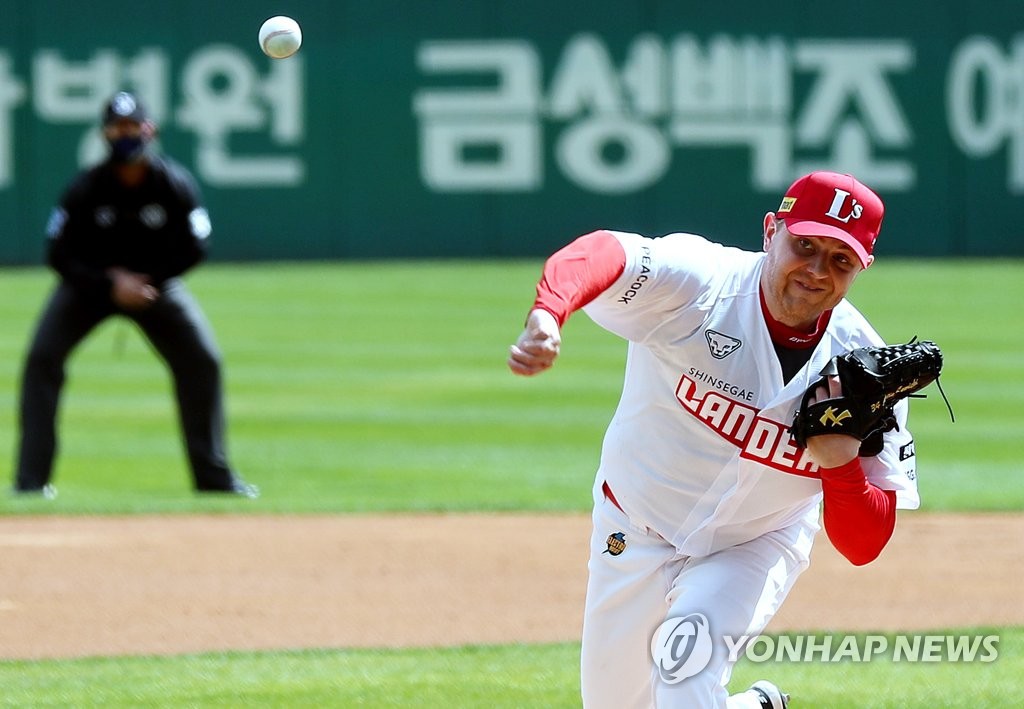 In the absence of those two starters, the Landers will be rolling out Wilmer Font, Moon Seung-won, Oh Won-seok and Jung Su-min, plus whoever is available to fill in that fifth spot.

Font himself has missed a big chunk of the season, though he has looked better since returning to action on May 13. Moon has been holding down the fort with a 2.86 ERA in nine starts.

Injury issues aren't new to the Landers, who played without second baseman Choi Joo-hwan and reliever Kim Sang-su earlier in the year.

The Landers have been able to reach first place despite middling offense relying heavily on long balls and below-average pitching. Injuries to these key players may prove to be their undoing as the season wears on.