SEOUL, June 1 (Yonhap) -- The defense ministry will launch an interagency task force to come up with measures to improve troops' living conditions after a series of complaints over poor meal quality and other inconveniences, officials said Tuesday.

The quality of military meals has emerged as a hot issue after active-duty soldiers uploaded photos showing poor quality meals on a Facebook page serving as an anonymous bulletin board for troops, leading to Defense Minister Suh Wook issuing an apology.

Those under COVID-19 quarantine and at boot camps, in particular, have also voiced complaints about the poor sanitation of temporary isolation facilities and excessive antivirus regulations, such as restricting bathroom access.

The task force, set to be launched Thursday, will check on current circumstances of food service, facilities, medical service and personnel affairs, and devise ways to fix problems and better the conditions, according to the officials.

The 40-member entity, to be led by Vice Defense Minister Park Jae-min. will not only involve government officials, professors, and nutritionists but active-duty military cooks, they added.

Soldiers assigned to prepare meals have said that they have been overworked and been under heavier pressure after such meal quality issues were raised.

"We will thoroughly review the overall living conditions of our troops in close cooperation with related ministries and diverse groups concerned, and come up with fundamental ways of improvement," a ministry official said. 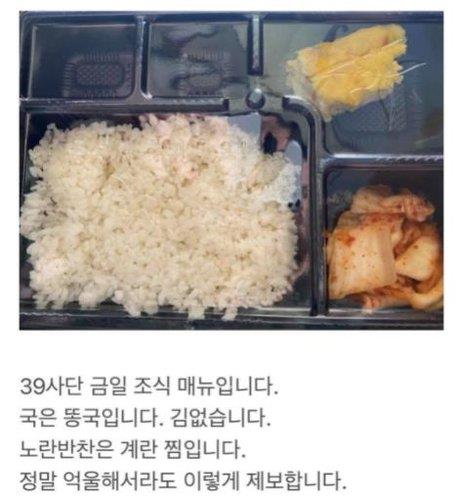