SEOUL, June 1 (Yonhap) -- Unification Minister Lee In-young reiterated his commitment Tuesday to resume a long-suspended tourism project to North Korea's Mount Kumgang when he met with the head of Hyundai Group, which used to run tours to the scenic mountain.

"We remain unwavering in our commitment to push ahead with projects like allowing individual tours to Mount Kumgang as soon as the coronavirus situation improves," Lee said during the meeting with Chairwoman Hyun Jeong-eun of Hyundai Group.

Lee voiced hope that the two Koreas could expand the cross-border project to allow individuals, beginning with families separated by the 1950-53 Korean War, to visit other regions, such as the eastern coastal town of Wonsan.

In response, Hyun said her group has "great expectations" since the latest summit meeting and voiced hope that the two Koreas can resume tours to Mount Kumgang and reopen the Kaesong Industrial Complex at an early date.

Launched in 1998, the tour program to Mount Kumgang was regarded as a major inter-Korean cooperative project. Hyundai Asan, an affiliate of Hyundai Group, had been an operator of the tour program to the mountain until tours came to a halt in 2008, when a South Korean tourist was fatally shot by a North Korean soldier.

At a 2018 inter-Korean summit, the leaders of the two Koreas agreed to resume the tour program as soon as conditions are met but little progress has since been made.

North Korea has demanded South Korea remove the long-abandoned facilities at the mountain since late 2019, saying it plans to build its own international tourist zone in the area. 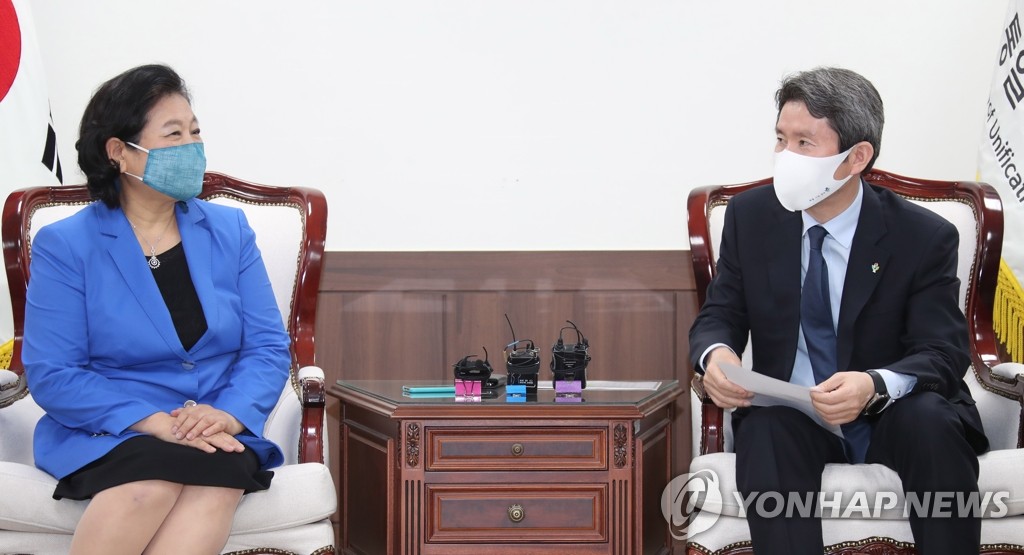