It is unprecedented for Moon to have a separate meeting with the representatives from the so-called Big Four groups at Cheong Wa Dae since his inauguration in May 2017.

Samsung Electronics Vice Chairman Kim Ki-nam, who is in charge of the firm's device solutions division, will be present at the session instead of Lee Jae-yong, the de facto head of the group who is in prison.

The president is expected to brief them on the results of his May trip to the United States for summit talks with President Joe Biden.

Moon is likely to request support from the corporate sector for a summit agreement to further deepen economic cooperation between the allies, especially for the resilience of global supply chains in such high-tech industries as semiconductors and electric vehicle batteries.

Attention is being paid to whether the politically sensitive issue of whether to grant a special presidential pardon to the Samsung chief will be raised in the meeting. 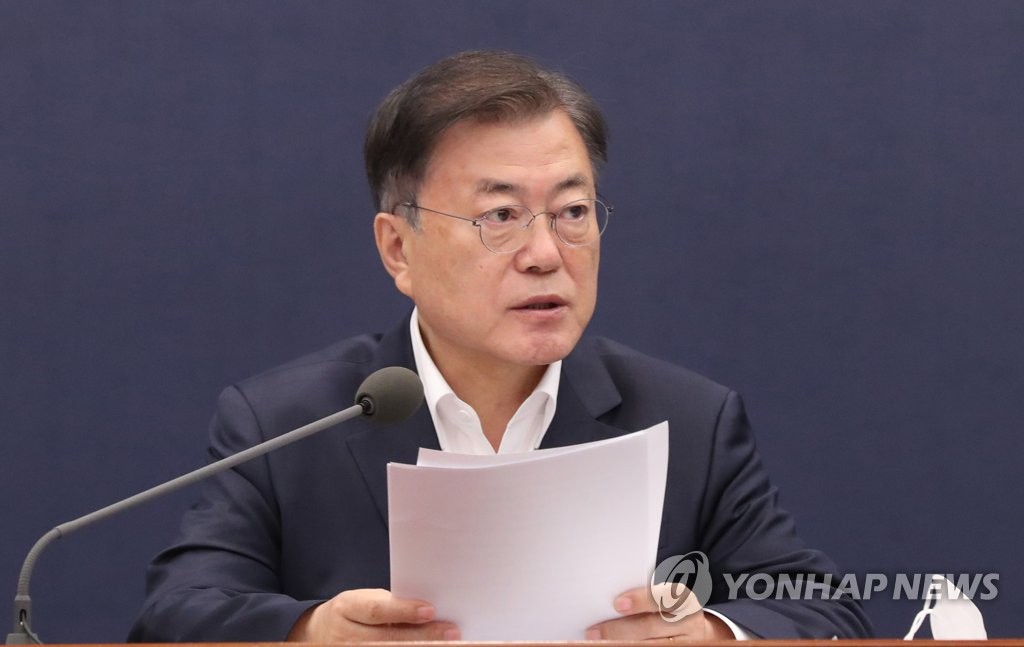