SEOUL, June 2 (Yonhap) -- Military prosecutors sought an arrest warrant Wednesday for an Air Force noncommissioned officer on charges of sexually harassing a female colleague, the defense ministry said, amid mounting criticism that the military's mishandling of the case led to the victim taking her own life.

Investigators also took the suspect, identified as master sergeant Jang, into custody. He is suspected of sexually harassing the victim of the same rank inside a car on their way back to the base in the western city of Seosan after a private gathering in March.

A military court was to hold a hearing to decide whether to issue the warrant, the ministry said.

The military came under intense criticism following revelations that the victim took her own life, and her family members claimed that her superiors tried to persuade her to reach a settlement with the alleged perpetrator without taking due protective measures.

Earlier in the day, Defense Minister Suh Wook pledged a transparent and thorough investigation when he met with the bereaved family members at a military hospital in Seongnam, south of Seoul, where the body of the female master sergeant is laid.

"We will thoroughly look into the case so that there is no room left for any doubts," Suh told the parents of the late master sergeant, promising a "transparent" investigation, according to pool reports.

Following an hourlong closed-door meeting with the minister, the mother of the late victim passed out after sobbing in front of her daughter's portrait and was transferred to a hospital. 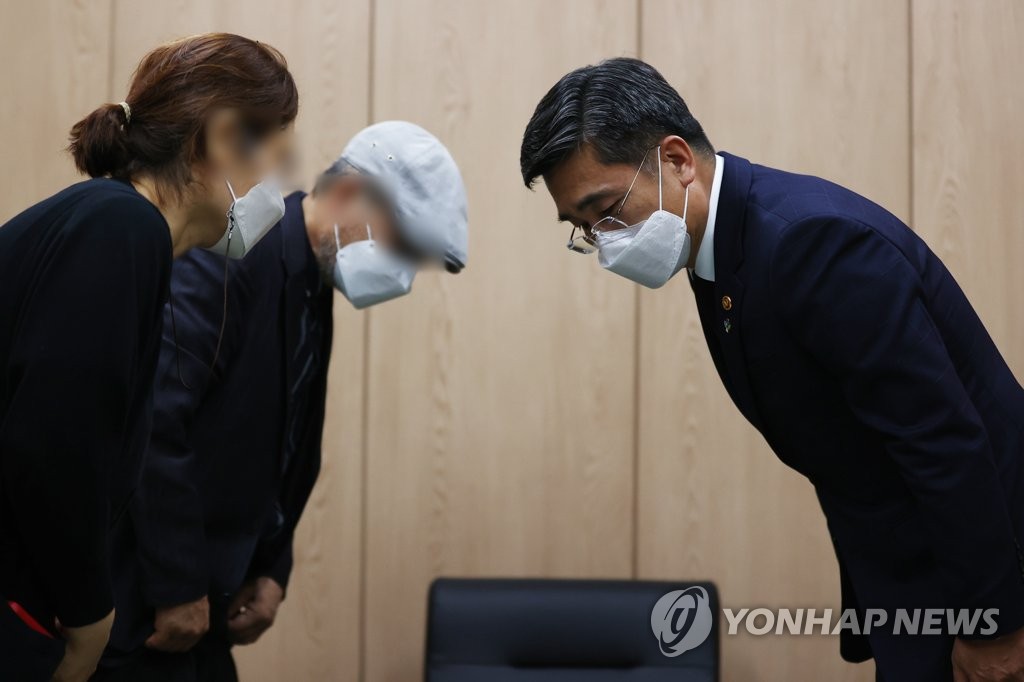 On Tuesday, Suh ordered the Air Force to hand over the case to the defense ministry. The investigation team will also look into whether the military appropriately handled the case when it was first reported.

Starting Thursday, the ministry will also run a two-week special reporting period for sexual harassment cases in the military to check if there are any other sexual violence cases in barracks.

Service members who suffered or witnessed sexual abuse can report it via a phone call or email, according to the ministry.

"Through this special reporting period, the defense ministry will make utmost efforts to protect victims who haven't been able to report their sufferings," the ministry said in a statement.

Meanwhile, the Air Force is also looking into a case where a technical sergeant in the central city of Chungju allegedly broke into the quarters of his female colleagues and illegally took photos of their bodies and underclothes.

At least six female service members were believed to have been victimized between last year and May, but the number could grow further as he is suspected of committing such acts also against civilians. 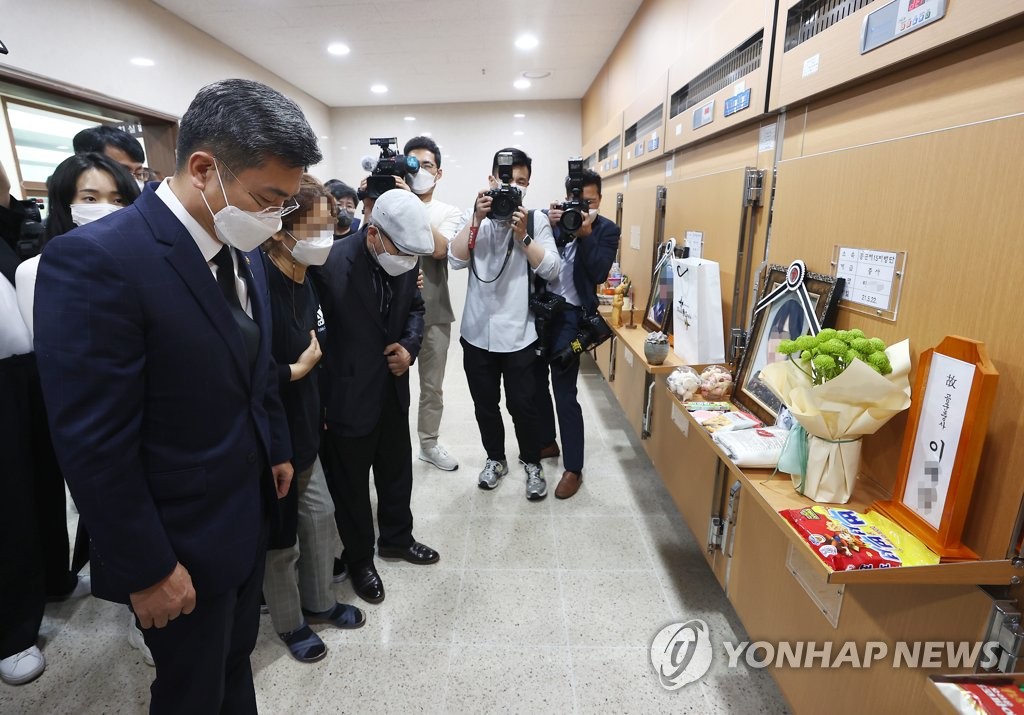