The companies, including retail giant Lotte Group, pharmaceutical firms and game publishers have introduced vaccine leave from one to three days depending on their employees' symptoms after vaccinations, industry sources said Wednesday.

On Tuesday, Hyundai Motor "preemptively" agreed with its union to allow vaccinated employees to take a paid vaccine leave until the following day, a company spokesman said, adding other group affiliates, such as Hyundai Mobis Co. and Hyundai Rotem Co., are in talks with their unions to adopt the vaccine leave. 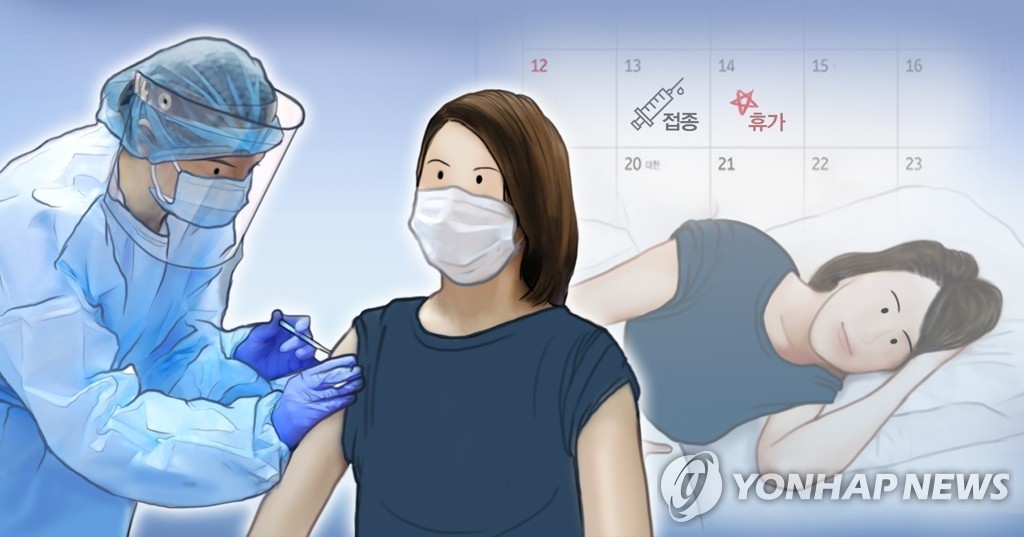 Companies, such as AmorePacific Corp., Samsung C&T Corp. and Gmarket, have also introduced the vaccine leave for up to three days.

More are expected to join the move to encourage more of their employees to get vaccinated, thus making their workplaces safer from the pandemic.

As the vaccine rollout among the elderly population gains pace, the health authorities are gradually easing social distancing guidelines for those who have received at least one shot of the vaccines.

While up to eight immediate family members are currently allowed to gather, those who received at least one shot of the vaccines are exempt from the social distancing rule starting Tuesday.

People who have gotten their first shots will be allowed to take their masks off outdoors starting in July and get discounts on fees at major public facilities, health authorities said.

The government aims to inoculate at least 13 million people, or a quarter of the country's population, by the end of this month, and create herd immunity by November.

A total of 6.35 million people have received their first shots of COVID-19 vaccines since the vaccine rollout on Feb. 26, taking up 12.4 percent of the total population.

The KDCA said 2.2 million people, or 4.3 percent of the total population, have been fully vaccinated, according to the health authorities.

On Wednesday, the country added 677 new infections, including 654 local infections, raising the total caseload to 141,476.